Chaka Khan: Funks Up the Fest

The dynamic musician prepares to serenade the masses at the 2014 Jazz and Heritage Festival while bringing her philanthropic spirit to New Orleans. 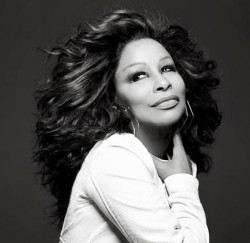 Chaka Khan, one of the world’s most beloved musical icons, blessed with an effervescent stage presence and powerhouse vocals that reach high into heaven, is coming to town to funk up the New Orleans Jazz and Heritage Festival. On May 2, the oft-heralded Queen of Funk, whose hits include “Tell Me Something Good” and “Ain’t Nobody” with trendsetting band Rufus, and “I’m Every Woman” and “I Feel for You” as a solo artist, will hold court over a spellbound audience that will no doubt witness a highly memorable moment in Jazz Fest history. And Khan is looking forward to all the fun. “I always love to play New Orleans,” says Khan, who has sung in many music genres, including R&B, pop, dance and jazz. “I’ve had only good experiences playing New Orleans. People are always really wonderful. It’s one of those places where I seem to connect very well with the people, you know? New Orleans is one of my favorite places to play.”

The 10-time Grammy winner will spend her time in New Orleans just a bit differently than she did during past visits. “Back in the day, girl, I was younger, partying and having a good time — let’s put it that way,” she says. “I used to have my share of fun with a bit of debauchery.” But for about the last 10 years, Khan has enjoyed sobriety — a journey that she discusses publicly in order to help others who may struggle. Nowadays, she prefers to do her gig and then visit with friends or head back to her hotel to find a good movie. “I keep it cool because that’s where I’m at right now,” she says. “I enjoy New Orleans immensely; I just can’t be walking down Bourbon Street drunk!”

Keeping her cool has allowed Khan to focus on the things that fulfill her, including new music. “My new song is called ‘I’m in Love With Myself’ — it’s another women’s anthem kind of song — but it’s an anthem for anyone. You can take it how you want.” Khan is also preparing to update her autobiography, with Tonya Bolden, who co-wrote “Chaka! Through the Fire,” published in 2003. “I’m going to add my walk through life from a spiritual point of view to it, and we’re going to do it from a more in-depth point of view of how I made it through this crazy life of mine and how I survived. It’s going to be interesting!” she laughs.

And always in tune with the plight of her fellow man, woman and child (as a teenager, Khan ran a free breakfast program for a church on Chicago’s South Side, where she grew up), the songwriter/producer easily turns philanthropist/activist when she believes she can really help others. One of several initiatives of the Chaka Khan Foundation, The SuperLife Transformation Initiative partnered in 2011 with the Essence Music Festival and the Institute of Women & Ethnic Studies in New Orleans to help implement a year-long life- and community-altering transformation process for 50 women here in New Orleans. The program includes helping women meet such goals as financial security, stable housing and small business ownership.

“It’s the least I could do,” Khan says. “I came down not long after Katrina for the Essence Festival and the vibe was so changed! I felt some kind of psychic power screaming out to me; I couldn’t just come down there and just sing. You know what I’m saying? I started talking to women who worked at the hotels and asked them about their stories. When I heard some of those stories, I said, OK, we have to hold a press conference or something and bring women in so I can hear more from them and see what I can do to help. It turned out to be a wonderful thing, and I’m hoping to check in while I’m there to see how things are going.”

Participants who successfully complete the program go on to mentor the next year’s group. “We are here to be of service to one another,” Khan adds. “That is one of our fundamental reasons for being here. And if you are not being of service to somebody, then what good are you?”

Khan has been honored with a plethora of awards, certified gold and platinum records and accolades throughout the years for the incredible, soaring heights she’s reached in the music world. In addition to her scores of Grammy Awards and nominations, Khan has been inducted into the Apollo Theater’s Legends Hall of Fame; she has earned a star on the Hollywood Walk of Fame; and she has won the Soul Train Legend Award. This list is lengthy and impressive and, amazingly, on July 27, 2013, “Chaka Khan Way” was established in Khan’s hometown, close to her high school. It was a fitting tribute to a remarkable woman who celebrated the 40th anniversary of her career in music and entertainment that year. “That was one of the biggest things, I’d say, because I grew up in Chicago and it can be a pretty racist city, and for a black person to get a street named after them while they’re still alive,” laughs Khan, “that was so meaningful to me. It’s a big accomplishment, and it’s funny too — because that high school is where I really raised a lot of hell! You would have thought I’d be the last person they would name a street after! Those were my revolutionary days, you know, all that hell-raising, but it’s OK!”

Recently, Khan stated that she was finally living her life like it’s golden. “I’m sober; I was dipping in and out for many years, and I started taking care of myself physically, and I’m taking part in a big way in my life — where I used to just lay back and say, ‘whatever,’” Khan explains. “I’ve gotten very interested in leaving a legacy for my family, for the babies and any other babies I can help. I want to leave a legacy for young people, and I got proactive in many ways, in my personal life and the other lives I’ve been graced with, so I’m in a state of grace right now with all these unmerited blessings I’m getting. I am very thankful. I’m very busy, but it’s a labor of love, and I’m loving it because I’m a clear mind and I can make good decisions and that’s important. It doesn’t feel like I’ve been at this 40 years. I don’t feel like I’m 60 years old — and those are Earth years, you know? I think that spiritually, I’m just another age — I have so much more to do, you dig? Forty is nice, but I think I’ve got another 40 years left, don’t you think?”