Woman on a Mission

A local healthcare consultant has far-reaching plans for the Crescent City. 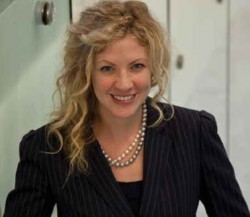 Heidi Redmond Raines started her career in healthcare in high school when she got a job at the front desk of a small clinic in Breaux Bridge, but it didn’t take long for her to ascend from the ground level to a bird’s-eye view of the healthcare industry.

“When I got out of college, my first job was with a management consulting firm for a hospital system,” she says. “I was lucky to work closely with the CEO, and, from him, I learned about healthcare as a whole — not just one aspect of the industry. It’s something many people don’t get perspective on until much later in their careers.”

Now, about 15 years later, after gaining additional experience in several other positions in the healthcare field, Raines runs her own consultancy. Dubbed Medical Executive Partners, it operates out of the BioInnovation Center on Canal Street, and, as president and CEO of the growing firm, Raines is relatively unique. Although women are well-represented in the healthcare field, according to the U.S. Bureau of Labor Statistics, only 4 percent of healthcare CEOs are female. So, it should come as no surprise that others have taken notice of how Raines is breaking new ground. In 2013, she was honored as one of New Orleans CityBusiness’ Women of the Year.

Medicine is complicated, to be sure, but the business of healthcare can be almost as challenging. One way that Raines and her team help clients is by assisting them with compliance issues. Medical providers have to navigate the ins and outs of HIPAA and patient privacy, Medicare and Medicaid eligibility, insurance reimbursements, regulatory standards and so much more. It’s quite complex, but failure to keep up can lead to harsh consequences.

“A lot of what we do comes down to preventing problems and protecting revenue,” Raines explains. “For example, every time you go to a doctor, the office bills your insurance company. A common practice is for the insurance company to randomly audit bills for accuracy. An effective compliance program helps a practice fulfill its legal duty to government and private insurers by proactively monitoring the claims process.”

Meanwhile, the Affordable Care Act has strengthened compliance rules for Medicaid and Medicare. As one example, medical providers need to report and return overpayments within 60 days (even when the overpayment was caused by an innocent mistake) or they could face charges of fraud. In addition, medical providers accepting government reimbursements must now establish formal compliance programs — whereas in the past, such programs were optional.

“A large hospital system has the resources for an in-house compliance department, but a 20-person practice with three locations probably doesn’t have a designated compliance department,” Raines says. “They might have someone on staff trying to keep up with it all, but it can be overwhelming. We are looking at making comprehensive compliance programs accessible to small and medium-sized healthcare organizations.”

Medical Executive Partners also does consulting for businesses looking to ramp up new projects in the healthcare field by conducting feasibility studies, writing business plans, developing financial models, researching tax incentives and more. For example, Raines was instrumental in the launch of the Vivere-Audubon Surgery Center, which focuses on fertility issues and recently opened on Napoleon Avenue.

And when Raines isn’t working on her business or for her clients, she holds a preceptor faculty position at Tulane University in the Master of Health Administration program. Her goal there is to impart the encompassing view of the healthcare industry that she received early on in her career.

“I was given the opportunity to sit at the table at the executive level, and I try to recreate that same experience for our residents,” she says. “We immerse them in what it’s like to be [the] consultant and executive, so they can understand the system and how all the parts work together.”

All this activity keeps Raines very busy, which is why she initially turned down an offer from the Goldman Sachs “10,000 Small Businesses” program. The world’s largest investment bank offers this three-month, intensive business course to select business owners free-of-charge. When a program recruiter called while Raines was in a meeting with a client, the client asked, “Goldman Sachs is calling you, and you’re not taking their call?” Raines then realized that the opportunity was too good to pass up.

With Raines’ business knowledge and industry experience, she will continue to build Medical Executive Partners, but she’s looking to do it in a way that also builds the local economy. She welcomes clients who attract destination healthcare to New Orleans or Louisiana, who want to forge public-private partnerships and who open facilities in underserved markets.

“The new surgery center created new jobs and filled a niche in the healthcare marketplace,” she says. “We want to work with players that will create employment opportunities and provide or augment services that provide treatment options and broader access for care that people didn’t have here before.”

1.16K
previous Spaces & Design: Good Groundwork
next The Run of Your Life