Wellness From the Inside Out: A New Orleans business helps clients overcome eating disorders. 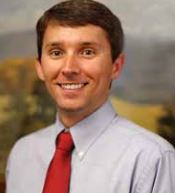 Licensed professional counselor J. Casey Martin opened his practice, Martin Mental Health, in Sept. 2013. “I specialize in the treatment of eating and anxiety disorders,” Martin says. “But, more specifically, my practice focuses on binge eating and weight loss.” Martin often works with men suffering from these issues, noting that they are an “obvious, yet underserved population.”

The counselor approaches his work from a cognitive-behavioral perspective. This means that he works with clients to explore patterns of thought, actions and personal values to gain insight into concerns and to develop solutions. “I am also excited that I’ll be co-facilitating an outpatient eating disorder support group beginning in May,” Martin says. “Group therapy allows individuals to have more support during the week and feedback from their peers.”

At the Eating Disorder Center of Denver, where Martin previously worked with clients suffering from binge eating, he encouraged independence. “In Denver, people would come from all over the country to attend our 10-week binge-eating treatment program,” he says. “It was my job to provide the skills necessary to stop the bingeing behaviors once they returned home.”

Now that he’s home, Martin aims to help the New Orleans community find a balance between its health and culture. “I’ve been humbled and thankful for how quickly the community has welcomed and supported me and my practice,” Martin says. “I really appreciate the kindness, and I hope to continue contributing to our city’s healthier and happier future.” martinmentalhealth.com

Calm Waters: It’s all fluid at this new therapy-oriented business.

Founder of NOLA Float Tanks, Spencer Fossier, became interested in flotation therapy after hearing a podcast by comedian and commentator Joe Rogan. Flotation therapy refers to simply floating in a tank of water for a period of time; each tank’s water contains hundreds of pounds of Epsom salt, which increases the water’s density, allowing the body to float effortlessly.
Fossier did some research, and discovered that flotation, a type of restricted environmental stimulus therapy, or REST, could offer benefits for sufferers of attention deficit disorder. “Having been diagnosed [with ADD] earlier in my life, I figured this was something I should try,” Fossier says. He notes that in addition to causing the brain to release endorphins, floating can also increase blood circulation and help detoxify the body.

Fossier first experienced flotation therapy last summer in Houston, and he knew he wanted to float more frequently than the five-hour drive to Houston would allow. He promptly founded NOLA Float Tanks, which opened early this year in Jefferson Parish.
Though Fossier is quick to note that he’s not a physician, he can vouch for the benefits flotation therapy has personally provided him. “Personally, I experience physical relief similar to that of a chiropractor visit,” he says. “Other effects are that I’m more centered and not as easily distracted.”

Along with assuring claustrophobic clients that they have full control over their tank’s door being open or closed, Fossier is most often asked how often the tanks’ water is cleaned. “The tanks auto-filter seven times between clients, both chemically and superficially,” he explains. Float on! nolafloattanks.com
Falling for Falafel: More chickpeas, please!

The food-truck phenomenon in New Orleans has grown rapidly over the past few years. One of the city’s most popular trucks is also one of the most environmentally friendly — Fat Falafel, created by Theresa Galli and Gavin Cady, serves “socially responsible street food.” Lovers of the truck’s signature chickpea fritters will be glad to know that along with enjoying a tasty meal, they’re helping to make the food-truck scene more sustainable.

Fat Falafel’s menu, vegan by virtue of its Middle Eastern main attraction, includes two variations on the classic falafel sandwich. With a colorful “root slaw” of beets, carrots and other vegetables, and a garlic aioli known as “toum” atop its hand-cut fries, this truck can keep its offerings simple. “People love how fresh and vibrant everything is,” Galli says. “We’ve even converted some people that don’t normally like falafel into loving it.”

Fat Falafel serves up its dishes on biodegradable, recyclable or compostable packaging. The owners compost their food scraps and give used frying oil to Backyard Biodiesel. “Our goal is to take into account the ecological and social impacts that our business choices have, and to constantly work to make choices that are better for people and the planet,” Galli explains.
The owners plan to open a restaurant in Faubourg St. John, but they remain secretive about exactly what their first brick-and-mortar location will offer. “Hopefully, we will open in the late summer,” Galli says. “I can’t say more about the menu at this time, as we are still nailing things down.”

You can find the Fat Falafel truck serving lunch outside of the Tulane Medical Center on Tulane Avenue four days per week, starting at 11:30 am. If you miss it, just track it on Twitter @FatFalafel. thefatfalafel.com