The New Orleans Saints prepare for the draft — and a new look. 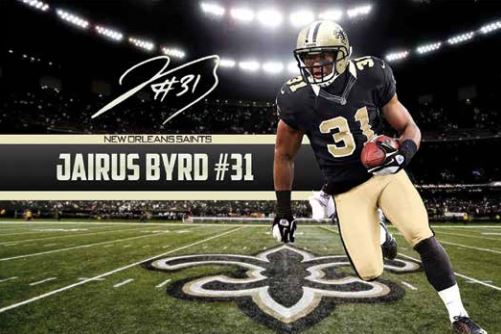 As the New Orleans Saints enter the NFL draft on May 8, they will be faced with a new landscape as several key changes have occurred.

Darren Sproles was traded: The Sean Payton Saints can be said to fall into two eras: the 2006-2010 seasons with Reggie Bush and the 2011-2013 seasons with Darren Sproles. Although the years with Bush included a Super Bowl, that championship came with him playing something of a specialized role — and formed the foundation of an emphasis on the run game, which made the offense extremely unpredictable for teams to attack. That offense was seventh in rushing attempts and sixth in rushing yards, and the play action was typically unstoppable.

In the years that followed, the Saints finished 30th, 20th (the first year with Sproles), 29th and 26th in rushing attempts. As Brees clicked with Sproles (86, 75 and 71 receptions in 2011-2013, respectively) the offense also became increasingly predictable.

Seventy receptions is a lot for a running back; there were only five to reach that level in the whole league (two of whom were named Charles and Forte), but the Saints had two by themselves. Sproles’ departure leaves either Travaris Cadet in his stead or creates an empty spot as a placeholder, with a running back to be named in the draft or from the field of undrafted free agents. It certainly appears that Payton wants to build a new foundation on a better running game. This was borne out in the playoffs, when the Saints beat the Eagles and lost to the Seahawks while accentuating the rushing game, averaging 31 attempts and 146.5 yards per game, very much on par with Seattle, San Francisco and New England.

The defensive backfield has been transformed: The Saints have released Malcolm Jenkins, Roman Harper, Jabari Greer and Isa Abdul-Quddus, and have added Jairus Byrd, Marcus Ball and Champ Bailey. They also matched Atlanta to keep Rafael Bush to run with Kenny Vaccaro. This pattern has to be viewed within the context that the Saints spent a first-round pick on a safety — Vaccaro — last year. And the Byrd contract is a NFL high for a safety.

Perhaps most telling was a recent quote from Sean Payton: “There was a time when that money might have gone to running backs in free agency. I think it’s shifted offensively over the years as teams look at the makeup of their roster. Specifically, you are looking for ball production. You really begin to value those guys, who … the ball finds them. [Byrd] is one of those players who really seems to be around the ball a lot. … There was a time when if a safety was in position, the quarterback might not throw to a target. I think [now] he might be in position, but if he is someone who can’t turn his hips, or if he is someone who struggles catching the football, the quarterback is throwing it. I think offenses pay close attention to ball skills on the other side of the ball and attack those players who don’t have it.” One possible interpretation is that Payton, a renowned passing game and offensive guru, now values safeties on a level par with running backs. That is quite a sea change in philosophy.

Lance Moore has departed: Marques Colston and Kenny Stills, followed by Nick Toon and Joe Morgan as potential third and fourth receivers, essentially lead the Saints’ wide receiver corps, and Robert Meachem could be resigned. This leaves a lot of room to maneuver in the draft or free agency. The Saints may be holding one or more spots for the draft, including perhaps one of the top six or so receivers that could go in the first round. As with Sproles, the loss of Moore means that Brees has lost yet another reliable target if nothing else happens.

Former starting left tackle Charles Brown and center Brian de la Puente have signed elsewhere: De la Puente’s departure is especially notable because the Saints have devoted so much to the middle of their line. From Jeff Faine to Jonathan Goodwin — and then (for a while) Olin Kreutz — the Saints’ front office has emphasized putting smart and capable vets in at center. De la Puente stepped in when Kreutz suddenly retired, but he was himself a veteran of several camps — and he had great communication and rapport with Brees and the rest of the line. The Saints might start Tom Lelito (signed last year as a rookie, undrafted free agent out of Stanford); they could sign Goodwin back again; or they could draft someone. The best scenario for Brees would be Goodwin. Alternatively, another way to look at this scenario is that the Saints would prefer to have more of a mauler than de la Puente — someone who could be more of a force in the run game.