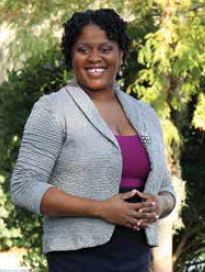 Sénica founder Benardett K. Jno-Finn, who grew up on the island of St. Croix in the U.S. Virgin Islands, created what would become her all-natural body product line in response to her own skincare struggles. “I always had sensitive skin, and then I moved to Syracuse, New York [to attend college],” she says. “When I moved to Syracuse, the drastic change in the weather really caused a lot of complications for me and my skin.” The biochemistry student spent a great deal of time at the dermatologist’s office, seeking treatment for conditions like eczema and dermatitis.

“That’s when I started looking at ingredients that I grew up with,” Jno-Finn remembers. “Starting with that, and researching other ingredients, I started to create products for myself.”

Essential oils in scents like lavender, tea tree, orange and bay rum help calm and balance the senses. “They’re head-to-toe products that can be used on all skin types,” Jno-Finn says.

In Syracuse, Jno-Finn found that with the help of her self-created skincare regimen, along with regular exercise and good hydration, her skin issues abated. “Those are the things that form the foundation of Sénica,” she says. “When you pay attention to your body and how it responds to things, a lot of times, you can curb those issues without major medical intervention.”

After moving to New Orleans in 2007, Jno-Finn launched Sénica at the Freret Market. The company has grown to include other hair and body products, including Senk solid shampoo and conditioner bars, which avoid stripping the hair’s natural oils.
“At the end of the day, I get to help a lot of people celebrate their natural beauty,” Jno-Finn says. senicanaturals.com

Bella Nut Butters began in founder Sydney Bazan’s kitchen, as the mom of two started creating alternatives to peanut butter for her kids’ school lunches. “It was literally a ‘little bit of this and a little bit of that’ kind of recipe until I began measuring ingredients to get accurate nutrition information,” Bazan says of her first batch of “sunbutter.”

When Hollygrove Market bought a case each of her Sunflower Honey, Peanut Butter Vanilla and Almond Joy butters, Bazan created a company at her husband’s urging. She makes her seed and nut butters with perilla seed oil, which contains high levels of healthy omega-3 fatty acids, and includes other delectable, organic ingredients, like chia seeds, cinnamon, cacao powder and local raw honey. “Each jar has over 3,000 milligrams of omega-3s per serving,” she says.

Last summer, Bazan formed an LLC and made Bella Nut Butters official. “We’ve taken off, partly because our product is handcrafted from the highest-quality ingredients and is incredibly fresh, not to mention clean-tasting and loaded with omega-3s,” she says. “Our products are all vegan, except the Sunflower Maca Cinnamon Honey, and that all depends on how vegan you are!”

Bella Nut Butters has grown quickly, with plans in progress to diversify offerings and partner with other health-oriented retailers and organizations — and Bazan is watching the company head for Canada. “We are already a fast-growing company, but we have been approached by a major food distributor who sells to 500 stores in [Montreal and Ottawa], as well as distributors in the Toronto area,” she says. That’s not to mention the many nut-butter fans that have reached out from places as distant and diverse as Asia, Australia and the United Kingdom.

Bazan sees herself building Bella Nut Butters for her children, a mission that brings the company’s existence full-circle from its start in a school lunchbox. “My biggest challenge is balancing motherhood and business,” Bazan says. “Hats off to every working mama — single or married, entrepreneur or not — in existence.” bellanutbutters.com

Winning Attitude: Keep an eye out for this rising track star.

High school sophomore Chelsey Jones has had to overcome a few setbacks to pursue her passion for running. This spring, the young athlete’s hard work paid off when she set a record in the 800-meter event, completing the run in just over two minutes, 12 seconds at the Louisiana High School Athletic Association Track and Field State Championships.

“I always wanted to break the state record,” says Jones, who also runs cross-country. “That’s what I’ve been training for since I started running. It felt really good, and I was proud of myself.”

The child of two runners, Jones began running at the age of nine. “My parents put me, and my brother and sister, in summer track, and that was my first time running,” she says. She liked the sport immediately for its personal challenges. “When I run a really good time, it makes me feel good about myself and finally achieving that goal,” she says.

However, the past two years of running have posed several physical challenges for Jones. “I had a bruised bone in my right knee, and then I had hip problems in both of my hips,” she says. “And then I had a stress fracture.” Despite having to sit out half of one cross-country season because of the fracture, she hasn’t slowed down.

The teenage runner plans to become a general surgeon, and has already picked her top three colleges: Oregon State University, Texas A&M University and the University of Florida. Naturally, all three schools have excellent track programs.

Jones offers this advice to those who might like to achieve more confidence and break records of their own: “Just keep working hard. You should always push yourself to reach your goals. If you really set your mind to something, you can do it.”

152
previous Belly Busters
next Get Out!