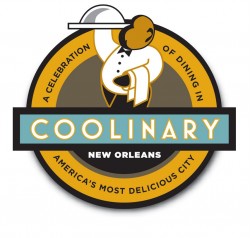 Aug. 2 – Whitney White Linen Night
Spend a Saturday evening strolling through the Warehouse District in your coolest white linen for the Crescent City’s annual Whitney White Linen Night! Sample tasty cuisine, imbibe fine wine and absorb all of the art our fair city has to offer. On that special night, six blocks of Julia Street (300 – 600) will be closed off for appreciation of what has been called the “SoHo of the South.” This year, several stages will be set up for live, local entertainment, and top restaurants and bars will be manning conveniently situated booths, so festivalgoers can delight all of their senses while supporting our valued art community. Plus, the Contemporary Arts Center will be hosting a White Linen afterparty! Come one, come all — and don’t forget to wear white! neworleansartsdistrict.com/white-linen-night

Aug. 9 – Dirty Linen Night
A few artists at a French Quarter gallery decided to hold a spoof of White Linen Night to feature the art and artists of Royal Street during the slow, sweaty month of August. Since then, the event has taken place annually, featuring the unique, artist-run galleries, shops and other businesses of the 200 – 1000 blocks of Royal Street. Dirty Linen Night, which is free and open to the public, will feature approximately 40-50 galleries and shops giving away treats, such as tasty snacks and alcoholic beverages. www.facebook.com/pages/Dirty-Linen-Night/219264395650
Aug. 9 – New Orleans Red Dress Run
Sponsored by the Hash House Harriers, a self-proclaimed “drinking club with a running problem,” the annual New Orleans Red Dress Run is a fun, charitable event that, in 2014, will raise money for over 100 local charities. The 3-to-4-mile run begins at 9:30 am at Armstrong Park, where runners donning their mandatory red dresses assemble for music and drinks before making their way through the French Quarter, spreading red-frocked joy to all and sundry. nolareddress.com

Aug. 27 to Sept. 1 – Southern Decadence Festival
Celebrate with the LGBT community for the 43rd Annual Southern Decadence Festival. Also known as “Gay Mardi Gras,” the festival started in 1972 and has grown into one of the largest gay celebrations in the country, attracting over 110,000 participants and earning almost $125 million in tourist revenue for the city of New Orleans. This weeklong extravaganza offers parties, contests and pageants centered at the Bourbon Pub on the corner of Bourbon and St. Ann streets in the French Quarter. southerndecadence.net