Get ready for your close-up. 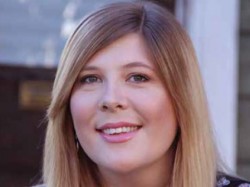 Instagram, Vine, Vimeo, YouTube … no matter what we do, we’re on camera. Constant photo opportunities are a given these days — and especially in the age of HD photography and video, it makes sense to learn how to look your best. We sat down with hair and makeup artist Stephanie Jennings, who works in the growing Hollywood South film industry, to learn her secrets and product recommendations for a camera-ready complexion.

Jennings graduated from the Cinema Makeup School in Los Angeles, and she cut her teeth on opera and theater productions. “When I decided to make the transition to film, I enrolled at the Aveda Institute in New Orleans,” she says. Here, she got her start in the film industry. “Some of the larger productions I’ve worked on as a hairstylist include The Fantastic Four and Jurassic World, which both filmed earlier this year in Louisiana,” she says.

SHOW-STEALING MAKEUP FOR FILM
PRIME TIME “For camera-ready makeup, I make sure to always use a primer first,” Jennings says. “I tend to avoid makeup with a lot of shimmer, because while it looks flattering in person, it doesn’t work as well on camera.”

LESS IS MORE “Traditionally, heavier makeup was used, but since high-definition became standard, that has changed,” Jennings says. “There has been a demand for products that provide good coverage but don’t look or feel heavy.” She recommends Make Up Forever’s HD line for light, long-lasting coverage.

PLAY UP CURVES “Subtle contouring can enhance cheekbones,” Jennings says. “I like using Dallas by Benefit. It’s flattering on a wide range of skin tones, and it blends easily to create a natural contour.”

NO SWEAT “With the climate in New Orleans, and under the lights on set, it’s inevitable that an actor’s skin may develop a shine,” Jennings says. “Rather than continually applying powder, which can start to look caked-on, I use blotting sheets to remove the shine.”

BUY LOCAL!
Hair and makeup professionals can visit Last Looks Makeup & Hair Source in Metairie for a wide range of products. “As the film industry in Louisiana has grown, so has the support system around it, and shops like Last Looks are a part of that,” Jennings says. 4241 Veterans Memorial Blvd., (504) 454-9477, last-looks.com

348
previous A November to Remember
next Style: November 2014