For president and general manager of Mercedes-Benz of New Orleans Jamie Moll, success is all about hard work and a commitment to customer service. 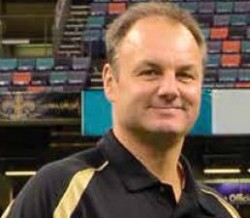 A lot of cars pass through the Mercedes-Benz dealership in Metairie, as do plenty of customers. “We sell about 85 new cars and 50 used cars every month,” says Jamie Moll, the president and general manager of Mercedes-Benz of New Orleans. “But one deal doesn’t mean anything to me. It’s about building a relationship.”

Moll is looking for people who love to own a Mercedes-Benz, who identify themselves with the cars. His loyal customers become devotees of the brand and the dealership. They trade in their cars every five years (give or take) and, while doing so, they become part of the family.

“Every Saturday, we bring in a large order of Morning Call coffee and beignets,” Moll says. “The food isn’t just for people in the market for a new car at the moment. It’s for anyone who wants to stop by, and people do. We encourage them to.”

Moll adds that he’s been at the dealership for 24 years (since 1990), and there are many current employees who started working there before him. “With loyal customers and a staff of long-term employees, it really is like a family,” he says.

As the only Mercedes-Benz dealership in the metropolitan area, Mercedes-Benz of New Orleans draws customers from places like Thibodaux and Mississippi. Moll lives on the Northshore, as do a lot of his customers, and, when a car needs service, he’ll often drive the vehicle across the Causeway for them and even let them borrow his Mercedes-Benz for the day. Moll encourages his other Northshore employees to do the same.

But this talk of family notwithstanding, the dealership is (of course) still a business where the customer is trying to get the best deal and the dealership wants to earn revenue. Moll says, however, that he doesn’t buy into the stereotype of the scheming car salesman. Even if a salesman wanted to be misleading, customers know what they’re looking for — thanks to the availability of Internet research. “Today’s buyer has more ammunition than they’ve ever had before,” Moll says. “They know what a car is worth. We’re very open with our customers.”

The dealership also sells Smart cars — a brand that Mercedes-Benz bought three years ago. These cute, diminutive autos offer excellent fuel efficiency and ease of parking. The brand began in Europe within its old cities with narrow streets, so Moll didn’t quite know which American demographic would turn out to buy them. He thought maybe it would be younger professionals who lived in the French Quarter and downtown, but it turns out older men buy them most.

“We just delivered one to a guy who’s retired,” Moll says. “It’s almost a toy for him. He has a big pickup truck, but he wanted something fun to run around in.”

Moll’s boss at the top of the corporate hierarchy is Tom Benson, the same Tom Benson who owns the New Orleans Saints. Benson, in fact, began his career at age 19 in the accounting division of a Chevy dealership in New Orleans and built his initial fortune in automotive retail. Today, Benson Auto Group also owns Best Chevrolet in Kenner and three dealerships in San Antonio. And it’s not entirely happenstance that Mercedes-Benz acquired naming rights to the Superdome in 2011. Benson has a strong relationship with Mercedes-Benz USA.

“It was super exciting when that happened,” Moll says. “Everyone was talking about it. It’s not that sales here skyrocketed, but it created a buzz that has lasted for years.”

Moll grew up on the Northshore from age 8, when his dad moved the family from Illinois for a job. But his dad soon left that job and opened an outfit called Rental City that rented construction equipment, lawn mowers and the like. Moll began working for him in high school.

“He was a great businessman and really successful,” Moll says. “I would do anything he told me to do. I attribute my work ethic to him. He’s the hardest boss I ever worked for.”

Moll majored in business management at Southeastern Louisiana University in Hammond and took a job working for a national rental-car chain, but, in less than a year, he was working for Benson. At that time, the Mercedes-Benz dealership was on St. Charles Avenue, and Moll started in a division called Benson Leasing, which operated in a segment similar to his father’s business. The division was actually in the process of winding down and closing, and Moll’s boss, who took him under his wing, would often have him observe what was happening on the dealership side.

Moll’s devotion to work paid off. He later became a salesperson on the sales floor, moved up to the financing department and was promoted more times until he landed in his current position.

“It’s not a paper pushing business,” Moll says. “Every day is different. I try to instill a pride factor in everyone. Whatever customer needs, whatever needs to be done, we do it. I probably pick up more trash on our lot than anyone else.”