This local cardiothoracic surgeon has a heart for post-op patient care. 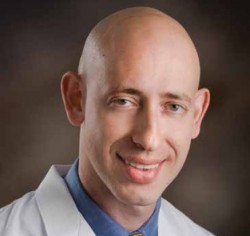 Born in Russia, Dr. Eugene Kukuy and his family came to the United States when he was nine years old. He grew up in New Orleans, attended the Isidore Newman School and followed his early interest in medicine into an accomplished career as a cardiothoracic surgeon. “I started working at Touro Hospital when I was 15 years old,” Dr. Kukuy remembers. “I always liked the way the physicians made me feel — like they had a special power to make someone feel good.”

As a nursing assistant at the hospital, he ran specimens to the lab and took care of other routine tasks — but he also got the chance to observe medical procedures. “I saw my first open-heart surgery when I was 15, so that obviously mesmerized me,” he says. The surgeon he saw operating that day would later become his partner at Touro Infirmary.

After earning his undergraduate degree at Columbia University, Dr. Kukuy returned to New Orleans to attend Tulane University School of Medicine, where he went on to complete his general surgery residency. During his residency, he took time off to do heart surgery research at Columbia University with Dr. Mehmet Oz (who is now host of The Dr. Oz Show). Next, he completed fellowships in cardiothoracic surgery at Cornell University and Memorial Sloan Kettering Cancer Center. Although Cornell asked him to stay, Dr. Kukuy knew it was time to return to New Orleans — despite Hurricane Katrina’s impact during his final year of fellowship. In July 2006, he joined Touro and began working in a group with the very same physician he had watched operate when he was 15 years old.

As a cardiothoracic surgeon, Dr. Kukuy performs surgery on patients at hospitals throughout New Orleans. He also works with cardiologists and other physicians to manage emergencies. Although medical advances — including the growing practice of mitral valve repair instead of replacement, and the use of the robotic da Vinci Surgical System for lung-cancer surgery — have changed his field somewhat, the doctor attributes much of cardiothoracic surgery’s positive developments to pre- and post-surgery care. “I think the key to success has to do with really taking better care of patients after surgery,” he says. “We’re very advanced in overall critical care.”

Dr. Kukuy is personally committed to supporting and educating his patients, from the start of their illness through surgery and recovery. “My philosophy is: Whatever patient comes into my office, they get as much time as they need,” he says. “What I want them to get out of the visit is understanding the disease process. I want them to feel extremely comfortable and confident that they have someone who’s going to be up day and night making sure that they get through this process.” He never leaves patients to recover on their own after surgery, since this is when complications and critical conditions can often arise. “They have me 100 percent of the time, 24/7, no matter what, through their recovery period,” he says.

Understandably, Dr. Kukuy’s work absorbs most of his time. When he’s not in the operating room or working with patients, he spends time with his wife and two kids — and, when his schedule allows, he pursues a few hobbies. “I like to do photography; I like to play the guitar, and I like to exercise,” he says. “Those are the kinds of things I like to focus on.”