Woodwind Beneath His Wings: This musician’s motto is “I came for sax.” 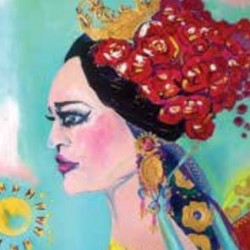 Khris Royal’s resume is too long to list here. Suffice it to say that this musician, composer, producer and bandleader hasn’t needed to look for gigs since high school, when he left the New Orleans Center for Creative Arts for a full ride at Berklee College of Music in Boston. Royal’s original music for his band, Dark Matter, hints at genres ranging from blues and jazz to funk and ska — and his saxophone chops are easy evidence of a career split between practice and performance.

In addition to leading Dark Matter, Royal tours with West Coast band Rebelution, and George Porter Jr. and the Runnin’ Pardners. “When I’m not on the road with Rebelution and George, I play every Sunday with Pat Casey and the New Sound, which is a modern jazz group,” he says. “I also play a lot with Gravity A, which is a funky New Orleans electronic band.” He mixes it up, playing keys in the Big Easy Bounce Band.

“My music is kind of hard to describe, because I have so many influences,” Royal says. “There are definitely a lot of jazz influences in it. I listen to a lot of Nicholas Payton, Donald Harrison and Kenny Garrett.” Other influences include Prince, The Time, Parliament-Funkadelic and The Gap Band. “Mix it all up, and you get Dark Matter.”

As a composer, Royal maintains a positive outlook. “I believe in writing music with a purpose,” he says. “When I turn on the TV and see something bad happening in the world, I want to fix it. Music can heal. That’s what Dark Matter is all about: connecting every living thing in the universe and realizing we are all one.” khrisroyalmusic.com

Sweet on a special someone this month? Painter Olesya Robison, a member of the Where Y’Art artist community, suggests one of her Kiss paintings as a present for your paramour.

Bright reds, pinks and golds form the basis of the Kiss series. “My style is contemporary and Pop Art-influenced,” Robison says. “It evolves each time with a new theme for my Kiss paintings. The first, original kisses were drowning in ‘Champagne’ bubbles of 24-karat gold flakes and paint. For Valentine’s Day, I picked up a Candy Crush theme, with candy hearts, and encrusted them in crystals and gold.” Each Kiss painting is finished with a glossy layer of liquid-glass resin, bringing its lips to life.

Robison is also working on a new series inspired by Mardi Gras, which she’s calling the Queen portrait series. “I am picking five queens of Mardi Gras and doing their portraits,” she explains. “The style and direction is heavily influenced by the style of Gustav Klimt, and the modern influence of Pop Art.” olyrobison.com

From the Mountains to the Swamp: Mahala Trio invites you to dance to traditional Balkan music.

If ever there were a natural New Orleans way to form a band, it would start with a party. That’s how Balkan group Mahala Trio got together. “We met at a house party, where there were a number of musicians playing Balkan music,” says accordionist Matthew Schreiber. “We ended up jamming together and were the last ones to leave.”

Mahala means “neighborhood” — accordingly, the group has formed deep relationships with New Orleans’ Balkan community. Drummer Boyanna Trayanova and guitarist Georgi Petrov both hail from Bulgaria; you’ll sometimes see them wearing traditional outfits during performances. All Mahala members are multi-instrumentalists who play in other bands, including the One Love Brass Band, the Panorama Jazz Band and The Roamin’ Jasmine.

Despite some songs’ complicated rhythms, which showcase the band’s proficiency, Mahala’s sound is infectious. “We play dance music from Eastern Europe, mostly from Bulgaria and former Yugoslavia,” Schreiber explains. “The music appeals to people’s curiosity because of its odd meters and Eastern tonalities — it sounds exotic. Some of the tempos for the dance music can get pretty brisk, which can be exciting for audiences even if they are not dancing.”

The group wasted no time releasing its debut album last fall, and toured the Northeast to promote it. They have other big plans, too, including touring Bulgaria and starting a new event here in New Orleans. “We are really excited to be starting a monthly Balkan Dance party,” Schreiber says. Catch Mahala Trio live at Café Istanbul on Feb. 24. mahalanola.com.