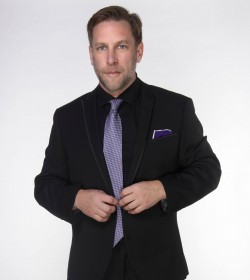 Marc Pagani has been evacuated from Mount Everest. He’s experienced multiple emergency landings. And my guess is that his passport is running out of room for stamps — if it isn’t full already.

But the New Orleans-based photographer says his first love was actually music. During the 1990s, he was a music therapist at Lawrence Hall Youth Services (in his hometown of Chicago). “Once a year, I would take about six kids I worked with to Colorado for an Outward Bound kind of experience,” he says. “The first time I went, I brought a cheap camera.” Spurred by a friend who was interested in black-and-white photography, Pagani further developed his new hobby.

He realized that Lawrence Hall had a darkroom that went mostly unused. Soon enough, he was using it — and running a photography program for the kids he worked with. He initially focused on landscapes, becoming fascinated with Ansel Adams. “What appealed to me most was his technical skill,” Pagani says. “I’ve always been geeky that way.”

Pagani began taking photographs for the U.S. Environmental Protection Agency in 2000, and eventually started exploring portraiture. He had also assisted a wedding photographer for a few summers, and thought, “‘This is a great way to work,’” he remembers. He decided to make weddings one of his own photographic specialties. Now, he splits his time between shooting weddings and embarking on travel-photography adventures. “I’d say about 60 percent of the business is weddings, and the other 40 percent is travel,” he says.

But to Pagani, travel doesn’t mean catching a flight out of the New Orleans airport to visit relatives in Chicago. He’s talking about scaling mountains in Iceland and the Himalayas; diving in the Caribbean; and sea-kayaking in Vietnam. That’s not to mention capturing the Tour de France, rock-climbing in southern Chile (twice) and tackling Everest (twice).

As an Ironman triathlete, Pagani is no stranger to pushing himself physically. “You really have to train for the rock-climbing, mountaineering stuff,” he says. “But you can never really train for the altitude. That’s the toughest part.”

In 2011, he was offered the opportunity to create a book for the popular Fearless Photographers series. “They didn’t have a travel version of the series,” he says. “I kind of hemmed and hawed about it for most of 2011, and then I went to Nepal at the end of 2011.” At first, he wasn’t sure how he’d start the book — but after “two emergency landings, a bunch of avalanches and a big earthquake,” he had plenty of inciting incidents.

Don’t ask Pagani to play favorites. “People always ask me my favorite place,” he says. “I always say, ‘That depends on what you’re talking about. One of my favorite places, as far as the friendliness of the people, was Cuba. Just as far as some of the most amazing beauty: definitely the Himalayas. Mountains have always been my thing.”

From aerial shots of Nepalese villages nestled between peaks to dizzying snaps of Tour de France racers, Pagani’s travel photography is mesmerizing for its immediacy. “Learning about other cultures is really what’s exciting to me,” he says. “My goal is to transport people to those other cultures. I want to document what it’s like to live there.” In close to 20 years as a photographer, he’s accomplished this goal in 30 countries.
But he hasn’t yet been to Africa. “That’s really important to me,” he says.

Looks like another stamp on that passport is coming soon!

397
previous Louisiana Lady
next Catering to the Community