Man With a Plan

A love for New Orleans spurs investment in the Crescent City. 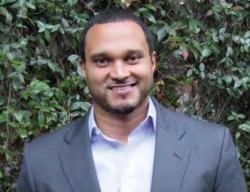 Damon Burns loves New Orleans. He is unapologetically pro-NOLA in every way, and he has built his life around what can he do to continue to invest in his city and do his part — no matter how large or small.

However, his love for the city would not keep him away long. Burns returned to New Orleans in January 2007 and began working with Louisiana Economic Development, helping small businesses that had been affected by Katrina. This opportunity was perfect; it allowed Burns to return home as well as immediately begin helping those affected by the storm. During that time, he was able to assist hundreds of small businesses in securing tens of millions of dollars in loans to help rebuild.

After leaving Louisiana Economic Development, Burns joined Morgan Keegan’s public finance division. He excelled at the firm almost immediately, and, as one of the youngest in the firm and one of the only African Americans, he was put in the position to lead his own deals and develop his own book of business. In his time there, he developed a book representing $1 billion in assets. In 2012, Burns was recognized as banker of the year.

Today, Burns is the founder and CEO of Munivestor — a web-based platform that collects, organizes and analyses municipal bond data across the country. It is a valued service for anyone transacting business in the public finance sector, including financial advisors, real estate developers, estate planners and municipalities. Munivestor launched in February 2015.

Burns’ short-term goal is to have 500 registered users on the platform in the company’s first year. Ultimately, he would like Munivestor to be the dominant online source for investigating and researching municipal bonds nationally.

While Munivestor is a finance-industry platform that services the Wall Street type, Burns has said that Munivestor will always be headquartered in New Orleans. He believes that launching and growing this business in New Orleans adds to the diversification of our economy in the sectors that represent industries of the mind. He is creating the intersection of technology and finance — something that has not been done much in New Orleans. munivestor.com