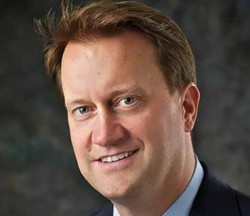 In the landscape of New Orleans healthcare, LCMC Health is the biggest hospital group you’ve probably never heard of. It’s approaching Ochsner Health System in size, but, while Ochsner will soon celebrate its 75th anniversary, LCMC Health is not yet a decade old.

“LCMC Health is fairly new,” says CEO Greg Feirn. “We’ve only been operating since 2009 when Children’s Hospital acquired Touro Infirmary, and we set up a parent company.”

After several years with just the two facilities, LCMC, an acronym for Louisiana Children’s Medical Center, started to expand rapidly. LCMC took over the Interim LSU Hospital during the summer of 2013. About year later, it signed an agreement to manage the newly opened New Orleans East Hospital. Just two months ago, LCMC Health signed a 45-year lease with the Jefferson Parish government to operate West Jefferson Medical Center on the West Bank. And this August, when the Interim LSU Hospital plans to decamp to the sleek, enormous new University Medical Center on Canal Street in Mid-City, LCMC Health will have a state-of-the-art, 424-bed facility in its portfolio.

“At one point our revenue base was $220 million. Now we’re over a billion,” says Feirn. “Our plan for the near future is to work on integrating our hospitals. We’ll share services across the system when it makes sense and take advantage of our larger purchasing power.”

Feirn sees the emergence of LCMC Health as part of the larger trends that are taking place in healthcare on a national level. “Smaller community-based hospitals that don’t have easy access to capital are joining larger systems,” he says. “They gain benefits on the cost side but are also able to share best practices. It improves quality of care.”

In the local market, New Orleans’ community hospitals are well known. Children’s Hospital grew out of a facility that opened in 1955, and Touro Infirmary traces its roots all the way back to 1852. While LCMC Health isn’t looking to remain anonymous as a brand, Feirn says the organization doesn’t plan to stamp the name on every hospital it has under its purview. These hospitals have strong brand equity, which is a valuable asset.

Many New Orleanians remember how Tenet Healthcare, an investor-owned health group based in Texas, immediately abandoned its New Orleans hospitals after Hurricane Katrina. In contrast, the advantage of a locally based health group like LCMC Health, which is a private non-profit organization, is stronger ties to the city.

“The jobs we create are local, and our profits are reinvested back into the healthcare enterprise,” Feirn says. “Part of the agreement for our acquisition of Touro was that we would guarantee a $100 million capital commitment to improve infrastructure, technology and equipment. The recent agreement with West Jefferson includes a $340 million capital commitment over 15 years.”

While LCMC Health’s hospitals are now all over the city — from Uptown to Mid-City and from the West Bank to New Orleans East — Feirn works out of administrative offices adjacent to Children’s Hospital, where he manages the organization’s strategy and works with executive teams. He describes his management style as “transparent,” and he keeps an open-door policy for employees and physicians. When planning strategy for the hospital group, he is particularly attuned to the financial details — a skill that comes second nature to him, considering that he rose through the ranks from the accounting side.

Originally from Janesville, Wisconsin, Feirn grew up with a particular affinity for fishing and outdoor recreation (as well as for numbers). He studied business administration and CPA coursework at a state university in Eau Claire, and he moved across the state line to Minneapolis after graduation. For five years, he worked for consulting firm Deloitte & Touche on the finance side of healthcare, especially on Medicaid and Medicare.

“I was working on a consulting project with Children’s, and they offered to bring me on board full time,” Feirn says. “I liked New Orleans. I still really love it. I was excited to move here.”

Feirn was promoted from VP of Finance to VP of Operations and continued to ascend to positions of more responsibility and oversight, from CFO to COO, as the organization grew. He became president and CEO last year. Along the way, he earned an MBA from Tulane University.

“I have worked in healthcare for almost 25 years, basically my entire professional life,” Feirn says. “I enjoy the operational and financial aspects of it as well as having a leadership role. I work long hours, and it can be demanding at times, but it’s also important to me to maintain a work/life balance. I have great support from my family.”

Feirn and his wife have three children, the youngest of whom was just born this February. Naturally, the baby was delivered at Touro.