Attorney David Sherman donates his time to bring serious impact to the city. 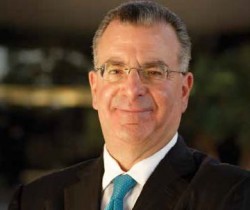 Since 1988, the mission of the Greater New Orleans Sports Foundation has been to attract and manage sporting events that have a positive economic impact on the Greater New Orleans area. Today, the GNOSF has more than 100 events under its belt — including three Super Bowls — and those events have had a $2 billion economic impact on the city of New Orleans. The foundation recently celebrated its 25th anniversary, and attorney David Sherman, who currently serves as co-legal counsel to the GNOSF, is proud of just how far the foundation has come in that quarter century.

Sherman recalls when the foundation was simply an idea. He began working with the GNOSF in 1988 by helping two of its founding members establish the organization. They had hit a roadblock with another law firm, but Sherman was eager to research the options to make it a reality.

“I saw this as an opportunity to get involved, and I knew it would be a great thing for our city,” Sherman says. “Plus, I’m a sports fanatic, so I thought to myself, ‘I gotta figure out how to do this!’”

Sherman began as legal counsel for the GNOSF before serving on the executive committee one year later. He then became chairman, and made the foundation into a more formal organization, establishing bylaws, rules and regulations. He is currently “immediate past chairman.” His son, Philip, an attorney at the Chaffe McCall Law Firm, serves as the organization’s co-counsel and chairman.

David’s experience with the foundation has allowed him to combine three of his greatest passions: legal work; sports; and the city of New Orleans. His firm shares that passion, and provides the GNOSF with gratis legal guidance. “Chehardy Sherman has allowed me to do this pro-bono for 25 years,” David says, “and I am so grateful for that.”

Jay Cicero, GNOSF president and CEO, is also extremely grateful for his service, and relies on the level of commitment and care that David harbors for the organization.

“If you know Dave, you know he is one-of-a-kind,” Cicero says. “For 25 years, he has served as legal counsel for the GNOSF and all the separate host committees for major sporting events — [all] on a pro bono basis. The amount of donated time and legal work over the years is likely in the millions, which gives us a distinct advantage when bidding on and managing events.”

New Orleans has hosted 10 Super Bowls, and the GNOSF has handled the last three, but the 2013 Super Bowl, the first championship the city hosted following Hurricane Katrina, stands out as one of Sherman’s greatest memories while serving with the foundation.

“Being awarded that game was a wonderful feeling,” David says. To see the city come back from the condition it had been in and transform into the great condition it was in for the game was amazing.”

In 1978, after receiving his Juris Doctor degree from Loyola University and his Masters of Law in Taxation from Boston University, David started his law career with the Jefferson Parish law firm Donelon, Cannella and Donelon. He quickly became a partner, and the firm’s name was changed to Donelon, Donelon and Sherman. In 1982, David was recruited by Gauthier Murphy Law Firm to start the firm’s business law practice area, and the firm’s name was changed to Gauthier, Murphy, Sherman, McCabe and Chehardy. In 1989, Sherman and his long-time friend and then Jefferson Parish Assessor, Lawrence E. Chehardy, established the Chehardy Sherman Law Firm. Their goal was to develop the first large, full-service law firm in Jefferson Parish. They not only accomplished this, but they also developed a law firm that is now recognized as one of the premier law firms in the Greater New Orleans area. Chehardy Sherman has been consistently rated by US News and World Report as one of Louisiana’s Top Tier Law Firms.