When the Mission Meets the Man

The YMCA of Greater New Orleans has found a spiritual leader in its president and CEO Gordon Wadge. 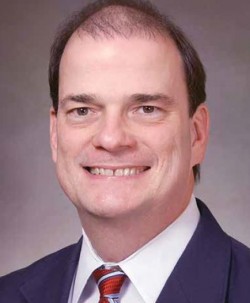 For more than a century, the YMCA has built upon its three-pronged mission of building mind, body and spirit. This simple, yet astonishingly successful idea has transformed the lives of thousands of people across the globe. This brand of “muscular” and ecumenical Christianity has such a strong attraction that it continuously draws top talent from charitable organizations everywhere. In New Orleans’ case, Gordon Wadge arrived as yet another reminder of the YMCA’s remarkable eye for talent.

Wadge served for 33 years as president of Catholic Charities before joining the YMCA of Greater New Orleans. During his tenure at Catholic Charities, he headed an organization that sometimes singlehandedly bore the brunt of reaching out to New Orleans’ homeless population. He also built a reputation for collaborative efforts, leadership and dedication. What has also made Wadge’s career in charity so impressive is his gentle faith. It’s a trait that guides the hands of this extraordinarily adept administrator.

His charitable work first began during his time as an undergraduate at the University of New Orleans, when he started teaching English to Vietnamese immigrants. That work grew out of an invitation that Archbishop Hannan extended to 250 Vietnamese refugees in the very late 1970s and early 1980s. Though it was an unpopular invitation in the New Orleans community at the time, Wadge followed the Archbishop’s entreaties and added weekend child-care duties to his growing workload.

Soon after receiving his degree in Social Work from UNO, he began to build a solid resume as an administrator in charitable, non-profit organizations. Comparatively between the YMCA and Catholic Charities, the mission differs but the motivation remains the same: infinite spirituality stepping out to make a positive difference in the temporal world. And worldwide, there are few organizations that are as well received as the YMCA. It is still seen as a global force for developing young men and women, together with its sister organization, the YWCA, along a course of self-reliance through communal activities.

That brand hasn’t remained untarnished and relevant well into the 21st century by allowing complacency to set in. Fortunately, Wadge was searching for a new ministry when the YMCA of Greater New Orleans contacted him in January 2013. He remains adamant about embracing the YMCA culture, but he wants its mission to be understood as more than just a health spa.

Wadge was widely known for his collaborative efforts at Catholic Charities. Once he became CEO of YMCA of Greater New Orleans, he set out again to identify possible partnerships with his new organization. Currently, there are plans in the works to partner with adult literacy, emphasizing once again the YMCA’s mission of developing character and leadership skills by reaching out to the community.