The Courage of His Convictions: Reporter and editor Jarvis DeBerry addresses issues head on. 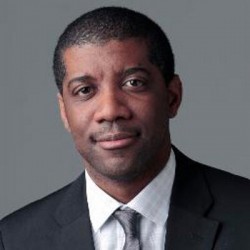 Jarvis DeBerry does not give one the impression of a reporter — of the man who lives for the “scoop” and who has an appointed poker night with his staff buddies. The longtime reporter and editor for NOLA.com, has more the manner of a Southern law professor, or of the honorable and articulate Southern gentleman in the mold of an Atticus Finch.

When asked about the beginning of his career in journalism, DeBerry points out amusingly that it most likely began when he flunked his English proficiency test in college. The future journalist and editor for NOLA.com was going to be an engineer. He had a knack for mathematics, but that F grade forced him into an English composition course. By the time he reached his senior year, he was an English major writing for his college newspaper.

In 1997 he began his career in earnest as a crime reporter in the River Parishes, then as a court reporter in Covington. It didn’t take long before he had the opportunity to write his first opinion piece. There was a debate on National Public Radio that he had listened to, and it had piqued his interested.

“Terri Troncale, the deputy page editor at the time, gave me the ok to write about it,” he says. His tone suggests that it was a courageous gesture by a supervisor for an untried subordinate. The debate centered on whether the Merriam-Webster Dictionary should keep the “n” word in its next edition. DeBerry’s opinion was unequivocally “yes.”

His opinion and subsequent editorial was to become a sort of harbinger of the way DeBerry would shape his editorials in the future. His reasoning was pragmatic and dispassionate. DeBerry, as an African American, meant to convey that whatever your emotional response to the word was, it was still an actual word that was actually used, not to mention its historical significance. Its moral import was beside the point; for better or for worse, DeBerry reasoned that the “n” word deserved to be formally defined in the dictionary. Merriam-Webster could no more eradicate its associated malice by omitting the word, than history books could help Jews by making no mention of the holocaust.

Racial issues continue to be a reoccurring theme in DeBerry’s editorials, but that is not so much a platform as it is an unavoidable issue that DeBerry is willing to address head on, and, as usual, he never shies away from what he considers to be the truth of the matter. In a word, DeBerry does not lack the courage of his convictions. At the same time, DeBerry’s writing is hardly ever didactic — and he never touts himself as anything other than what he is: a thinking man with an opinion. nola.com
Cajun Crooners: La Touche fills the dance floor every night at Mulate’s Restaurant.

Their sound is pure Louisiana by way of Cajun Country, conjuring images of crawfish boils, bayous and boudin. La Touche, the house band for Mulate’s Restaurant, consists of classic Cajun musicians, says lead vocalist and accordionist Wilson Touchet. They are purists when it comes to the finer points of musical pedigree.

According to Touchet, traditional Cajun music is not synonymous with Zydeco. The rhythms are different, and the history is different. Zydeco was primarily developed by African Americans in Southwest Louisiana, possibly directly from traditional Cajun music, which the Acadians brought with them when they were forced out of Canada.

Most of the songs in La Touche’s repertoire are more than 100 years old and mostly still sung in Cajun French at Mulate’s every night. The instrumentation is the same too, consisting of rhythm guitar (Eddy Deloney), fiddle (Gil Giroir), accordion (Wilson Touchet) and percussion (Calvin Gaudin).

From the bandstand, Touchet, at 72 years old, still works his audience with the deft touch of a seasoned and spry showman, shifting back and forth from Cajun French to English, squeezing his handmade accordion, while belting out standards like “Allons à Lafayette” in his high tenor.

La Touche is at its most enchanting when the band members break into three-part harmony. Their voices mesh so well that they’ve been referred to as The Eagles of Cajun music. As recording artists, they are released through Deloney’s own record company, Ralph Records, and they have even made concessions to the information age with releases on iTunes.

Deloney makes special mention of the type of accordion Touchet uses to record: a Mouton accordion made by hand in Southwest Louisiana. He also claims that the accordion, so ubiquitous in traditional Cajun music, is actually a vestige of German polka music, which the first Acadians apparently brought with them when they settled Southwest Louisiana. Unlike Polka music, however, La Touche has a surprising swing in their music, which keeps the large dance floor of Mulate’s flowing with couples two stepping all evening long. latouche.com

There is nothing of the tortured, solitary artist suffering for his art, or, if there is, he’s managed to hide it behind a gregarious and smiling exterior. Alex Harvie is easy to laugh. He is someone comfortable in his own skin — easy with the movements around him — and unable or unwilling to let the world stymie the idea that the space he inhabits is his own vast playground.

Harvie has a heavy hand when it comes to painting. It’s an impasto style that reveals the artist at work; an artist who refuses to remain anonymous. “If you want a perfect representation, go take a picture,” he says. It’s a sentiment widely shared by painters ever since the advent of photography made Renaissance-style, true-life representations redundant.

Harvie has been drawing since about the age of two, and he first picked up a brush at age 20. Now he is a well-established artist with a Bachelor of Fine Arts degree from Louisiana State University, two past galleries and current showings in New Orleans at Gasa Gasa, Rock-n-Sake Bar & Sushi, Republic New Orleans and Whitney White Linen Night.

One of his past movements, Mush, was a thrilling exploration in his own mind. “Mush was a representation of an unconscious act of self-recreation in the wake of extreme change — that disconnected feeling of ‘not knowing,’” he says. “That once established hierarchy that governed present and future plans of my life collapsed into an opaque pool of episodic introspection. To some degree, everyone experiences that. Mush was both good and bad.” harvieoilpaintings.com

172
previous Pacific and Powerful
next Ready to Explode