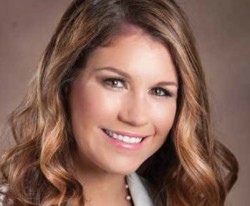 Although she is a board-certified general surgeon in her second year of private practice, when Dr. Angelle Gelvin’s patients meet her, she says that some of them ask to see her driver’s license.

“It’s certainly a challenge being a young female in the male-dominated surgical field,” says Dr. Gelvin, who treats patients at Crescent City Physicians’ New Orleans East and Uptown campuses. “I can talk a patient through exactly what I am going to do during their procedure; review the risks and benefits with them in detail, and, at the end of it all, some will still ask, ‘Ok, but who’s going to do my surgery?’ I don’t take it personally, though. Instead, I reassure my patients of my abilities, experience and board certification.”

Dr. Gelvin was initially attracted to the medical field when she was young; her grandmother was an operation-room nurse, and she had a childhood friend who was diagnosed with a chronic disease at a young age. She grew up in Chalmette and attended high school at Mount Carmel Academy, where she excelled in biology and made the decision to pursue medicine. She received her undergraduate degree in biological sciences with a minor in chemistry at the University of New Orleans, before attending the Louisiana State University School of Medicine in New Orleans. During her third-year rotations, she got to be more hands on in different fields, and her first rotation was in obstetrics and gynecology, where she enjoyed participating in operating-room procedures.

“That’s where I got my first real inkling of interest,” Dr. Gelvin recalls. “When I entered my general surgery rotation, I fell in love with it and developed some mentors in the field, which really sealed my interest.” She completed her general surgery internship and residency at LSU as well.

At Crescent City Physicians, Dr. Gelvin treats a combination of short-term and long-term diseases. Most of her practice is focused on acute issues, such as gastrointestinal-tract disorders, anal-rectal issues, skin/soft tissue and breast disorders. Dr. Gelvin performs a variety of minimally invasive surgeries, including gallbladder removal, laparoscopic appendectomy, laparoscopic hernia repair, as well as advanced surgical procedures, such as curative cancer surgery.

“I enjoy the variety of issues I get to treat in this field,” Dr. Gelvin says, “and the technology used in minimally invasive procedures has always been a draw. For patients with appendicitis or gallbladder issues, I’ll often perform laparoscopic surgery, which involves tiny incisions, meaning less downtime and quicker recovery for my patients.”

Dr. Gelvin treats patients of all ages, from age 18 up into their 90s. Many of her patients are referred by their primary-care doctor, and Dr. Gelvin will then discuss their concerns in more detail to decide whether surgery is the best option.

“Even though I use the latest advances in technology in my practice, in clinic, when I’m meeting with patients, I try to focus on the simple, one-on-one time,” she says. “I like to have an in-depth conversation with each patient and treat him or her with compassion. My patients are individuals, and I work hard to demonstrate that when I treat them.”

This individualized approach not only results in successful surgeries for Dr. Gelvin, but it has also given her some of the most rewarding moments of her career.

“What I love most about this field is seeing a patient post-operatively and his or her pain is gone, or telling a patient that the cancer is gone,” Dr. Gelvin says. “I’ve received thank you cards and even gifts from patients, but the best is when I see a patient with his or her family, and I’m greeted with hugs from grateful family members!”

2.26K
previous How do I differentiate influenza, or “the flu,” from a regular cold?
next J. Philip Boudreaux, M.D. FACS