Bill Rau treasures not only fine antiques but also his family’s legacy. 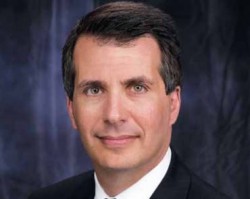 The Rau family has been one of the leading names in fine art and antiques in New Orleans, and globally, for more than a century. From its 30,000-square-foot gallery on Royal Street in the French Quarter, M.S. Rau Antiques offers fine art, exquisite jewelry and exceptional 18th- and 19th-century antiques. Today, the founder’s grandson, Bill Rau, oversees the family business, and he works to maintain the store’s stellar reputation for offering the finest and most unique pieces.

Rau’s grandfather, Max Simon Rau, established M.S. Rau Antiques in 1912, specializing in fine Victorian furniture, glass and decorative ironwork. “It’s one of those classic immigrant stories,” explains Rau, who has been a part of the family business since he was a teenager. “My grandfather came from Eastern Europe with just $12 in his pocket to make a better life. He was honest, a hard worker, extremely intelligent and an old-world negotiator with an immaculate eye for fine things.”

That honesty, hard work and great taste helped grow the business into what it is today. Bill Rau began working at the shop with his father and uncle when he was only 14 and was charged with flattening out newspapers to wrap sold items. As he got older, he gained more responsibility and went on his first buying trip during college. After graduating from the University of Colorado with a business degree, Rau returned home and began working at the shop full time in 1982.

“I was fortunate to have my father’s and uncle’s support,” Rau says. “I was able to develop a strong eye and learn every aspect of the business from them. One of the lessons they taught me is, ‘If you’re not making mistakes, you’re not buying enough,’ meaning you can’t be afraid to learn about and try new things. Constantly learning is the greatest part of my job.”

Rau took over as president and CEO in 1995. Over the past two decades, he has continued to build M.S. Rau’s multi-million dollar business, and establish a reputation as one of the most respected industry experts and gallery owners today. Rau attributes much of his store’s success to the relationships his family has built all over the world, as well as to “pure luck” and experience, saying that one of the benefits of having been in business so long is “knowing where a lot of treasures are buried.” Most importantly, though, Rau’s philosophy has always been to focus on quality.

“We buy the best,” he says. “It’s our experience that the best always holds its value. When you are buying a piece from us, whether it’s a 19th-century impressionist painting or a piece of silver, you can trust that it is the best of its class. At M.S. Rau, we look for rarity, quality and craftsmanship, and we choose items that are unique and intriguing to build our diverse collection.”

Items of particular historical significance are especially intriguing, not only to potential buyers but to Rau himself, who has a passion for history. “Many people don’t know this, but Winston Churchill was a painter,” explains Rau, recounting one piece that stands out in his mind as something he wishes was still a part of his collection. “After the invasion of North Africa, Churchill and FDR held their first wartime conference, and, to celebrate their victory, Churchill invited FDR to accompany him to Marrakech. The two leaders established a great friendship, and, as a gift, Churchill painted a landscape of Marrakech and sent it to FDR. It was the only painting Churchill actual painted during the war, and it combines so many things that I love — it’s unique and significant to two of the most important people of the 20th century and was painted during such an important part of the country’s history. Several years ago, it made its way into our collection, and it’s perhaps one of the only pieces I regret selling.”

Paintings of historic significance are a true passion project for Rau, who published Nineteenth-Century European Painting, From Barbizon to Belle époque in 2012, which examines more than 200 artists’ works and dozens of movements from Romanticism to Impressionism. That same year, Rau founded the Rau for Art Foundation, which promotes the city’s talented emerging artists at the high school level. Rau serves as president of the Royal Street Guild, and he is a member of The Wedgwood Society of New York and Boston, the American Cut Glass Association, the National Association of Watch & Clock Collectors, the Music Box Society International, the Better Business Bureau, the New Orleans Chamber of Commerce and the Young Presidents’ Organization.