A veteran presence emerges as a leader for the team — and for the city. 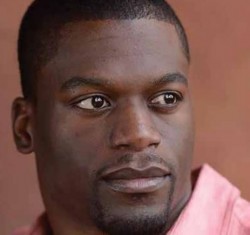 Ultimately, in any season there are surprises. Teams exceed or fail in their goals; players’ stars burst or wane; and the fans tally the games, stats and seasons like counting rings on a tree. But some players remain fixed over time — not always shining, never disappointing — continuing steadily with a certain constancy that is appreciated by teammates but often remains unnoticed by fans. The New Orleans Saints have such a player in tight end Ben Watson.

A solid block of athleticism, Watson entered the league in 2004 out of the University of Georgia as a first-round pick of the New England Patriots and their ever forward-looking head coach, Bill Belichick. Watson’s time in New England was an early foray by Belichick into the tight end driven offense that has become so famous today by virtue of the amazing feats demonstrated weekly by perennial all-pro Rob Gronkowski. It may be Gronkowski earning the notoriety, but it was Watson who created the foundation for his role in New England.

Watson’s best season in New England was 2006 when Tom Brady targeted him 91 times, hauling in 49 receptions for 643 yards, which made him a top three tight end in the league at the time, alongside future Hall of Fame candidates Antonio Gates and Jason Witten. Later, Watson would replicate his success in Cleveland — where he worked alongside a former offensive assistant coach from New England, Brian Daboll — when, in 2010, he would take in 68 receptions on 102 targets for 763 yards. Watson again finished as a top three tight end in the league.

Upon arriving in New Orleans in 2013, Watson would earn praise for being the complete player that he is — consistently blocking, receiving and playing special teams on a consistently high and dependable level. However, Watson’s role was as the second tight end behind perennial All-Pro and star Jimmy Graham. While Watson did indeed show terrific prowess as a receiver when called upon, those occasions, even in the Saints’ high powered offense driven by Drew Brees, were few and far between. In his first two seasons in New Orleans, Watson caught 19 and 20 passes, respectively, both of which were career lows for him outside of his rookie season.

Regardless, the Saints had possibly signed Watson in 2013 with a purpose beyond his obvious immediate abilities. In spring 2015, before the NFL draft, the Saints shocked the football world by dramatically trading Graham to the Seattle Seahawks, seemingly leaving a gaping hole in their vaunted passing game. Graham had been a cornerstone of Brees’ passing game, so much so that it was openly questioned by local and national pundits if Brees, and the Saints, could continue to succeed on previously high levels without him.

Indeed the 2015 season started slowly and continued apace for the Saints, with four losses in five disappointing games, and Watson was a little-used factor as before. However, it was against the Atlanta Falcons in the Mercedes-Benz Superdome that everything changed. With the Saints staring at a devastating season if things did not change quickly, Brees repeatedly hit Watson with pinpoint passes at the end of the first half, connecting five times in random succession as the Saints drove toward the Falcons goal line just before the half. While the Saints would ultimately fail to score, when Brees had a near miss by the end zone, the change in momentum, both in the game and the season, was palpable. The Saints would go on to defeat the previously unbeaten Falcons, a win that ignited a win streak and led the Saints back into contention. Watson is again in 2015, like in 2006 and 2010, a top three tight end; he has set personal highs for receptions and receiving yards in a game — a remarkable feat for a 12-year veteran of the NFL wars.

When asked about whether the Saints had expected this kind of production from Watson, Brees was effusive, “Man, it all just kind of happened. I’ve always felt like he was just a phenomenal athlete and could do everything. I mean, I don’t know if there is a more complete tight end in the league, in regard to what he brings to the run game, pass game, not only catching but blocking, what he means to us in the locker room. The way that he practices, his approach, his demeanor, his leadership ability, his character — just all those things — he’s the total package, and he has always been that guy. I think that with Jimmy [Graham] here the past couple of years, he was the guy, and Ben got his touches every now and then, but when we were talking about tight end touches, we were talking about Jimmy. Now when you talk about tight end touches, you talk about Ben Watson.”

Watson’s humble-but-inspiring leadership has been an important part of his role with the Saints. When called upon by the team in their time of need, when things looked bleak versus the Falcons for instance, he was there to deliver. Ben Watson has similarly become an engrained part of New Orleans society, living in Old Metairie, with his wife Kirsten and their five children. Together, they established a charitable Christian foundation, One More, which serves others in need by providing spiritual, physical and educational aid when called upon. There is no doubt that the Saints were prescient when they brought Ben Watson on board, but they, and the city of New Orleans, have been rewarded many times over in many surprising ways.