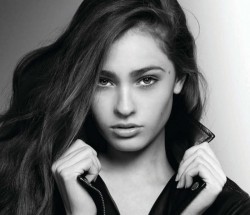 New Orleans Fashion Week hosted the second Fashion Awards Gala as part of its continual effort to bring awareness to the growth and development of the Southern fashion industry. This event recognizes excellence and salutes individuals that have significantly impacted the fashion community in the Greater New Orleans area and beyond.

Fashion Design
Raoul Blanco
Blanco was born in a time when it was taboo for a man to sew, but even that could not stop him from becoming a successful couturier. Born and raised in San Paulo, Puerto Rico, he eventually moved to the United States and found success working alongside a multitude of high-end designers. However, Blanco has always loved working directly with the women who wear his gowns — so he returned to making individualized garments. His gowns are made of the highest quality fabric for an international clientele, including Louisiana’s the first woman governor, Kathleen Babineaux Blanco.

Accessory Design
Ashley Porter
Ashley Porter derives her inspiration from cultures around the world. She grew up in Northern California, but she is currently based in New Orleans (where her family heritage dates back to the early 1860s). She holds a Bachelor of Science in marketing and a Master of Finance from Tulane University. Building on her creative talent, she went on to study and receive a degree from the Fashion Institute of Design & Merchandising in Los Angeles. After working for Balenciaga and Ralph Lauren in New York, she returned to New Orleans to further explore the culture. Using her education, knowledge and creative instincts, she launched Porter Lyons, a luxe accessories brand. Porter uses design to give back to the culture that inspired her first collection.

Hair Artistry
Glenn Michael Milliet
Milliet founded Glenn Michael Salon to solidify 35 years of business and beauty credentials. As a Master Stylist, his work has appeared on television and in numerous print publications. He is sought after as an industry adviser, educating thousands of stylists, salon owners and educators throughout the world of beauty, business and communications. Milliet is an active member of both Intercoiffure and Fashion Group International.

Makeup Artistry
Glenn Mosley
Mosley started his career in an avant-garde manor, fitting to his signature personality. The completely self-taught artist began his career playing on the face of a teenage girlfriend and working in a photography lab (where supervisors took note of his natural gifts, and later recommended him to Barbizon Modeling and Acting Centers). Polishing his craft all over the country, Mosley spent time in Los Angeles, New York and New Orleans working with high-end lines Chanel and Bobbi Brown, fashion photographers such as Carlton Mickle and Romney Car?uso, and a catalog of celebrity clients such as Naomi Campbell, Tyra Banks and countless others. Mosley’s creative eye, natural talent, enchanting personality and dedication to his craft allowed him to excel through all areas of the beauty industry.

Photography
Steven Forster
A New Orleans native, Forster an award-winning photographer who has been shooting photos for more than 35 years. He has had more than 10,000 photographs published worldwide for such prestigious clients as Random House Books, People magazine, Fox Sports, Elle Magazine, TV Guide and many others. Celebrated not only for his work in publications, his work lives permanently on the walls of the New Orleans Museum of Art, the Ogden Museum of Southern Art and The Historic New Orleans Collection. His signature style spotlights New Orleanians from all walks of life, celebrating everything from street-style fashion and costume festivities to gala and black-tie affairs. Dubbed “the Poet of Photography” by Le Figaro (a newspaper in France), and “the Richard Avedon of the South” by The Times-Picayune critic David Cuthbert, his black and white images are unmatched in their clarity and insight.

Fashion Icon
Yvonne LaFleur
LaFleur has seen it all in her more than 40 years in the retail fashion business, starting with a store that specialized in jeans hand-altered to fit perfectly all the way to a high-fashion emporium that can fill women’s fashion needs from lingerie to a custom-made hat, plus everything in between. First opening You Boutique in 1969 stocked with trendy pieces, she transitioned to a more upscale self-named retail outlet by incorporating her own designs into the store’s inventory. Today, in the Riverbend, the 10,000-square-foot fashion emporium showcases LaFleur’s personally curated collection with designs from all around the world.

Trailblazer
Micaiah and Tabitha Bethune
Tabitha Bethune, a New Orleans native, and husband Micaiah Bethune from Detroit, founded The Wild Life Reserve. The dynamic duo started the company as an accessories brand, and has since expanded to include full women’s and menswear lines. In the past year, they’ve designed the collection for Glo (the New Orleans-based regional airline), won two awards for New Orleans Entrepreneur Week, been featured in National Geographic and won more than $35,000 in businesses awards. With this funding, they have been able to support other fashion labels to launch their own brands.

Lifetime Achievement
Lucille McDonnell
Experienced retail buyer and philanthropist, McDonnell spent 40 years in retail marketing, making connections with the most elite members or the fashion community, while creating scholarship programs for emerging fashion industry professionals. She stumbled upon the fashion industry on accident; she had originally dedicated her time to singing. After canceling at a job with DH Holmes, she worked to revive Revlon. After discovering falsifications of records, she earned a strong industry reputation and landed a coveted position as a jewelry buyer for Adler’s. McDonnell is a fashion monarch of New Orleans. She has dedicated her talents to building Fashion Group International: New Orleans Chapter and the Southern fashion industry. She has won many accolades and awards during her career, including numerous Alpha Awards. She continues to actively give back to the community through her philanthropic efforts.

Emerging Designer
Kristine Pichon
Pichon, owner and designer of K’Pich Designs, is an emerging fashion designer who crafted her talent at a young age. Drawing influence from her creative family and heritage, she decided to pursue her fashion dream by enrolling and studying design at Parsons School of Design. Having big dreams for her label K’Pich, she returned to New Orleans and continued to custom-design garments for her clients and various charitable endeavors. She has won numerous awards for her designs in the past year, including both the Top Designer and People’s Choice awards for New Orleans Fashion Week.

Fashion Stylist
Lisa Tudor
Native of Pineville, Louisiana, and graduate of Louisiana State University Manship School of Mass Communication, Tudor has styled and produced award-winning fashion photographs for editorial and commercial clients for more than 30 years. Originally serving the in-house fashion production and marketing needs for Saks Fifth Avenue in New Orleans during its grand opening phase, she has since gone on to act as a contributing editor and stylist for a variety of publications both regionally and nationally.

Model Walk-Off
Bianca Finch
At 14 years old, Finch attended her first model casting for New Orleans Fashion Week — with no previous modeling experience. She quickly became a designer favorite and walked more like a veteran runway model than a high school-age novice. Finch was named the winner of the JRP-sponsored NOFW Model Walk-Off. Represented by local agent Craig Magleby, Finch traveled to Los Angeles for a scouting trip and was signed with Next Model Management.

Institutional Leadership
Louisiana State Museum
The Louisiana State Museum, founded in New Orleans in 1906, is a statewide system of National Historic Landmarks and modern structures across Louisiana. It houses one of the largest and finest costume and textile collections in the country, ranging from the 18th century to present day. With more than 15,000 objects, the collection is evenly divided between costumes and accessories, textiles and carnival exhibitions. Noteworthy exhibitions and collections have included Geoffrey Beene, Oscar de la Renta and Mignon Faget. Curator Wayne Phillips is responsible for a collection of more than 25,000 historic and contemporary artifacts.