Two local filmmakers talk with passion about their latest projects

More than 100 films were screened last month at the New Orleans Film Festival. Here’s a closer look at two by local filmmakers.

Think of Me First as a Person
George Ingmire, producer and editor 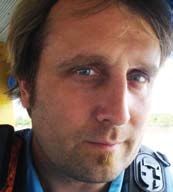 The life of Dwight Core Jr. came full circle just one day after the film made in his honor arrived on DVD, and less than two weeks before the film was screened at the New Orleans Film Festival. Throughout the’60s and ’70s, Dwight Core Sr. shot a home movie about the trials and blessings of raising a son with Down syndrome. In 2006, George Ingmire, the senior’s grandson, discovered the film and reedited it. Today the 11-minute short is one of only 500 films in the National Film Registry of the Library of Congress, which selects 25 films a year judged to be “culturally, historically, or aesthetically significant.”

Tell me about finding the home movie and what followed.
These were old 16mm films that I found when my grandfather passed away [in 1995]. In 2002, I was going through videotape transfers [of the films] when I found little shots of my uncle, but more or less just my grandfather’s voice reading a narration about my uncle.

In the summer of 2006, I received an e-mail from the late filmmaker Helen Hill, announcing Home Movie Day. I’m pulling out films, unreeling them in the light, and I pull out a 400-foot reel and notice it has edits in it. It’s all shots of my uncle as a child. A lightbulb goes off, so I call my mom and she says, “Oh, yeah, there’s a script for this in the attic.”

I sent the film off to get digitized, [then] started working with the narration and the footage. I tightened it up, added background sounds; then added music, mostly mine, but I added “Old Wine,” a classic song by a New Orleans drummer named James Black [for] a scene where special-needs children and adults are dancing.

[At Home Movie Day] co-founder Dwight Swanson comes up to me and asks, “Can I bring this to Alaska to the annual meeting of the Association of Moving Image Archivists?” He brought it up there; everyone was blown away [and] began petitioning the Library of Congress. It took three or four months from the restoration of the old film to finding its way into the National Film Registry in December. It’s quite an honor, and it still seems so unreal to me.

How did the DVD come about?
I authored the DVD. I transcribed and subtitled everything by hand, because this is for the disabilities community as much as for the film lovers’ community. I got the shipment the day before my uncle Dwight passed away. That was amazing, it was like he was holding on for it to arrive … he was a good sport, he signed autographs back in the day when the DVD was in its homemade form.

I know a little boy with Down syndrome named Hunter, and he is the sweetest person you’ll ever meet.
Coco Robicheaux said something to me a while ago. He said people with Down syndrome are prototypes for an improvement in humanity, because they teach you love and joy and happiness and humor.

What do you think makes this film significant?
I think it’s the tone, the rawness and the beauty [of the film]. There’s no filter; this little boy with Down syndrome looks into the camera and wins your heart. I think it would be very hard to create what this film did naturally.

What’s been most rewarding for you?
I went forward with something I thought was important. [The film’s] had such a positive impact on people’s lives and connected them to something they may not have been able to articulate before—that my grandfather started and I finished—about the struggles and blessings of having a child with special needs.

For more information or to order a DVD, visit www.thinkofmefirstasaperson.com or www.miabuelo.com. 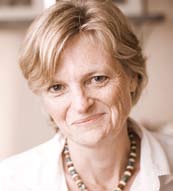 Most of us know a little history about the Mystic Krewes of carnival, like Rex and Comus, but far fewer are aware of the prestigious black Original Illinois Club. Phoebe Ferguson, photographer, filmmaker and former debutante, explores the historical and social implications of black debutante society in her first feature film.

Can you give a synopsis of the film?
It’s the history of the club, why it happened and what was happening in terms of segregation and education. [And] we follow one family [through] their journey in the 2003–2004 Mardi Gras season. The family has wanted daughter Marisa to be queen of the Original Illinois Club since she was born.

How do the clubs differ?
The old-line white clubs and old-line black clubs have a lot in common, and one thing is that members are men only. The wives often participate … but the men traditionally have come up with themes, done the design work, made all the decisions about picking designers of the floats and costumes. The big difference is that in white clubs you are born into it. And if a member has a daughter, she will be a debutante. In black clubs … lineage is an element, and the actual membership is very small. Young ladies apply to be debutantes.

Let’s talk about production of the film.
I had to write to the club and ask permission. They were very excited … [yet] guarded. For four to five months, I filmed almost every day, practically living with the family, but also doing interviews with club members and historians, doing archival research.

You did everything: scriptwriter, producer, director …
Yes, although not editing. And I did have extra shooters here and there … I had an editor in New York that did the rough cut, and Tim Watson here. I’m not a great grant writer, so I just did it with private donations and a lot of my own money.

There must be some great music in the film.
Oh, music! We had a young, up-and-coming artist here score the whole film. His name is Troy Sawyer. He did a fabulous job.

Was NOFF your first screening?
I had a few screenings. What’s interesting, a lot of people steeped in Mardi Gras don’t know about the upper-middle-class black tradition of debutante society. I was telling an old-line [white] family here about the film, and they said, “Oh, I think a guy that works for us belongs to that club.” And I thought, if that’s true and you don’t know about it, it’s because he doesn’t come in and say, “Oh, we had our ball, too.” He just wouldn’t say that. And I think that’s so awful. That division … for 100 years nobody’s saying, “Hey, you want to see pictures of my ball?”

Another interesting historical fact is that my great-great grandfather was the judge in Plessy v. Ferguson. That was taking place at the same time the Original Illinois Club was founded … the citizen’s committee was very concerned about the Separate but Equal Act, part of an 1890 legislation that got put back into play.

What makes this film significant?
When the storm happened and CNN showed repeatedly pictures of one view of black New Orleans, that became ingrained in people’s minds, so even though we had finished shooting the film, it became even more important that people understood the diversity of black culture here.

One thing you learn in the film, they had former debutante’s come back during the ball and say what they were doing in their lives. And one after another said, I have my PhD; I’m president of this and that; and I speak two different languages, French and Chinese. I already knew this, but I know that the audience doesn’t know this. When members talk about why the club is important, they say because you can be anything you want to be, you can go to Harvard, Grambling, Dillard, Xavier [and] we’re going to help you by giving you the etiquette tools you need to do those things.

It’s serious. But there’s also a huge sense of humor about it. We all know that putting on tights, a tunic and a crown is fun. Masking for Mardi Gras is the greatest release in the world.

506
previous Shock It to ’Em!
next Lights, Cameron, Action