Legal Profile: Planning Is Everything

Meet Carole Cukell Neff, a local estate planner who is an expert in her field. 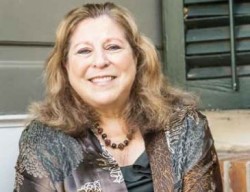 Estate law may not be the most glamorous of legal specialties, but estate planning lawyers are essential to helping people sort out their lives, sometimes during stressful or even painful times.
Carole Cukell Neff, board-certified estate planning and administration specialist at Sessions, Fishman, Nathan & Israel, has nearly four decades of experience at her practice, but Neff’s path to estate law was anything but ordinary.

Originally from upstate New York, Neff earned her undergraduate degree in elementary education. While taking a year off after graduation, Neff visited a friend who was a freshman law student, which piqued Neff’s interest in studying law. She took the LSAT and decided where to attend law school based on her relationship with her then-boyfriend and now husband of 39 years. The couple visited her sister in New Orleans and fell in love with the city, which sealed her decision to attend Tulane University School of Law, where she graduated in 1977.

“When I decided to go to law school, I had never met a lawyer,” Neff says. “No one in my family was a lawyer. All I knew was what I saw on television. So that’s what got me to law school — a whim.”
Neff’s specialization in estate planning was happenstance as well, she says. After graduation, she initially clerked for Justice John A. Dixon, Jr., of the Louisiana Supreme Court. When she later accepted the job at her current firm, she was placed as an associate for Max Nathan, who was passionate about estate planning.

That passion rubbed off on Neff, and she worked with Nathan to co-author a comprehensive resource about Louisiana estate planning law, which she and Nathan update annually.

“Updating the book on an annual basis forces you to know all of the developments as they occur, so we’re on the forefront of passing that information along in an understandable fashion,” Neff says.
About two years into practicing, Nathan signed Neff up to teach a paralegal course on wills and trusts. Neff devoted herself to the material, pulled off the course, and reached a career milestone as a result.

“To be able to teach it, you really have to know it,” Neff says. “So for me, that was a turning point in understanding this area of law and feeling that this was where I fit in.”

“It’s one of the few areas of the law that is for the most part not too contentious, and it’s much more of a helping and advising area of the law,” Neff says. “There’s a lot of satisfaction in helping people do the kind of planning that would allow things to go much more smoothly and less expensively for families when somebody passes away.”

Another career milestone, Neff was invited to be a fellow of The American College of Trust and Estate Counsel — the first woman and youngest person to do so. As an expert in her field, she is frequently called upon for public speaking engagements, particularly continuing education for other lawyers interested in estate law.

Recognized for her career achievements, Neff was recently named one of the Top Ten Attorneys in Louisiana by Super Lawyers of Louisiana and was voted Best Lawyers’ 2011 New Orleans Non-Profit/Charities Lawyer of the Year.

Neff also uses her knowledge and experience to serve the community. She was a founding member of the Women’s Professional Council, served as a member of the board and executive committee for the Algiers Economic Development Foundation and was a past president of the Jewish Endowment Foundation of Louisiana.

Neff has also worked with AVODAH, which pairs young people with local non-profits, and has served on the board of the Louisiana Bar Foundation’s Pro Bono Project. She advised staff attorneys on succession after Hurricane Katrina to enable families to claim Road Home money when they had issues proving home ownership.

Where her community service and career intersect has been her involvement with special needs planning for the disabled, a different area of estate law for those who may need to rely on the government for help paying for healthcare.

Through her estate planning career and community work, Neff delights in serving others in the New Orleans area.

“You get to observe a lot of people going through transformations and transitions in their lives,” Neff says. “So having that kind of personal involvement is very rewarding.”

206
previous Winner on a Mission
next Eye on Design