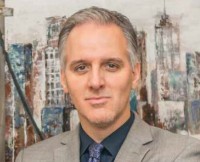 In all stages of adulthood, having a trusted family lawyer is crucial to keeping life in order, especially if faced with marriage or divorce, child custody or setting up trusts. Enter Mark Duncan, New Orleans native, family lawyer and partner at Davis & Duncan, LLC.

Duncan says his path to law was unplanned at the start. He was indecisive in his undergraduate years at Louisiana State University as to what he wanted to do for a career. He decided on business, but after taking a business law class, his career trajectory changed.

“I’d never been exposed to the law in any shape or form, and it kind of took hold and I said, ‘This is it. This is what I want to do,’ Duncan says.

Duncan went on to graduate from the University of Arkansas School of Law and, in 1993, found himself working at Billy Martin’s Western Wear in New York City. It was there that he got his first big break when he was introduced to famed local attorney Richard Golub.

“[Golub] was walking out of the store I was working in, and someone introduced us, ‘Here’s this young lawyer, Mark Duncan,’ and his first response was, ‘What are you doing here?’” Duncan says. “And I said, ‘Looking for you, man.’”

At the time, Golub was in the thick of a major case and needed extra help — a need that Duncan was happy to fill. Duncan ended up spending half of his law career at the firm working in a very “sophisticated” atmosphere with big-name clientele.

“It was as good as you can hope for as far as it goes for a young lawyer, working in that place,” Duncan says. “I’m forever indebted to him for the experience that he gave me. … It was high stakes stuff and a whirlwind for several years. We had to work around the clock, six days a week, 60 to 80 hours a week. It was madness, but you learned how to practice law.”

After a time serving the litigation needs of Dwyer & Cambre’s transactional clients, the two lawyers decided to start their own independent practice, Davis & Duncan, LLC, in the old St. Tammany Bank building in Mandeville. Duncan describes founding the firm as his “biggest accomplishment,” although, “it happened a little sooner than I thought it would,” he says.

The firm handles a wide variety of casework but is beginning to specialize in estate law (Davis) and family law (Duncan). Duncan takes pride in the way that he and his firm operate, with a focus on keeping costs down, particularly in the area of family law. That way, the firm can provide legal representation for clients that is more affordable than they might find elsewhere.

“Far too many times, someone has come to me to take over their case, whether it’s a divorce or related matter, and they’ve already spent $10,000 on another lawyer and hardly anything has been done in the case,” Duncan says. “It’s hardly even out of the starting block. That’s happening with too much frequency for my taste. That frustrates me that that’s going on.”

Duncan and his firm also focus their strengths on fostering relationships with clients as delicate family law-related matters pop up throughout their lives, from prenuptial agreements to wills and trusts.

“It’s an intensely emotional period for the clients,” Duncan says. “It’s rewarding for me to usher somebody through that time. It can be very overwhelming because it is so emotional. What I try to do is keep perspective and try to bring clarity and understanding to the entire process and get them through it.”

While his day-to-day responsibilities can vary widely, Duncan enjoys his work in family law and the profession of being a lawyer in general.

“Part of that is what makes the profession fascinating — while a lot of the work is routine, there’s nothing really routine about it,” Duncan says. “You’re always addressing some issue every day that’s a little bit different — similar to what you faced before, but not quite the same, and you’re trying to navigate through that for your client.”

Duncan has also self-published a law-inspired novel set in New Orleans, All in the Cards (2014), which he is currently shopping to publishers through three Manhattan literary agents. He has just finished writing his second book, a multilayered crime drama also set in New Orleans, which he will send out to an editor and later also traditionally publish. All in the Cards is available at the Mandeville Barnes & Noble. Davis & Duncan, LLC, 849 Galvez St., Mandeville, (985) 626-5770, davisduncanlaw.com