New Orleans has its own language. 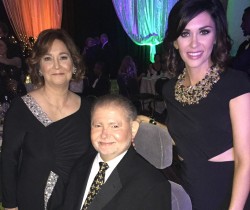 If you told a New Orleans native that something was “K&B purple,” they’d know exactly the shade you meant. And if you understand all the lyrics to “12 Yats of Christmas” (dix pack ‘a sixie, anyone?), you certainly belong here.

The culture and our own “language” make New Orleans unlike any other city. You see a lot of our French heritage in this way, but some things appear that we just made up our own terms. I didn’t realize words we use aren’t used elsewhere until I attended college. I asked a friend where I could get a brake tag and it sparked a detailed conversation in which I found out everyone else calls it an inspection sticker.

If you’re not a native, fear not! Here are translations to some of our most commonly used terms.

Neutral Ground: Everywhere else, it’s a median in the road. For me, it’s my float side every year. I recently read that this term came about when Canal Street divided the French and Spanish settlers, who didn’t get along but would do business there.

Ya herd: Were you listening and do you understand me? So much meaning in two little words that my husband and I use way too much.

Lagniappe: A little something extra. It can be anything, from extra food on your plate to a piece of advice. If you weren’t expecting it but it’s definitely welcome, it’s lagniappe.

Dressed: In my opinion, this is the easiest way to say you want lettuce, tomatoes, mayonnaise and pickles on a sandwich. It’s so much easier for me to say, “Dressed, but no tomatoes.” The rest of the country should totally use this one. Especially because I forget and say it when I’m out of town and then have to explain myself.

Where y’at: The older generation used it to mean “How are you?”.  It seems to have evolved into more of ‘Where are you?”  For example, “Where y’at? On the neutral ground side?” That question would be Greek to anyone outside of New Orleans.

Locker:  A closet. This one is a favorite with my Granny. “Go put your clothes away in the locker.”

Make dodo: (Pronounced doe-doe.) A term I heard a lot as a kid, it means go to sleep. It is derived from the French conjugation of faire dormir. I think some things just didn’t translate well, from French to Cajun French.

Fixin’ to: You’re about to go do something. I believe they like this term in Texas as well.

Come see: This means come here or come look at something. I didn’t know until recently that other people don’t use this term. It seemed normal enough to me!

Up front: In some cases, it refers to the living room of a home. We regularly say, “Let’s go up front,” even though it’s technically not the front of our house. I believe this came from the fact that most homes were shotgun style and the living room was in the front of the home. If you live on the Bayou though, up front refers to “town.” As in, if you go from Lafitte to Marrero, that’s going up front.

Gimme some sugar: To give kisses. My grandparents told me this all the time and I find myself now telling my children.

Bless your heart: I like you and appreciate what you have to say, but I still think you’re an idiot.

Wrench, zink, terlet, battroom: Words I frequently heard growing up and later learned were not appropriate pronunciations. You would wrench (rinse) your dishes in the zink (sink); make a po-boy with mynez (mayonaisse); and use the terlet (toilet) in the battroom (bathroom). I could go on with even more — I didn’t even mention dis, dat, dese and doze. My grandpa would even say he had a doctors “apperntment.” We have our own ways here for sure.
While I’m not a fan of our crime, potholes or education system, there’s a certain je ne sais quoi about this city that continues to pull me in. It’s what causes us to miss New Orleans when we’re away and makes living below sea level seem a little less crazy. From Mardi Gras debauchery to Mary statues in the front yard, you won’t find a city anywhere like this one — especially not with such a variety of amazing food options. These are just some of the reasons why I’ve planted roots here with my family. Plus if I moved away, no one would understand what I’m saying.

748
previous Arts: May 2016
next The Heart of Louisiana: Hokie Gajan