Love him or hate him, Donald Trump is great for business. 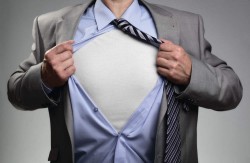 The wildly successful entrepreneur-turned-politician is a guaranteed win for American businesses large and small. With a resume unrivaled by any candidate Republican or Democrat, Trump has the know-how to get the U.S. economy where it needs to be. As President of the United States, The Donald will translate his extensive private-sector understanding of business into meaningful policy to guide the nation onto a track for prosperity. To put it in Trump’s own words, he truly will “make America great again.” Pairing perfectly with his corporate acumen, Trump’s bold and forward-thinking demeanor will shake up American politics in a game-changing way.

One of the biggest shake-ups Trump will bring to Washington is his amazingly simple, yet brilliant, tax plan. Americans are fed up with a wildly over complicated tax plan that fails to provide the social and economic benefits we need. At the same time, American businesses are tired of the government’s tax system, and, as a result, billions of dollars of corporate assets have shipped off overseas. These tax inversions, as they’re called, are a drain on the American economy, and Trump is the only candidate with the ideas to right this listing ship. Courts have ruled time and time again that the government cannot force a business to stay in the U.S. for tax purposes, so why does Washington continue to dis-incentivize America? We need a candidate that will make America attractive to businesses.

Trump’s tax plan tackles this issue head on. Instead of using a stick, like so many politicians want, Trump proposes a carrot: a 15 percent flat corporate tax that encourages U.S. companies to stay at home by competing with international tax havens. This is an internationally competitive tax plan, and, when factored in with Trump’s plans for a full revamp of American jobs, our nation will once again be the economic powerhouse it should be. The rise of American jobs, and a fair corporate tax, will make businesses want to stay American, and prevent the tax inversions that are costing America.

This flat tax does more than just help big businesses; small businesses benefit too. A 15 percent corporate tax rate is lower for almost every single business owner; whats more, the same job-creation bills proposed to keep big companies in the United States will help small businesses find employees too. A peer of Trump, fellow socially responsible billionaire Carl Icahn, endorses the real-estate mogul, stating Trump is the clear choice for voters, and Icahn even offered to advise him on business matters. While Icahn supports Trump, along with other business leaders such as Tom Barrack and Andrew Beal (also both billionaires), what about small business owners?

Listen to any Trump rally, and you will hear Americans rail against career politicians. These Washington insiders do nothing but play the political game, shuffling meaningless bits of rhetoric among each other, while ignoring the demands of the American people. Finally, we have woken up. Our nation is tired of Washington gridlock, and Trump is the outsider candidate with the panache and tact to get D.C. going again. Trump is a gifted businessman who has spent his life engineering win-win deals. That is what the American people need, a candidate to cut through the white noise of Capitol Hill and push laws that will help U.S. citizens and businesses.

Politicians throw around their catchphrases all the time (how many times did we hear the words “hope” and “change”?), but Trump’s slogan is so much more than just rhetoric. “Make America Great Again” is a battle cry for the disenfranchised worker, the overtaxed small business owner and the hopeful entrepreneur. Trump’s bold, no-nonsense attitude, and thoroughly crafted tax- and jobs-creation plans will undoubtedly Make America Great Again.

Why Trump is Good for Business
1. Trump is a Washington outsider. Politicians in D.C. play games and continually fail to represent their constituents. Trump listens to his supporters loud and clear, and he is not afraid to make tough choices.
2. Trump is self-funded. While Hillary Clinton, and just about every other politician on Capitol Hill has to answer to corporate donors, Trump is responsible only to the millions of Americans supporting him.
3. Trump isn’t afraid to speak his mind. While other candidates fill their campaign speeches with empty rhetoric and worthless promises of hope and change, Trump tells it like it is — and voters love him for the honesty he shows.
4. Trump’s tax plan is great for business. Trump proposes a graduated tax plan for individuals, and flat tax for businesses, which is a win-win for Americans. This flat corporate tax will reverse the rash of tax-inversions plaguing the American economy.
5. Seventy percent of small business owners support Trump according to a recent manta.com poll. Small businesses are currently punished by over-burdensome corporate taxes aimed at big businesses. Trump’s corporate tax rate will return prosperity to Main Street.

144
previous New Heights in Healthcare
next Downtown Living: May 2016