The owner of a solar power company might typically embrace the technology out of passion for clean energy. But at PosiGen, Tom Neyhart is much more in the business of helping people. 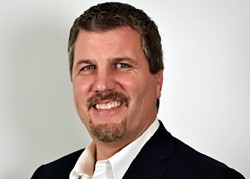 After Hurricane Katrina, he got tired of watching people struggle through the byzantine maze of tax credits and government assistance. “It seemed so insurmountable for the average consumer,” Neyhart says. “I was in construction at the time and started thinking, ‘How can we help homeowners navigate this process?’”

In the middle of brainstorming, he discovered that the average low-income resident spends four to six times more of their take-home pay on utilities than middle-to-upper class residents. He talked to people who got their utility bill and prayed over it before opening it. Suddenly, solar for lower-income residents seemed like putting money back where it was needed most.

But how to do that without checking credit or collecting down payments? The answer was leasing. And though it creates a monthly cost to the consumer, the cost savings from generating solar power typically brings the electric bill well below where it started.

Plus, every PosiGen customer gets an energy upgrade on their home, a detailed audit designed to reduce consumption and increase savings. In a 125-year-old shotgun house where 70 percent of the energy leaks through the attic, PosiGen can seal the attic and walls, repair duct work, add LED lightbulbs and sometimes triple the savings.

“We’ve seen a $400 a month bill go down to $79,” he says. “When it comes to coal or natural gas, you’re burning an expensive resource, but, with solar, you’re taking a free, renewable resource and generating instead. The only burning that happens with solar power is that we get sunburned.”

A lot of Neyhart’s customers are shocked to discover they can afford to go green. “People get excited about saving money, but they’re just as excited about solar. ‘I live in the Ninth Ward! I can get solar panels? I thought that was just for the George Clooneys and Jennifer Annistons of the world … I’m saving money and making a difference in my world for my grandkids.’ There’s a real pride in ownership. We never expected it to get so big, but, once it did, it became as much a mission as it did a financial decision.”

Solar power has seen what Neyhart calls a real hockey stick growth — as costs are reduced and the technology improves, solar becomes more feasible to a greater number of people. A system installed for $100,000 four years ago would run under $30,000 today (with a 25-year warranty too). He believes the predictions that the U.S. sum of solar installed in the last 40 years will double in the next 18 months.

For all the growth, PosiGen is in a class by itself. The company offers purchase and lease plans but are the only for-profit company to focus on low-income customers, offer no-credit-check leasing and do solar with energy upgrades. And that, he says, explains their many awards. PosiGen has been named the 58th fastest growing company in America (second among solar) and the fastest growing private company in the state. Neyhart was given a patriotic employer award and named a 2014 Goldman Sachs Top 100 Most Intriguing Entrepreneurs as well.

With all the businesses Neyhart and his wife, Lisa, have run, it’s always been about the people. “It’s not what you’re doing but how you do it — creating jobs and creating opportunities.” PosiGen has grown to 200 employees and 165 contractors across four states: Louisiana; New York; Connecticut; and Florida with an eye on expansion to South Carolina; Washington, DC; and New Jersey.

“I owe a lot to my wife,” Neyhart says. “And our beautiful blended family of her son, my two daughters and a foster son. We call ourselves the ‘Bayou Bunch.'”

Neyhart radiates sunshine like his equipment collects it. “If you ask my wife, she would say I’m the eternal optimist,” he says. “I can’t help it. I believe in the ability of our team to do amazing things. We sometimes fall short, but we’re always shooting for the stars.” posigen.com