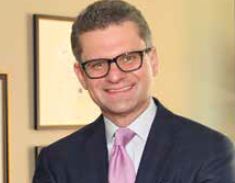 Board certification in the field of female pelvic medicine and reconstructive surgery has only been available since 2013. Such a brief period of time since inception of official recognition of the subspecialty does not account for its entire existence. There is evidence, going back hundreds of years, of therapies designed to help women with pelvic organ prolapse. In that time, women have been suffering from a multitude of symptoms ranging from incontinence of urine and stool to pain, and the mental anguish of knowing their most private anatomy is not normal. Decades of research, refinement of surgical modalities, improvement of equipment and expansion of understanding in female pelvic anatomy produced a body of knowledge that had to be mastered before the first board exam in this discipline, also known as urogynecology, was offered. Passage of such a strenuous course of study and completion of further specialized training beyond residency in either obstetrics and gynecology or urology does not enable one to then sit still, but rather compels them to look ever forward in hopes of advancing the health of women. Dr. Ahmet Bedestani says that even since he became board certified (the moment it was available), trends have evolved at a rapid pace. The latest is staged surgeries and minimally invasive surgical techniques.

Structure and function are intertwined within the female pelvis to facilitate efficient function of the urinary, genital and gastrointestinal systems. One cannot expect to manipulate one area of the female pelvic support system without affecting the other. It is here where the latest in robotic technology allows pinpoint precision in allowing access to damaged support structure without disrupting surrounding normal tissue. This is elegant refined surgery that calls for an artistic appreciation of anatomy to restore function. At the same time, Dr. Bedestani says, “You can’t get your best outcomes from doing a mass surgery on everything at once.”

“It’s better to break a complex problem into its smaller parts, to concentrate on issues of paramount concern,” Dr. Bedestani says. “To say we are going to take care of X, Y and Z all in one operation is a little full of hubris. A meticulous approach, doing the right component at the right time, possibly in separate surgeries … it’s now become more mainstream for physicians to split the procedures.”

He feels this approach, along with his desire to repair a problem — and the confidence to know he can — is working very well for him and his patients. “I can honestly say that I am routinely sent some of the most complex cases,” Dr. Bedestani says. “The word is out on my outcomes. When you have a proven track record on a substantial volume of work filled with exemplary outcomes, physicians feel comfortable telling a patient to use their precious time and their resources to get in a car and come here to East Jefferson Hospital. Almost 40 percent of my patients come from outside Jefferson Parish … from all over the state, Mississippi and the coast. And a quarter of my patients come from word of mouth.”

A big part of his success he feels comes from the support of East Jefferson Hospital and the high level of expert consultation available from colleagues on the medical and surgical staff. “There are so many dedicated, gifted physicians at EJGH that I can call upon for collaboration, which enables me to be in a position of being able to deliver treatment that addresses people’s needs safely, skillfully and efficiently,” Dr. Bedestani says. “It is an honor to be able to practice at East Jefferson Hospital. Everyone here is focused on one thing: to take care of the patient in the best possible way.” It is commonplace to see members of a multidisciplinary team work together to achieve excellence on behalf of those under their care.

Of course, none of this success would be possible without strong mentors along the way. Many years ago Dr. Bedestani was put in a position of needing extraordinary care himself when an accident left him with a damaged left foot. Many providers felt all avenues of therapeutic intervention had been exhausted and all that was left was amputation. One last consultation led him to Dr. Sum Tran who took one look at the compromised appendage and said, “I can fix this.” And several months later, Dr. Bedestani was not only walking, but also running. The audacity, devotion and confidence of Dr. Tran were inspiring and life changing for Dr. Bedestani. It lit a fire in him to follow his life long dream of helping others. He applied to medical school and four years later he gained an appointment to the prestigious Mount Sinai Hospital residency program in obstetrics and gynecology. Through determination, focus and discipline he excelled and worked his way up to chief resident in his fourth year.

Another mentor, and still one today, is Dr. Ralph Chesson, a female pelvic medicine specialist he met on a mission trip to Nicaragua, which he took during his third year of residency. That’s correct — Dr. Bedestani went to go volunteer on his time off from his already demanding training program. Through constant effort, and a can-do spirit always delivered with compassion, Dr. Bedestani made a positive impression on his mentor. Three days after residency graduation, he began a fellowship with Dr. Chesson at LSU. It was, he said, “a golden period of my life in terms of pure selfish learning. I only had one purpose and that was to acquire as much knowledge and skill as I could.”

He has taken another trip to Nicaragua with Dr. Chesson and one to Ecuador with New Orleans Medical Mission Service. As a child he was always trying to right a wrong, and he doesn’t like to see people suffering with a problem he can fix. “All women, regardless of age, disposition or place deserve dignity,” Dr. Bedestani says. “Everyone is entitled to be free of the effects of pelvic organ prolapse, and deserves to have us do whatever it takes to gain that.”

The level of need for such service is great at home too, he says. In addition to his busy practice of medicine, he and his wife are recent parents welcoming a daughter who has become the greatest addition to their life. “Becoming a father in my mid-40’s is just icing on the cake. Being able to enjoy my daughter after a day of being able to help people, fills me with a deep spiritual joy. I can’t explain it any better — it just completes the circuit.”

Dr. Bedestani typically goes to bed when she does with “peace in his soul and positive energy” so that when he wakes early for another day of surgery, he knows he’s ready to take on the highly challenging cases and see them through to achieve the desired results for his patients. Operating for long periods of time, as is sometimes required, demands an enormous amount of focus and physical stamina. One must have devoted their professional life to this type of work so as to have the mental, physical and spiritual strength to take these cases on,” Dr. Bedestani says.

“I work for East Jefferson General Hospital with pride,” he says. He feels the institution supports his work and enables him to only have one focus, which is the patient. “I’m not here to write papers or book chapters, or run around dealing with things unrelated to the well being of patients. I deliver healthcare through surgery or conservative therapies, and what I concentrate on is the very best outcome for my patient. I’m always challenging myself to do better and part of that mandates I look back at my results and compare them against the world. I try to put all the components that are needed together to achieve goals, and try to improve with every case. As I have said before, this is my life’s work. I arise each day and can’t wait to look upon my wife and daughter before walking out the door to help women enjoy every aspect of their life to the fullest.”