Home Away from Home

Drawing parallels between France and New Orleans isn’t so hard after all. 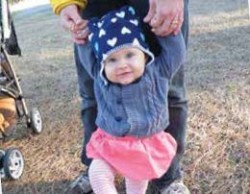 “Where are you from?” That’s the question I am still asked after I usually say one or two sentences in a conversation, or sometimes only after I pronounce my name. I was born in Paris and was raised in the French Champagne countryside, in the middle of vineyards, castles and rolling hills. It was just as pretty and as it sounds, and I loved it. After meeting my now-husband 10 years ago, I excitedly decided to embark on the biggest journey of my life and moved to the United States. I first lived in Atlanta and then joined him in New Orleans in 2008. That year, we got married in a small church on the West Bank—the day Hurricane Ike made landfall on the shores of Louisiana.

As I moved to the Crescent City, many locals assumed that I would have an easy transition because New Orleans is “so French.” I was told countless times that it must “look like home.” or that the food was so “similar because it’s so rich.” Many people approached me and told me how “French” they were because they had Cajun ancestry or could speak some French. At first, I found nothing French in New Orleans, and these comments irritated me. All I saw were the pollution, the dilapidated buildings alongside Claiborne Avenue, the crime and gun violence, and the spicy food. I couldn’t understand the so-called “French” lyrics in the Cajun songs, and I couldn’t digest the food. For three years, I was homesick in this town that was so supposed to remind me of home.

What changed my feelings? I left; then I came back. My husband and I relocated to the Northeast for three years. In 2014, we had to move again for work. An opportunity arose in New Orleans, so we came back. With now having a family, I wanted to raise my daughters to know about their French heritage. And surprisingly, I have now found ways to make New Orleans an ideal French home for my family. I have spent the past 20 months making New Orleans my French home.

French living is an art. It is all about taking time. Taking time to eat, taking time to laugh and play with friends, and taking time to just appreciate the moment. In New Orleans, I have learned to live what I call “the simple life.” That simplicity is not dull, but more tranquil and peaceful. My French life takes me downtown to the Farmer’s Market on a bright Saturday morning, followed by a delicious lunch of grilled fish at Pêche Seafood Grill. In France, we carefully choose what we eat and how we eat it, and the market allows me to reconnect to my food. We pick up herbs, strawberries, shrimp and bread. I want my daughters to appreciate what we can grow here, and how good it can taste. That’s very French.

During the spring, I make sure to go to concerts; sit down; and play with my daughters on a picnic blanket in Audubon or City parks. It’s all about taking the time to appreciate the beautiful days before the heat of the summer. On Sunday morning, we get beignets from Morning Call; sit outside on the heavy red chairs, and invent stories about the egrets and the pelicans. During the week, we go to the library and read books together. We toss coins in the Elephant fountain at Audubon Zoo; or, we search for the stars on the bumpy covers of the Sewerage and Water Board in the French Quarter. We also love to eat pastries and macarons at the various bakeries in the city, and we appreciate the diversity of small local businesses that make New Orleans so eclectic, yet … so French.

Today, I am happy and proud to call New Orleans my home. I am not sure where life will take my family in the future, but, for now, I am enjoying every minute here.