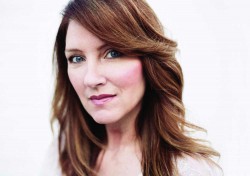 Human trafficking is an ugly, messy, horrifying fact of life, a dark subject that lies dormant in conversation even in a modern world ready to shake its fist and call out anything that seems even remotely unjust. It’s mainly because people don’t have the sordid topic on their radars as something that is prevalent in their surrounding communities or something that could remotely affect them personally. The frightening reality is that human trafficking is a pandemic situation across the globe, and if local filmmaker Lisa Arnold has her way, after seeing her feature film Caged No More, which she directed, produced and co-wrote, society will be aware of the eerie threat that lurks right in their own backyards, even here in New Orleans. Perhaps they will even want to work toward eradicating this major predatory danger that affects children, teens and adults everyday.

“Honestly, I thought that human trafficking was the farthest thing I’d want to take on as a film,” says Arnold, who co-produced the award-winning movie God’s Not Dead, the largest indie faith film of 2014.

“But it’s a curtain that must be pulled back, and, once you know about it, you are living with the pain of all these victims around the world. Globally, every 30 seconds someone becomes a victim of human trafficking; 27 million people each year become victims and 1.2 million of those are children. One guy who rescues victims told me the demand is so extremely high, it’s even surpassed the battle with drugs because it’s so profitable. A drug is sold once but a child or a woman can be sold 20, 30 times a day. I’ve heard of a case in Georgia with dozens of arrests where the girls were being sold 50 times in a weekend.
Here in the U.S., the greatest risk is to boys ages 10 to 13 and ages 11 to 14 for girls, so we must start having candid conversations at home.”

Filmed in Baton Rouge; New York City?/New Orleans?; and Athens, Greece, and released nationwide in theaters in January 2016, Caged No More is a drama starring Kevin Sorbo, Emmy-Award winner Loretta Devine, Alan Powell and Cassidy Gifford. Kathie Lee Gifford, Governor Bobby Jindal and Natalie Grant make cameos in the film, which centers on a godmother who discovers her two goddaughters were kidnapped by their father in order to be trafficked so he can settle a drug debt, and a global search for the girls ensues.

Arnold became inspired to push an anti-trafficking message after discussing it with Molly Venzke, the co-writer of Caged No More and writer of the novel Caged, now titled Caged No More, the first book in a trilogy. “Molly knew I took on social justice issues in some of my films and felt comfortable coming to me,” Arnold says. “When she told me how prevalent human trafficking is not only here in the U.S., but also in our own backyard, in New Orleans, Covington, Mandeville and all over Baton Rouge, I knew I must get involved.” The film is meant to be part of a trilogy, with a second movie that will focus on victim restoration and a third taking a global look at trafficking.

“Trafficking happens in many ways,” Arnold says. “Remember ‘stranger danger,’ where we tried to keep kids from getting in cars and things like that? Now they are getting to kids through social media. They can reach a girl that likes Taylor Swift and say, ‘I’ve got tickets, meet me here,’ and then they’re gone. Pimps hire teenagers to infiltrate where kids hang out — at churches, malls, schools — and get kids to befriend them then entrap them. They believe over half of all victims know their perpetrators. Some kids go to school and function on a daily basis then come home and get pimped out by their parents; yes, parents are selling their children, even in the U.S. The shame of it keeps them in a box. It’s a modern day form of slavery; they lose every human right. We discovered over 500 anti-human trafficking organizations have teamed up with us on this film, such as A21 and IJM and the smaller mom and pop ones, and there’s over 700 in the U.S. out there fighting this fight — but they need us raising our voices to make a difference. Tony Sparks, who runs Phantom Rescues goes in with other ex-special ops to do whatever it takes to get these kids out, but we all have influence through social media. We could tweet powerful trafficking statistics instead of telling everyone how great our coffee was. People may think it’s daunting and they can’t make a difference, but yes they can!”

Since the release of Caged No More on DVD June 7, Arnold and her team have led a grass roots effort traveling from city to city to share their crusade against human trafficking. “We started a live event tour and it’s been amazing,” Arnold says. “We are hosted in communities by churches, organizations, schools and universities; we’ve been to LSU. We show the film and do a live panel discussion with someone from the film, and we bring in law enforcement and victims, and discuss how trafficking is happening in that particular area. It’s very informative and powerful. One of the reasons we made the film is so that parents would have a tool to talk to their young teenagers about trafficking, so the film was crafted so that a 13 year-old or an even younger child can see it. Things are suggested but not shown. It does all the great things that an entertaining movie should do, but, at the end, a parent can tell their teenager, ‘We have to talk about it so that we prevent this from happening to you or to someone that we know.’

Anyone can go to cagednomoremovie.com to sign up to do a live event in their area.” A live event will be held locally at First Baptist Church Covington this fall.

Arnold says that being a part of Caged No More has been wonderful. “The reviews across the board have been phenomenal, from Variety to all the faith outlets; we’ve swept three film festivals. We’re trying to educate any way we can. One amazing story is that a woman in Louisiana saw it and just felt something; she got on her daughter’s computer and discovered she’d been communicating with what she thought was a boy online, and a bus ticket had already been purchased. Her daughter was about to be taken. It’s a hard thing to make a movie about, and hard to talk about, but it’s definitely one of the greatest privileges of our lives. Each of us must have the courage to face it, fight it and be champions in this cause.”

Gorgeous, thoughtful, encouraging and charming, Arnold performed on stage for 15 years then hosted a live talk show for a local Fox affiliate before becoming involved in film in the 1990s. “I found my way into film,” Arnold says. “I lived in Georgia at the time where the film industry started to boom, and I ended up falling in love with every part of the process. I wrote and produced for anyone who’d have me work on their projects and lent a hand any way I could. Georgia was struggling, and I wanted to make a move, so we prayed about it, and Louisiana was where my family and I settled in 2005, six weeks before Katrina, with the mission to try and build the faith and family film industry here.”

Then she met Jarred Coates, and they partnered on several projects through their company Film Incito. “We did God’s Not Dead, Christmas Angel, Caged No More, Grace Wins and Camp Cool Kids, coming out next spring, a fun family film everyone can relate to because it’s about our camp experiences,” Arnold says. “It’s growing, and we’re very blessed; we’ve had a lot of support in Louisiana. Incito means ‘inspire,’ so we’re claiming our genre and making films of inspiration.”

Another upcoming film from Arnold, presently titled One Nation Under God, has a political theme. “It takes a look at what’s happening in our society today,” Arnold says. “We’re seeing God forced out of our society, schools and all parts of our lives. It’s a powerful statement about what’s going on in the country right now, and the craziness of politics, and how they’ll say anything in front of any group just to get the vote. It looks at marriage, families, priorities and balancing life, and what at the end of the day is most important. Is it God and family or is it your own aspirations?”

Arnold also enjoys mentoring other filmmakers, especially in an industry that can be unforgiving. “Getting your foot in the door can be hard, and you must know what your passion is or it won’t be worth it,” Arnold says. “You go in to it because it’s something you love — not for money. You must ask yourself what type of filmmaking you must do to feed your soul in order to inspire others.”

As for living in New Orleans, Arnold is enthralled. “It’s so amazing,” she says. “I just love life here. People in New Orleans and Louisiana love life more than anyone in any state or country I’ve ever experienced. They’re passionate and they’re animated. There’s something going on every weekend; people just love to get out and enjoy life. I never cook so I love that there is so much amazing food here! It’s just a great place to enjoy. And there’s no other city like New Orleans. It really is a unique melting pot, and I love that aspect of it. And Covington is such a cute little artistic community — it’s all good. I can’t say enough great things about Louisiana.”

Arnold loves animals and wants to help those in need in the community. She is serving as an honorary co-chair for the Louisiana SPCA’s Howling Success Patron Party and Gala Nov. 11 at the Hyatt Regency New Orleans. “With over seven million animals entering shelters every year, we have to raise our voices and be advocates for these precious animals that need our love and shelter!” cagednomoremovie.com, filmincito.com, la-spca.org