Planet Beach CEO, Stephen Smith, invents a way to work out and recover — at the same time. 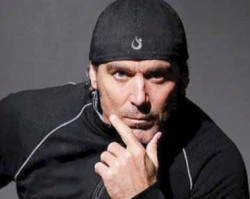 Hotworx is the hottest fitness trend sweeping the nation — literally. The red-hot workout class is a 30-minute isometric training session held in an infrared sauna.

The idea for Hotworx evolved, ironically enough, while local fitness guru and entrepreneur Stephen Smith was relaxing and drinking rum in Jamaica with friends and business partners, Jerome and Nancy Price. “The conversation turned to workout recovery,” Smith says. “We talked about how great infrared saunas are after exercising when Jerome says, ‘You know … they ought to do yoga in a sauna.’”

Smith’s imagination took it from there. He returned to New Orleans to draw up plans, research suppliers and interview overseas manufacturers, and, two years later, the patent is pending and he can now add “inventor” to his resume as well.

Smith, who is the CEO of the international spa franchise Planet Beach, based in Marrero, La., has placed the Hotworx system in a dozen New Orleans and Baton Rouge locations with excellent results. Though the automated spa offerings include spray and UV tanning; light and oxygen therapy; massage; facials; and skin care and nutrition products; Hotworx is rocketing to the top of their sales.

“In fact, about 20 percent of our [worldwide] locations have Hotworx now, and it’s becoming their primary driver of traffic,” he says. “The testimonials from our customers just keep pouring in — most of them unsolicited. I get letters in the mail from people who are so happy because they can get so much more in just 30 minutes.”

And Planet Beach hasn’t stopped there. Hotworx has shipped to gyms and fitness centers as far away as Poland; Saudi Arabia; and Panama City, Panama, and the company recently installed one in the home of actor Jenny McCarthy who plans to do endorsements for the company. Smith says confidently that he expects Hotworx will soon be a household name in fitness like TRX and Zumba.

A Hotworx three-person sauna takes up a mere fraction of space in a gym or spa compared to a typical hot yoga studio. But an even bigger benefit, Smith says, is that using infrared heat means more even heating and lower humidity. “Try it compared to hot yoga, and you would definitely agree that it’s much more comfortable, easier to breathe … it’s not just the air heated around you like an old school heat system. It’s radiant heat like we get from the sun.”

And it’s addictive, he says. Even though he just spent time on a business trip hiking and enjoying outdoor workouts in Santa Monica, Calif., a part of him couldn’t wait to get back to Hotworx. He uses it at least twice per week to polish off his weekly fitness and weight training regimen, but he says many adherents have dropped all their other fitness programs in favor of Hotworx. Military members have discovered that the Hotworx combination helps them make weight and complete their physical fitness test. To keep up with demand, he and his fitness instructors are choreographing and recording another round of workouts to include Pilates and a class called Hot Iso Warrior geared toward fitness athletes.

Don’t let yourself feel “gym-timidated” by the descriptions, Smith says. Hotworx can be adjusted to meet your fitness level. And believe it or not, Smith knows where you’re coming from. Though he played football in junior college, won collegiate nationals in bodybuilding on his 21st birthday and owned a Gold’s Gym, there was a time in his 30s when he let himself slide and gave in to the stress of his work life. “I felt like crap,” he says. “I felt guilty. I even started smoking. It was the dumbest thing I’ve ever done in my life.”

A close friend helped him get back on track, and he even worked his way back up to win a spot on the Columbus Wardogs arena football team. “It was a game-changer for me,” Smith says. “Everyone battles gravity until we’re dead. I felt completely renewed training that hard. Now it’s just a part of who I am.” planetbeach.com, hotworx.net

2.66K
previous DDD to Honor This Year's Downtown New Orleans Virtuosos
next Honoring the Winners of the 2016 Downtown NOLA Awards