Home IN THIS ISSUE The Future of College Sports
IN THIS ISSUE
SPORTS
August 31, 2016 Paul Wegmann 0

The Future of College Sports 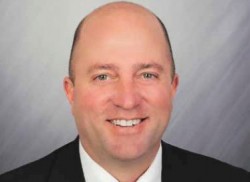 Tulane Green Wave sports took a major turn in December 2015 when Troy Dannen assumed the helm as Tulane University’s Athletic Director. This was true not only in the sense that the school had hired an unexpected name — Dannen had been invigorating the Northern Iowa sports program for years; however the Missouri Valley Conference is not an often-followed league in the South — but also in the change in attitude that Dannen brought with him. For many years Tulane sports has lacked what some might call the “vision thing,” a certitude as to where the program was going and what its goals were for the future. Dannen immediately announced upon his arrival that, “My priority is winning.” Shortly thereafter, he made the bold decision to hire Willie Fritz as head football coach.

Fritz hailed from the Georgia Southern program, like Northern Iowa, a program off the major conference radar and yet one which had been winning consistently under the direction of Fritz. It was clear with the Fritz hiring that Dannen was looking to the future. He was more interested in a coach who had the right character and traits who would own the job and affix himself to the program rather than just a coach with a big name.

Tulane had good fortune in finding Dannen and Fritz almost simultaneously; however, the rarest of opportunities opened up in June when it was reported that the Big 12 Conference would be considering expansion by as many a four teams. Several years before, four schools left the Big 12 leaving it with a void of at least two teams needed to round out the number needed for a conference playoff and more advantageous seeding in the NCAA playoff system as well. In August, Tulane (along with multiple other schools) made its presentation to the conference as to why it should be considered one of the teams allowed entry. Clearly gaining such an admission would fit in with the concept of a vision for Tulane becoming a premier college sports program. What Tulane offered the Big 12 was threefold: its tradition of over one hundred years in athletic competition, including a once founding role in the SEC and Sugar Bowl; its location in one of the nation’s best recruiting hotbeds; and its academic profile.

The Big 12 also offers opportunities for the city of New Orleans — and the school, which maintains its own stadium, Yulman Stadium, on campus. The opportunity can be best seen in the attendance for one game that has probably been forgotten by nearly all due to its insignificance and the final score: On Sept. 28, 2002, the University of Texas Longhorns, a Big 12 team, came to the Mercedes-Benz Superdome to play the Tulane Green Wave. The result — a 49-0 trouncing by the Longhorns over the Wave — was mundane, but what was notable was the home attendance: 46,678. Aside from LSU games in the Dome, that number still stands as the biggest home attendance figure for Tulane since playing Alabama in 1992 (a 37-0 loss before 50,240 people in attendance).

There was a time when Tulane was in another major conference, the SEC (of which it was a founding member in addition to being a cause and site for the Sugar Bowl), which it left in 1966. The decision was fruitful for the immediately following years, but it was later lamentable as the world of college sports exploded in terms of shared television, bowl and tournament revenue, and the added boost a major college sports program can bring to a school’s branding and fundraising. There is the argument that Tulane could not compete in the SEC, and that it will never be able to compete in the Big 12 — but witness the surge in small private schools that have excelled in major conference football recently, including Stanford (Pac 12), Northwestern (Big Ten), Wake Forest (ACC), Baylor (Big 12) and Vanderbilt (SEC). All of these programs are private schools, like Tulane, and all have made it to bowl games in recent years.

If the Big 12 does expand its conference tally to 12 or 14 teams, it would do well to land in New Orleans — a city with a top-50 TV market, a football crazed fan-base and one of the richest football talent recruiting grounds anywhere. On the city’s part, Tulane joining the Big 12 would potentially result in what is practically a bowl game almost every other week against in-conference foes — not only versus the Longhorns and their national fan base, but also versus the conference’s other major state schools near the Mid-South region (such as Kansas and Kansas State, Texas Tech, Iowa State, Oklahoma and Oklahoma State). New Orleans, with its big game and party reputation, cultural sites and other features that for so long have made it a travel destination, would almost immediately become the No. 1 road trip game circled by fans for every team on the Big 12 calendar. While Yulman Stadium is currently at about 30,000 capacity, greater demand for tickets could create an incentive and means to expand the stadium and perhaps even create an impetus for certain featured games to be played at the Superdome again.

As Tulane’s new Athletic Director, Dannen is already showing a vision for the Tulane program’s future by seeing entrée into the Big 12 conference. And it’s clear that if Tulane’s sports program should succeed, then the city will benefit as well.