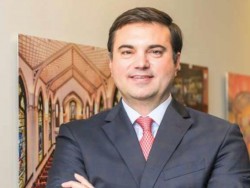 As president of Woodward Design+Build, LLC, a locally based design and construction firm, one of Ken Flower’s favorite construction management moments is when he “hands over the keys” to the new owner of a completed project.

An example is when the company finished Xavier University of Louisiana’s new gym, which, even though it was completed in the summer, felt like Christmas to the students. Or when the company wrapped up work on The Beacon, the third of what will soon be four South Market retail-residential projects that Woodward Design+Build has completed for the Domain Companies in New Orleans.

And then there was the very first game in Yulman Stadium at Tulane University. Sandwiched between two old buildings and flanked by an Uptown residential neighborhood of skeptical neighbors, Woodward Design+Build was under immense pressure to get things right for all involved. Under an already-tight deadline, the University asked the firm to finish in time for the first game rather than for Homecoming. The fire marshal signed off on occupancy just one week shy of the 2014 season opener against Georgia Tech.

Of course Flower was there in the stands (as builder and alumnus) for the big unveiling.

“It was really great to see,” he says. “You don’t always get to finish work and have 30,000 people storming your project one week later.” About the same time, neighbor’s letters started arriving thanking Woodward for the extra efforts to make the construction process bearable.

But Flower has other favorite aspects in the design-build process too.

“I love working with clients and getting their projects up and off the ground,” he says. “Every project is unique, and every client has his goals. Every project has a budget and schedule restraints. We pride ourselves with being able to bring innovative solutions to a project to help achieve those goals.”

Started in the 1920s by local architect Carl E. Woodward, the company’s original values are largely intact. It has always been a design and construction firm, says Flower, focused on a collaborative delivery approach, where every single person working on the project — from architects to contractors to suppliers to clients — brings value. The goal is to optimize the whole project rather than the traditional approach where everyone focuses on optimizing their portion.

That’s the company’s secret to making a new client a repeat customer, Flower says. At least 75 percent of the firm’s projects are for previous clients. “Every time we get a new client, we’re very focused on understanding what their goals are and delivering their vision,” he says.

And Flower is hoping to continue the firm’s growth all over the Gulf Coast. “We’re a New Orleans firm,” he says. “We reinvest in the city on a volunteer and nonprofit basis. But we’re really excited about the direction Woodward is going in. Part of our vision is that we like to be diversified not only in clientele but in types of projects as well as geographic area.”

When meeting about the company’s five-year plan, he says sales, marketing and revenue growth were moved down the priority list to bring employee recruitment and staff development to the top. “Developing talent and staff, empowering a mindset of continual improvement, aligning the entire organization with our vision … that’s really what is going to enable our growth,” Flower says.

He also says leading-edge building concepts helps the firm stand out in a crowded field. Most of its projects qualify for Leadership in Energy & Environmental Design (LEED) certifications and Woodward is ahead of the pack on the city’s storm water management requirements. Even before the rules were in place, the firm designed retention systems and green roofs to slow runoff in large projects and building renovations downtown. Around the stadium at Tulane, an underground stormwater retention system captures 50,000 cubic feet of rain water and even handles overflow from the city system. The company’s home office sports a landscaped, grassy roof and the largest private-facility solar-panel system in the state of Louisiana.

Flower worked along the East Coast before joining his father (the CEO at Woodward) 15 years ago. He and his wife, Lauren, are happy to be back in the city they love raising their 4-year-old son (who likes cars and building blocks) and their 10-year-old daughter who might just go into construction if she doesn’t become an Olympic soccer player first.

“There are new people moving to New Orleans — a huge influx of younger people coming to start their small companies here — it’s exciting,” Flower says. “It’s what this city needs.” And construction companies like Woodward Design+Build are proud to back that growth every step of the way. 1000 S. Jefferson Davis Pkwy., (504) 822-6443, woodwarddesignbuild.com