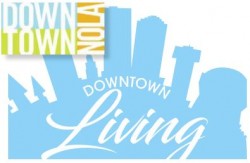 Since 1989, the New Orleans Film Festival has brought independent film to the area and, over the years, has been recognized as one of the most reputable regional film festivals in the country. Now celebrating its 27th anniversary, the festival kicks off Oct. 12 with the screening of director Rob Reiner’s LBJ at the Orpheum Theater. After the screening, Reiner will receive a Career Achievement award from the New Orleans Film Society, presented by actor Woody Harrelson, and the audience will march through the city in a traditional second-line culminating in an Opening Night Party at Palace Cafe. “We look forward to welcoming [Rob Reiner] back and celebrating his career on opening night of the New Orleans Film Festival,” says Jolene Pinder, executive director of the New Orleans Film Society.

On Oct. 14, the New Orleans Film Festival will also be hosting the world premiere screening of Ella Brennan: Commanding the Table, a fascinating documentary that celebrates the life of a legendary New Orleans restaurateur. The screening will be followed by a “Taste of New Orleans” at a grand home in the Garden District, featuring cuisine by Commander’s Palace, SoBou, and Cafe Adelaide & The Swizzle Stick Bar. neworleansfilmfestival.org

Dining: Seaworthy at the Ace Hotel
Open for less than two months, the new restaurant and bar Seaworthy at the Ace Hotel has already made a big splash. The eatery is a collaboration between the hotel and New York’s Grand Banks oyster bar with acclaimed chef Kerry Heffernan at the helm and bar director Lauren Schell who’s also from Grand Banks. Daniel Causgrove, from the Windsor Court Grill Room, is chef de cuisine and Steve Yamada has been tapped as general manager. Aside from offering coast-to-coast oysters, the menu also features three types of caviar, and chilled seafood like Maine lobster and Gulf shrimp. Other dishes in small and large plates include Gulf fish ceviche, soft shell crab, lemonfish with poached cucumbers, seared diver scallops, steamed Littleneck clams and the Grand Banks lobster roll that comes with a side of French fries sprinkled with seaweed salt. Feast on a guava cheesecake for dessert or opt for a cocktail or two like the Fishhouse Punch with cognac, Jamaican rum and peach liqueur. Seaworthy is open daily from 4 p.m. to 2 a.m., and dinner is served daily from 5 p.m. to 1 a.m. 630 Carondelet St., (504) 930-3071, seaworthynola.com