A new book by actress Kimberly Williams-Paisley reminds us to let the light in. 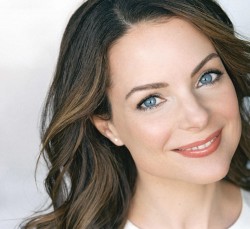 After a tumultuous evening of sticking mashed potatoes and string beans in a napkin and stuffing the whole blobby mess in her dress pocket — and then spitting partially dissolved medicine out her mouth and pitching it across the den with surprising major league acumen — the maniac was finally calm and resting comfortably after being coaxed to bed. I hadn’t been dealing with a petulant toddler in the throes of a bedtime temper tantrum. No, this was my poor 90-year old grandmother, whose behavior has become wildly uncharacteristic since becoming afflicted with Alzheimer’s disease — a progressive, degenerative disorder of the brain that resulted in dementia for her and a lot of heartache for those of us who love and care for her.

I exited her room, and, after feeling the crunch of a rogue pill underfoot, I flopped down in a gold velvet chaise lounge that’s been a fixture at my grandparents’ home forever. I reminisced how, in its heyday, this home bustled with raucous laughter — all while an aromatic mix of New Orleans and Italian cooking wafted from the kitchen. Intriguing conversations about innovative medical advancements instigated by the scientists in my family were par for the course at the dinner table. In stark contrast, tonight I was on the brink of tears in an eerily quiet place; soft food I could care less about was on the menu; and I wondered why there wasn’t some magic pill discovered by now that my grandmother could take to reverse this entire awful situation and restore her mental health to normal.

I missed my grandfather who had recently passed away, but I also missed my grandmother, who was very much alive yet mostly gone. It was the bad nights like these that left me feeling sad, confused, frustrated and isolated from the world.

But thanks to being introduced to the life-changing book Where the Light Gets In: Losing My Mother Only to Find Her Again ($27, Crown Archetype, Foreword by Michael J. Fox) authored by actress Kimberly Williams-Paisley, I realize that my family and I are not alone on this journey. Williams-Paisley, who’s widely known for her film and television roles in Father of the Bride, According to Jim and Nashville (and who is married to country music superstar Brad Paisley), chronicled her family’s story about her mother’s struggle with primary progressive aphasia (PPA), a rare form of dementia that Linda Payne Williams was diagnosed with at the age of 62. Dynamic Linda, who had been the first major-gifts fundraiser for the Michael J. Fox Foundation for Parkinson’s Research, began the descent into cognitive impairment. At the same time, her family followed their beloved wife and mother down the arduous path of forgetfulness, loss of control, mood swings and all the other awful hallmarks of the cruel disease, trying everything they could to help and support her. Williams-Paisley has bravely shared her personal stories in thoughtful detail in her book, many that I understand all too well.

Indeed, Where the Light Gets In has resonated with so many readers that it made The New York Times Best Sellers list shortly after its release earlier this year. While that accomplishment felt amazing in its own right for Williams-Paisley, it’s the fabulous reviews and the lovely, plentiful feedback that she’s received that makes the book feel like a success for her. “I meet people who say to me with tears in their eyes, ‘Thank you for writing this book; I needed to read it; I can really relate,’” Williams-Paisley says. “It feels so energizing and it makes me feel like it has been truly worthwhile to have written this painful story to be able to help people.”

Where the Light Gets In is also a resource for information on dementia. “People say that the resource section in the book has been invaluable,” Williams-Paisley says. “They felt they didn’t have a roadmap to follow, like we did, and they were making the same mistakes we made. For example, we tried really hard to get my mom to write down her specific wishes — but she just kept digging her heels in. Some of the biggest stress for us came from just how alone we felt, and we didn’t reach out to the Alzheimer’s Association until my mom was already in a home, and we could have gotten more peer support and benefitted earlier from the services they provide. They have an entire page on how to get keys away from someone that shouldn’t be driving, which would have been really useful for us.” It would have been useful for us as well, especially given that my grandmother had mad skills in finding hidden keys then T-boning her blocked car out of the driveway across the lawn to a short-lived freedom in the street, always stopping within two blocks after being too confused to burn more rubber.

The Alzheimer’s Association, which is the leading voluntary health organization in Alzheimer’s care, support and research, has recognized Williams-Paisley’s efforts by naming her a spokesperson, and she appreciates the opportunity to get the message out about Alzheimer’s awareness and the need for finding the cure though funding and research. “People said I’d get exhausted hearing people’s sad stories and that it would be really draining for me, but it is not,” Williams-Paisley says. “It feels invigorating to hear the way that the story in all its vulnerability has helped other people feel stronger and be able to talk about what’s happened in their lives and that feels empowering to emotionally connect with them.”

Williams-Paisley travels all over North America for speaking engagements — and thinks doing an event in New Orleans would be amazing — and regardless of whether she’s attending Alzheimer’s specific events, book festivals or addressing a women’s group, inevitably the conversations turn to dementia-related diseases. “There continues to be a need in communities for this kind of discussion for the many people who want to talk about it,” she says. “It’s great hearing that book groups are reading the book and joining in the discussion.”

The stats for Alzheimer’s are so gravely disturbing that it’s no wonder so many are ready to talk about it, and Williams-Paisley is a great source of knowledge. “One in six women in their 60s will develop Alzheimer’s in their lifetime,” Williams-Paisley says. “Lots of people talk about breast cancer, and it’s awesome to see all the NFL players wearing pink sneakers in October. I love it, and I think dementia needs that kind of awareness as well.”

I had recently read that sadly, one in eight women get breast cancer, and I was blown away to hear the harrowing fact that even more women develop Alzheimer’s. “Alzheimer’s disease is the sixth leading cause of death in the United States, and it has no treatment or cure, so if you get it you’re really up the creek,” Williams-Paisley says. Indeed, one in three seniors die with Alzheimer’s, and every 66 seconds another American develops it. “The cost of dementia and caring for patients is expensive because of the 24/7 caregiving needs, so obviously money and awareness must be raised to find a cure,” she adds. In 2015, more than 15 million caregivers provided an estimated 18.1 billion hours of unpaid care to more than 5 million people living with Alzheimer’s, and, in 2016, Alzheimer’s and other dementias will cost the nation $236 billion.

Williams-Paisley and her family have experienced caregiving hardship even though they’re a close, smart, successful family with celebrity status (sister Ashley Williams is an accomplished actress herself). “Just managing the caregiving is crazy,” says Williams-Paisley, an advocate for caretakers who along with brother Jay and Ashley became concerned for their father Gurney’s health when he took on too much as his wife’s primary caregiver. “The first hurdle was getting my mom and dad to agree to caretakers, and the second hurdle we didn’t anticipate was dealing with who’s coming in at what point and all the scheduling, and dealing with caregiver burnout. Sometimes that was more of a hassle in my dad’s mind then just doing it himself.”

My parents, my brother, my husband and I dedicate ourselves to caring for my grandmother — and we have awesome caregivers and friends who have selflessly volunteered to help — but caregiving is still hard on us all; our health, our jobs and our social lives get compromised, and none of us has vacationed in some time.

Williams-Paisley does something else quite remarkable in her book: She manages to make readers feel uplifted. As the title indicates, she was determined to find light in the cracks of dementia’s darkness, such as relishing when her mother had the clarity to pull a prank on her caretaker or finding inspiring “God winks” in the forms of gold paper clips and the eagle yoga pose. “My goal in writing the book was not only to raise awareness for research and funding, but that it would make others feel hopeful,” she says. Today her mother is nonverbal, but Williams-Paisley says that she still has some times of peace and happiness.

Where the Light Gets In has definitely given me hope and helped me appreciate what I still have with my grandmother. Recently I enjoyed watching her baby blue eyes grow wide with interest as she licked a spoonful of Speculoos cookie butter to death, while I described its wondrous flavor to her in food-writer detail. I was thrilled to hear her exclaim, “This is delicious, Chris!” Not only had I gotten through to her; the bonus was she remembered my name. I turn times of potential horror into hilarity, like the morning my poor husband found my grandmother sitting on the sofa all cool, collected, happy and naked. (I do pray, though, that my husband isn’t permanently scarred from a vision he probably can’t unsee, and I wonder: What would Brad Paisley do in that situation with his mother-in-law?).

And although Linda, my grandmother and many unfortunate others are the ones imprisoned, it is Alzheimer’s disease that is the heartless, unmerciful criminal, guilty of robbing its victims of their sanity and slowly torturing them to death, while their loved ones are held hostage on the sidelines, unable to do much of anything to help restore them back to their normal lives. It is time to snuff this beast out at all costs.

November is National Alzheimer’s Disease Awareness Month, and we can all do something to help ensure that Alzheimer’s has a bleak future. Read Where the Light Gets In for education and inspiration, and share it with others this holiday season. Donate to the Alzheimer’s Association or sign up for the 2016 Walk to End Alzheimer’s in New Orleans Nov. 5 at Audubon Park. I’ll be there if I can line someone up to watch my grandmother.