Michael Tipton, president of the Blue Cross and Blue Shield of Louisiana Foundation, advocates for our state’s children. 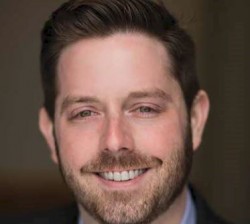 Running a foundation has some unique perks, not the least of which is spending some of a business entity’s or patron’s generously donated money to do good for others. For Michael Tipton, president of the Blue Cross and Blue Shield of Louisiana Foundation, it’s a chance to focus on the things that are right with the world.

“It is a wonderful experience,” he says. “The work that we do focusing on education, health and children’s issues brings us in contact with outstanding people as well as great outcomes.”
Acknowledging that Louisiana as a whole ranks poorly on health issues, Tipton says the work that comes as a result of Blue Cross and Blue Shield of Louisiana Foundation support is particularly heartening — caring people doing exceptional things in the face of those challenges.

One of the top initiatives for the foundation is to honor and support individuals working to help children and families around the state. This honor — the Blue Cross and Blue Shield of Louisiana Foundation Angel Award — is given to people who make the simple decision to reach out to make a difference in just one child’s life, but often end up making a big difference in many lives of those who most need it.

This year’s winners, the 22nd class of the Angel Award, were chosen from a record number of nominations across the state and came from diverse fields of charity work: community development; education; foster children; and family support. “We look for compelling examples and try to share their stories in a powerful way,” Tipton says. “We want to be able to spotlight people going above and beyond.”

The winners are chosen by a committee of previous winners who have an eye out for people working in underrepresented areas and who represent the geographic diversity of the state. These everyday heroes are given business plan assistance and $20,000 for the charity of their choice to help expand the impact of their work. Tipton says the media and community attention the awards generate typically helps each cause garner volunteers and fundraising. And the gala dinner with state dignitaries — including former honorees and Louisiana’s first lady — generates excitement for their charity.

The 2016 Angel Awards will only be Tipton’s second, though he is certainly no stranger to the non-profit world. Before heading the foundation, he ran his own consulting firm helping non-profits grow. Prior to that, he was the executive director of Teach for America in South Louisiana, where he first became acquainted with the work BCBS was doing through grants they funded for rural and early childhood education. He was also a ninth grade history and civics teacher with Teach for America, and he helped open a school in the South Bronx.

After Hurricane Katrina, he knew it was time to come home to pitch in with helping Louisiana meeting its potential. “It’s a place that does and can do so many things,” he says. “I’m clear eyed that we have problems, but I take a lot of personal responsibility that this is my home and it’s my job to do something to create positive progress.” Tipton feels that home, church, sports and his experience at University High School in Baton Rouge all laid the roots for his interest in service and his positive attitude that putting in time effects change.

“Problems are very solvable,” he says. “They can be fixed, they just take time and energy … I don’t think there is anything that with enough time and enough resources, that we can’t make progress against.”

Where the pessimist might say that’s looking at the world with rose-colored glasses, Tipton sees opportunity.

“You have a choice; you can try to make it happen or not,” he says. “For me, I chose to make progress. There will be hurdles and there will be barriers, but I’m going to choose to use my time to make progress and try to move the needle. The biggest challenge is that there are more good and important things to invest in than there are dollars and time to do the work. We recognize that we have our funding and exist because of backing from Louisiana’s largest and oldest healthcare insurer — and we are always trying to use the funding wisely. It’s a good problem to have. Blue Cross Blue Shield wants people to be healthy, happy and living joyful, long, good lives. It’s a nice marriage that way.”

Blue Cross and Blue Shield of Louisiana recently launched three new types of grant programs for innovation, for project completion funding and for collective impact plans where communities take on problems like childhood obesity. For more information about these, the Angel Awards, and other foundation works, visit bcbslafoundation.org.

253
previous The Alzheimer's Disease Crisis
next In the Balance