An Election to Remember

Plan ahead so your business can evolve in a new economic environment. 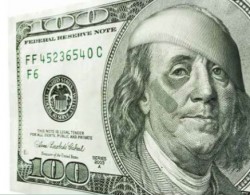 The 2016 Presidential Election will go down in the history books as the most compelling election in modern American history. It will likely be adapted into books and screenplays, documentaries and feature films. Perhaps, the documentation of this year’s race to the White House will occupy an entire floor in the Library of Congress. But as memorable and entertaining as this race has been, it has left American businesses paralyzed with fear that our beloved country is going to hell.

To understand how we ended up with such a terrible idea about America’s future, we must recount how both Hillary Clinton and Donald Trump won their party’s candidacy. Clinton’s nomination on the Democratic ticket was expected. She narrowly lost eight years ago to a young, energetic Obama and has been patiently waiting to become the country’s first selected female candidate from a major party.

However, winning the Democratic nomination proved to be a real test for the former Secretary of State and long-time politician. Bernie Sanders ignited a fire in many Democrats, especially the youth, as he fought to take down big banks and Wall Street and redistribute the country’s wealth. Clinton’s clear path to the nomination became littered with obstacles. The race tightened considerably, but in the end, Clinton withstood a ferocious challenger and emerged victorious.

The real drama came from the Republican presidential nomination race, which saw 17 candidates take aim at candidacy. It has been 12 years since a Republican presidential candidate won a general election, which only increases the significance of the party’s choice. Billionaire real estate mogul Donald Trump headlined a diverse field of presidential hopefuls, and throughout the primaries, he began to distance himself from the others. Trump’s business success garnered many supporters, and his plans to improve the economy stood out among the crowd. His outspokenness and unconventionality became popular among Republicans nationwide, and his rise to the top of the polls was frankly astonishing. Debate after debate, he proved himself as the strongest candidate, while his challengers bickered and squabbled and eventually faltered. Trump won the party’s nomination, but his strong opinions divided voters within the party and caused many to question the conservative identity.

All of these events bring us to today. Two presidential candidates — both highly disliked by members of the opposing parties — and a country fearing November’s result. This election is not just a concern for American citizens; it is extremely significant for businesses. In an August survey conducted by the National Association for Business Economics, nearly two-thirds of respondents said that uncertainty about the election is holding back U.S. economic growth. Another recent poll found that 11 percent of the NABE’s members have postponed hiring or making investment decisions until after November.

Certainly every presidential election brings about uncertainty in the direction of our country and our economy, and none seems more paramount than this year’s race. The NABE’s members have expressed their opinions; more than half rated the election a negative for the economy and the rest were unsure or neutral. More importantly, no one viewed this election as having a positive impact on the economy.

With uncertainty as high as it is and expectations as low as they are, businesses have slowed their investment activity significantly, which is not a good sign for economic growth. In addition, certain large corporations, namely in the technology sector, have been stashing billions of dollars overseas to avoid unfavorable U.S. tax policies. Fears about the fragility of the U.S. economy and its discouraging policies are driving business away, putting even more emphasis on this election. It is critical for these challenges to be addressed and resolved in the next administration. Meanwhile, businesses should use this time to be strategic in finding ways to monetize. Finding access to innovation, capital and high-quality management will allow businesses to endure broad changes in the economic environment and dampen the consequences of the presidential election.

Skepticism and distrust in our policy makers needs to end. Businesses should be confident in the future and take action to better their prospects for success. Though fear runs across party lines, we as individuals and as businesspeople must work together to restore prosperity for all Americans now and in the future.

America’s future rests in the hands of businesspeople, not voters. Take control of everything within your control, because, regardless of who wins the 2016 presidential election, we all must wake up the next morning and push forward.

1. Invest in people, because people make businesses run.
2. Find access to innovation, capital and high-quality management in order to propel your business forward.
3. Diversify your investments and differentiate your activities.
4. Chart your own path to success, and be proactive in getting there.
5. Pursue work that you love, and you’ll never work another day in your life.

94
previous In the Balance
next The True Meaning of Christmas