The Saints may have found a Secret Weapon in the leg of Wil Lutz. 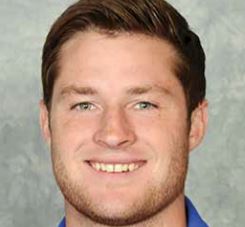 It’s the little things that count. The New Orleans Saints have faced innumerable trials in their inexorable march back to NFL preeminence since winning the NFC South and losing in shocking fashion to the San Francisco 49ers in the 2011 playoffs. Despite a singular appearance as a wild card in the 2013 playoffs, the Saints have plodded through three 7-9 seasons in the remainder. Seemingly overnight after that loss to San Francisco in 2011, the NFL changed from a league based on offensive proclivity heavily weighted on passing to one in which defensive teams thrived. Whereas in the years just prior to 2011, league championships had been won by systems captained by prolific future Hall of Famers (such as Aaron Rodgers (2010), Drew Brees (2009), and Ben Roethlisberger (2008)), in subsequent years, they had been won by defensive stalwarts, featuring units that were among — if not the league’s best — at stopping offenses like the Saints’ when it counted most. In retrospect, the league changed around the Saints even as they continued to be among the most superior offenses year in and year out.

The 2016 season has continued in this trend and yet, after some drafts and free agency off seasons in which they gradually piled up defensive talent, the Saints finally seemed to be catching up the league in that regard. Even so, the first half of the season saw several heart-rending finishes that left players and fans gasping for air: a one point loss to the Oakland Raiders, featuring two missed field goals; a three point loss to the New York Giants, featuring a blocked field goal that was returned for a touchdown by the opposition; and finally, and most achingly, a two point loss to the Denver Broncos, featuring a truly unique return for a two point conversion by the Broncos’ specials teams unit. These narrow disappointments have focused the spotlight on an area often overlooked by fans since Sean Payton became head coach in 2006 — special teams. Though punter Tommy Morstead has been a regular favorite and a known key component to the Saints’ success, new special team leaders have come to the fore in this unusual season, especially kicker Wil Lutz.

Lutz, who started out as a little known undrafted free agent out of Georgia State, earned NFL Special Teams Player of the Week honors in two out of three weeks mid-season — once for booming a 52-yard field goal to score the winning points at the wane of the Saints’ 41-38 win over the Carolina Panthers and again for kicking four field goals out of four attempts versus the Seattle Seahawks, each one crucial in another narrow win but also including another field goal from over 50 yards. In the Saints’ opener, one of the Saints’ disappointing close losses, Lutz barely missed a 60-yard field goal attempt at the end of regulation, which could have won the game if good.

Perhaps most notable though was the fact that Lutz’s kick had more than enough distance. Altogether in the first half of the season, Lutz was second in the NFL in field goal attempts from over 50 yards, trailing only Sebastian Janikowski. Lutz’s long leg is a feature that makes not only the Saints’ offense better, as the coaching staff potentially can be more willing to engage in safe football on the opponents’ side of the field in the knowledge they have a better chance at converting a possession there into points, but also their defense, as again the coaching staff may be more willing to play the field position battle. Ultimately the ability to score from another 10 yards away can change the entire scope of the game and shorten the field for an entire ball game, which is a big advantage.

In truth, the Saints have not had that kind of capability since Morten Andersen departed in the 1990s. Since then, the Saints have employed a succession of accurate yet short range kickers, such as John Carney and Garrett Hartley. In only half a season, Lutz was already seventh in all time field goal attempts from over 50 yards by a Saints kicker. This fact is all the more remarkable since the Saints play in the friendly, controlled confines of a domed stadium, where traditionally kickers are able to give their teams considerable benefits due to the possibility of extra length and accuracy on the perfectly consistent turf. The Saints’ historic dearth of long range kickers in their home dome is even odder in light of the success in the Superdome of Morten Andersen, who proved again and again the offensive and defensive value of a kicker with a booming leg to a dome team, beginning with the Saints, but continuing over the years with the Atlanta Falcons as well. Most memorably, Andersen kicked the Falcons into the Super Bowl versus the Minnesota Vikings with three successful field goals over 50 yards in the 1998 NFC Championship game, which was played in the Metrodome.

With the Saints, Andersen’s leg helped provide his era’s ball control offenses and stifling defenses with a field position advantage under head coaches Bum Phillips and Jim Mora. And yet even so, and despite the fact that Andersen is a perennial Hall of Fame candidate, he never attempted more than six 50-yard field goals in a single season with the Saints. Surprisingly, the Saints’ single season record for 50-yard field goal attempts is held by Tom Dempsey, who, while playing outdoors in Tulane Stadium, kicked 11 such attempts in 1969 (incredibly making just one), and in just half a season in 2016, Lutz trails only him in that statistic. Lutz is almost certain by December to have beaten the all time Saints’ record for field goals of over 50 yards made in a season, held by Doug Brien in 1997-98. In a season of close finishes, the Saints’ best chance to win games at the end may surprisingly rest not on the arm of Drew Brees but on the leg of Wil Lutz.