The Many Myths of Menopause

Touro OB/GYNs help to clear up the confusion. 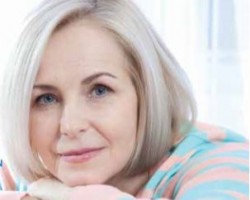 Besides death and taxes, menopause is one other certainty in a woman’s life. But when does it start? How long does it last? So much depends on each individual body. Many questions swirl around menopause and its symptoms, and many myths have sprung from the confusion. Arelis Figueroa, M.D., OB/GYN at Touro Infirmary looks to dispel some of those misconceptions for her patients.

Myth 1: Menopause begins at 51
While it’s true that menopause, on average, begins at 51, Dr. Figueroa says menopause is more of a process, and, because the symptoms come and go, it can be difficult to know when menopause actually starts. “The most important thing to remember is that menopause can be very different for every woman depending on age, genetics, environmental issues and even race,” she says.

Myth 2: A hot flash is the first sign that menopause has arrived.
First of all, hot flashes can begin years prior to menopause, during the lead-up time frame known as perimenopause. But amazingly, some women don’t experience hot flashes at all, those lucky devils. Dr. Figueroa says that while menopause is technically defined by a one-year absence of a monthly period, hot flashes occur for an average of four years, many times even longer. Menopause symptoms last an average of seven years.

Beyond hot flashes, there is a wide range of other menopause symptoms including:

Myth 3: Weight gain is unavoidable in menopause.
Yes and no. Weight gain is inevitable as we age, because as part of the process of aging, our metabolism slows too. “Menopause doesn’t automatically equal 20 extra pounds,” she says. “We just notice weight gain because of all the other changes of menopause. Weight gain is likely to happen if we don’t alter our physical activity in relation to our diet.”

Hormonal imbalances of menopause can also add to the problem as the body responds by protecting itself through storing more fat. The only way around it is to watch what you eat and push yourself to be more active. As a bonus, better nutrition can help regulate hormones, protect bones and keep you heart healthy.

“It’s what everyone tells you but no one wants to hear,” Dr. Figueroa says. “More exercise, better diet …”

Myth 4: Hormone Replacement Therapy is dangerous
There’s a lot of misinformation about Hormone Replacement Therapy, says Dr. Figueroa, and that is largely because of unreliable results from early HRT studies. While there are definitely women who should avoid HRT (like breast cancer survivors) there are others who are a match that find it helps symptoms enormously. For example, the first five years after menopause, women tend to lose bone quickly. HRT, if needed for other issues like severe hot flashes, can also help prevent rapid bone loss as well as other problems like sexual function.

Myth 5: HRT is the only treatment available for menopause symptoms.
“There are actually multiple things we can do, a variety of options available beyond hormone replacement,” Dr. Figueroa says. “It’s important to discuss the risks and benefits of these possibilities with your physician.”

Physicians use certain antidepressants, and medications for neurological and diabetic nerve pain for menopause treatment. Natural products — though not regulated by the Food and Drug Administration for safety and efficacy — include soy, vitamin E and black cohosh. Vaginal creams can work for moisture, PH balance and the thinning skin in the vagina. Acupuncture, reflexology and increased exercise have all been evidentially effective for multiple symptoms. Dr. Figueroa also recommends wearing layered clothing, increasing cold drinks, decreasing air temperature especially at night, and avoiding caffeine and alcohol.

“Hot flashes can be very disturbing for women and disrupt their daily life,” Dr. Figueroa says. “Why not try anything available that is not a danger to the patient?”

Myth 6: Emotional symptoms of menopause are all in your head.
If you’re feeling like a raving lunatic, you’re not alone. Menopause might be a part of the problem. The menopause milestone has been called “adolescence in reverse.” Dr. Figueroa says your physician can help.

“Women might not see psychological issues as pertinent to talk to their doctors about, but do discuss them with your GYN, especially if you don’t see another primary care physician,” Dr. Figueroa says. “Some women think we only deal with certain aspects of the female body, but OB/GYNs deal with the whole woman.”