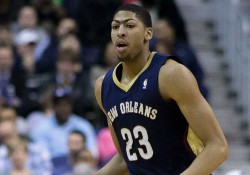 What 2017 will bring for the New Orleans Pelicans will depend a good deal on who they choose to play. In December, facing the Indiana Pacers, guard Buddy Hield, and perhaps the Pelicans, glimpsed into the New Year. Faced with the Pelicans falling out of playoff contention at the earliest of junctures, and seeing Anthony Davis seemingly carrying on with yet another Herculean effort with little support, Buddy Hield scored a career-high 21 points against the Indiana Pacers, adding four rebounds, two assists and five three-pointers in 33 minutes. And the Pelicans won. It did not seem like a huge victory for the 2016 Pelicans, who arrived at a paltry 9-18 (or .333 winning percentage) after the victory, but for the 2017 Pelicans, who were merely 3.5 games out of the playoffs in December, it may have been a watershed moment.

Hield delivered early, as he pounded home the first five points the Pels scored. A rookie, the five treys were a personal high. And yet the reliable outside shot had been terribly needed for the Pelicans, as it has been for long time, and that talent represents a major reason Hield was drafted. After all, the legitimately smart and fundamental yet predictable on court strategy of the prior coaching staff had made it so. Hield’s playing time, and even the wisdom of drafting him, had been in doubt due to his production or lack thereof in October and November, but before that game versus Indiana, Hield had gradually built himself to playing 26.8 minutes per game in his most recent stretch in the week prior. Over that period, Hield had built his production up to 11.6 points per game, as well as three rebounds, two assists and 2.4 three pointers per game.

Stuck between the metaphorical rock of realizing that his minutes had been sparse, and the hard place of knowing that the return of Tyreke Evans was imminent, Hield clutched a moment that held so much hope for himself and the Pelicans and followed through with a victory.

Was Davis — with his superlative effort, which one day not surprisingly may be viewed as Hall of Fame quality — as always, the key to the win? Or was it someone else who carried the team across the finish line? It is always a difficult question as to whether it is the star, or “the second,” who maximizes the star’s effort, who is key to winning. Always serious, Hield is the sort of player that lives, breathes and sleeps in the gym and on the court, the sort of devotee of the game whom the casual observer will see before and after practice, by himself, alone, shooting at a corner goal, doing drills, taking free throws, tossing rebounds back to himself to fire from all spots on the corner — when he thought no one was watching. He is serious, at all times. Dedicated to a game he loves, a love that has carried him from the Bahamas to the upper echelons of major league sports, Hield awaited his moment when he could shine, when he was most needed. He was drafted for that need, and, versus the Pacers, he fulfilled that need. What head coach Alvin Gentry does next with that production, that ability, is up to him.

Meanwhile, during the off-season, the Pelicans signed shooting guard E’Twaun Moore to a four-year, $34 million deal. However, this year, with the Pelicans, Moore’s playing time has gradually decreased during the surge by Hield. Moore is an example of a player who had held value to his prior team, the Chicago Bulls, filling in more than one position, while they dealt with injuries. He had by far his best year from making career-highs of 48.1 percent from the field and 45.2 percent from beyond the arc for a valuable 7.5 points per game. The still young Moore was to provide usable depth to the Pelicans, and he has indeed produced over 10 points per game, a career high, but he has not served the purpose of a singular player who can take the Pelicans to the next level.

So while Davis is that rarest of players who can score 50 points in a game (most recently Davis scored 50 points, including 16 rebounds, seven steals and five assists versus the Denver Nuggets) — and although the NBA hype machine will thus typically focus on Davis — in terms of winning, the question is who does Davis have to primarily support him? Right now the Pelicans bring forward a roster including Solomon Hill, Omer Asik, Tim Frazier, Moore, Aexis Ajinca, Terrence Jones, Reggie Williams and Langston Galloway. That represents a typical Pelicans rotation. For comparison, Frazier, the Pelican who through December was second in terms of minutes played, was the eleventh man in minutes logged for the Portland Trailblazers in 2015-16.

So for the Pelicans, the question is who from that illustrious list can help Davis lead the Pelicans to enough wins in 2017 to make the playoffs, because, after all, that is all that matters. Having started 2016 at 0-8 and 7-16 (following a similar 2015 start of 0-6, 1-11) Alvin Gentry needs to arrive at more than Davis as a legitimate answer. In a season where Jrue Holiday has been in and out of the lineup early on, leaning on Buddy Hield, even as a rookie, seems like a natural solution.