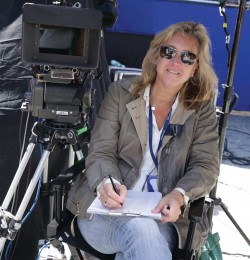 New Orleanians are the quintessential celebrators of life, and renowned restaurant Commander’s Palace is the foremost destination to experience sumptuous haute Creole cuisine and exceptional Southern hospitality — all thanks to legendary restauranteur Ella Brennan. The matriarch of the famed Brennan restaurant dynasty, who made it her lifelong commitment to go the distance to please patrons, started as a teenager in the 1940s at her brother Owen’s restaurant in the French Quarter. That restaurant later became Brennan’s. She continued as proprietor at Commander’s Palace in the Garden District in the 1970s, where she nurtured the burgeoning talent of her staff — including chef Emeril Lagasse, current chef Tory McPhail, and late chefs Paul Prudhomme and Jamie Shannon — and continually encouraged excellence in the way the city wined and dined. Brennan wound up helping transform the New Orleans food and drink industry from one that generated under $1 million per year to a billion-dollar powerhouse. She also impacted the American culinary landscape by injecting Creole wining and dining into it, and bringing the celebrity chef phenomenon to life. In the feature-length documentary, Ella Brennan: Commanding the Table, Academy Award- and Emmy-nominated filmmaker Leslie Iwerks brilliantly captures the humble Brennan’s fascinating journey from life in a big Irish family in New Orleans to becoming the Joan of Arc of cuisine.

“Ella made food fun,” says Iwerks of the down-to-earth doyenne of dining responsible for creating the Bananas Foster dessert and elevating breakfast with music and alcohol to mastermind the Jazz Brunch. “She had her own brand; she was this unique character, a woman in a man’s world back in her early years that ultimately inspired and taught a bunch of men how to do what they do. She was a wise sage to her chefs. She was inspired by Julia Child and the 21 Club, and she learned from others who took her under their wings. Then she created her own way of doing things and a sense of perfectionism that became the foundation for not only her restaurant but her whole family’s empire of restaurants. That level of quality and that effervescent, outgoing, let-us-spoil-you-the-moment-you-walk-into-this-restaurant sort of hospitality that she and her sister Dottie Brennan pioneered has inspired many in the restaurant industry. She made that Brennan name.”

Iwerks originally imagined doing a short documentary on Brennan but ultimately saw a bigger picture surrounding her, and Ella became a substantial film that highlights the importance of Brennan’s influence on the world of culinary arts. “I got to know the food scene through Ella’s eyes and through the eyes of the amazing chefs who have looked up to her in their own careers, such as Danny Meyer, Drew Nieporent and Daniel Boulud,” Iwerks says. Those chefs, along with Prudhomme, Lagasse and McPhail — and friends, family and peers of Brennan’s — were interviewed for the film, which is narrated by Patricia Clarkson.

“I started to understand Ella’s role in the food movement across the country,” Iwerks says. “While she was in New Orleans, she was inspiring other people in the regional cuisine movement. She was ahead of her time.” For her efforts, Brennan has garnered beaucoup accolades, including winning the James Beard Foundation Lifetime Achievement Award in 2009.

The personal and poignant side of Brennan is also featured in Ella. “We told her life story, including her marriage and divorce, and how she was affected by it all and overcame challenges [such as the death of her mentor, Owen, and Hurricane Katrina’s wrath on Commander’s],” Iwerks says. The film also puts Brennan’s outspokenness and keen sense of humor on display: such as her telling Owen his restaurant stank, and him in turn challenging his “smarty-pants” kid sister to make it better, and her schooling a fervid Lagasse by slipping a note in his apron to leave his ego at home. And the unbridled fun that Brennan enjoyed is recounted, from her family’s entertaining of luminaries, to her and Dottie indulging in the perks of living behind Commander’s and having Tory McPhail personally deliver them the best takeout service in the world. “She was embracing that joie de vivre and celebrating life with abandon,” Iwerks adds. “Her life has been amazing. I mean, wow! Who can pull that type of fun off today?”

Iwerks is a whip-smart visionary with the Midas touch for moviemaking, evidenced by her dazzling resume. She’s directed, produced and edited award-winning documentaries, tributes and more for clients such as the Walt Disney Company, Industrial Light & Magic/Lucasfilm, General Electric, and The Academy of Motion Picture Arts and Sciences. Her powerful body of work includes enterprise stories that explore daringly original innovation and rare, almost unfathomable dream-building, while illuminating human emotionality, such as the Emmy Award-nominated The Pixar Story about the studio that revolutionized animation and The Hand Behind the Mouse, the story of her grandfather, Disney Legend Ub Iwerks, who created Mickey Mouse with Walt Disney and was a multiple Academy Award-winning visual effects pioneer. Her father, Don Iwerks, also a visual effects genius and a Disney Legend, founded large format film company Iwerks Entertainment and is an Academy Award-winner for Technical Lifetime Achievement. Indeed, the Iwerks family is responsible for literally making film magic for generations, and Iwerks continues to carry her family’s torch. She is currently crafting films such as The Imagineering Story about the Disney Imagineers and a highly coveted, undisclosed multi-year enterprise film.

The pairing of Brennan with Iwerks proved to be spectacular as evidenced by Ella, a fine piece of cinematic culinary history, making the duo the Lennon and McCartney of the food documentary niche. “Leslie is a class act,” says Ti Adelaide Martin, Brennan’s daughter and co-proprietor of Commander’s. “We like to think we work hard in the restaurant business, but, boy, Leslie is a serious filmmaker! She’s painfully meticulous like my mom, and the documentary is just amazing.”

Debra Shriver, senior vice president and chief communications officer of the Hearst Corporation who serves as an executive producer of Ella and lives it up in New Orleans when she’s not living in New York City, lined up the innovative restauranteur with the equally innovative filmmaker, knowing Iwerks could excavate Brennan’s amazing story. “Leslie is blue chip,” Shriver says. “This was a labor of love for all of us, especially Ti. It was her vision.”

“Debra puts people together in remarkable ways,” says Iwerks, who collaborated with Shriver on the documentary Citizen Hearst, which marked the company’s 125th anniversary. “Deb asked Ti to do a film, but she didn’t think her mom, being so humble, would go for it, but we really hit it off. Deb is great to work with, and I admire her immensely.

And I had a personal affection for the idea that Ti wanted to bring her mom’s story to life, because it was my passion project to bring my grandfather’s story to life. I know there’ll be more projects we’ll do together, which I’m really excited about.” Indeed, the possibility of working again with Shriver and Martin on a live action feature film version of Ella is strong.

“Debra is such a visionary,” Martin says. “We’re putting up a plaque at SoBou to commemorate a conversation we had years ago there, while we were eating oyster tacos. Deb said, ‘You have to do a book,’ and I said, ‘Oh! I hope my mom will cooperate!’ Then she said, ‘You have to do a documentary too,’ and I said, ‘Deb! No way!’ [Laughs]. To think all this wouldn’t have happened if I wouldn’t have gone to SoBou that night and if Deb hadn’t been Deb! People have been very emotional about this film, and my mom just can’t believe the whole thing. It’s the great American story told through a New Orleanian’s eyes.”

Ella made its world premiere at the 27th Annual New Orleans Film Festival on Oct. 14 at the Orpheum Theater to an enthusiastic full house that included Brennan in her family’s entourage. An accompanying book, Miss Ella of Commander’s Palace ($28, Gibbs Smith), written by Brennan and Martin — who acknowledge that Shriver’s husband, writer extraordinaire Jerry Shriver, is responsible for the bulk of it — also chronicles the fascinating personal life and career of the hard-working and lovable tastemaker, and features Brennan’s defining quote: ‘I don’t want a restaurant where a jazz band can’t come marching through’ across the cover.

After the audience held back tears and laughed out loud on an emotional roller coaster at the premiere, they gave Ella a standing ovation. Later it won the NOFF Audience Award in the Spotlight Film: Documentary category. At the after-party at the historic Gelderman home, while guests dined on food from Commander’s Palace, Café Adelaide and SoBou, Iwerks was lovingly mobbed by partygoers. “It was incredible!” Iwerks says. “I talked to people the whole night. The home was stunning, and it was very generous of them to host it. It was one of the best premieres ever for one of my films.” Ella also received a huge outpouring at the Houston Cinema Arts Festival on Nov. 12 and will have a big presence on the film festival circuit this year before it is eventually released.

Not surprisingly, Iwerks fell for New Orleans during her work on Ella and could be happily swayed by Shriver’s suggestion to get a second home in New Orleans. “There’s something so warm and colorful about New Orleans,” Iwerks says. “I love it. It’s amazing and there’s lots of stuff going on there. I think there’s a huge opportunity for more stories in New Orleans. The history, culture, location, the ghosts of the past, the unique characters and personalities that have come from, lived in and passed through New Orleans make it such a rich place.”

Iwerks shines a light on environmental, humanitarian and other social issues through several of her documentaries such as the Academy Award-nominated Recycled Life, which went deep inside the biggest landfill in Central America to record the lives of people who live and work there, and her Canadian Oil Sands trilogy, Dirty Oil, Downstream and Pipe Dreams (the latter two were shortlisted for Academy Awards). She’s worked with non-profits like Save Our Seas and the Sierra Club to raise awareness on matters affecting the globe. As a supporter of animal rescue efforts, Iwerks is an honorary co-chair for the Louisiana SPCA’s Howling Success Patron Party & Gala held later this year.

“My sister has a rescue dog and he’s a little character,” Iwerks says. “I had a rescue cat for years who was the love of my life. He passed away, and I’ve been so busy traveling. Last year I went to about 18 different countries, and I haven’t been able to get another pet. It’s such a commitment, and it’s tough to leave pets behind. But I really respect people who adopt their pets.” iwerksandco.com, ellabrennanmovie.com

1.25K
previous Riveting in Riverdale
next Putting the Fun in Fundraising