Home IN THIS ISSUE Jrue Holiday Takes the Ball
IN THIS ISSUE
SPORTS
March 1, 2017 Paul Wegmann 0

The Pelicans guard will lead the drive for the playoffs and beyond. 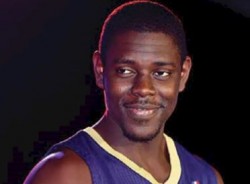 The New Orleans Pelicans face several hurdles as they drive into their playoff run this month. One of them must be utilizing and retaining guard Jrue Holiday who, after a rather moribund start with the team due to various injuries that plagued him early on, has emerged as one of the most sought after potential free agents in the NBA’s forthcoming offseason. Seeking a complement to All-World Anthony Davis, the Pelicans may have finally found a reliable floor leader in Holiday, whose efficiency and consistency have been a steadying influence for the young team on the floor. Shooting at a near 50 percent clip, including nearly 40 percent from the arc, while also leading the team in assists and steals, it is clear that the Pelicans fan base and management are desirous for Holiday to remain and form a contiguous core around Davis.

Leadings the team’s .500 winning pace, which might just be good enough to land his team in the playoffs, Davis has of course continued his progress through the record book and cementing of his elite status in the Association. Nonetheless, the need to provide greater depth and support around Davis has been glaring for some time, as has been the need to ensure that such support be a young core that will create and sustain a winning tradition over the years. Relying on a rotation of Alexis Ajinca, Solomon Hill, Terence Jones and Dante Cunningham has provided the team such a cadre of support and yet none of that group appears poised to become the sort of energized talent who can generate future playoff runs side by side with Davis. However the guard position, led by Holiday and E’Twaun Moore, seems to be a positively developing force in the backcourt.

Holiday’s potential appears to suddenly be growing. In an early February game, versus the Minnesota Timberwolves, Holiday became only the sixth player since 1984 to record 25 points, 12 assists, 6 rebounds and 5 steals in 38 minutes or less. In the two weeks before that, Holiday had been on an absolute tear, scoring 23, 26, 30 and 22 points in consecutive games, and 22 or more points in seven of 10 games. In another game, he had a game changing total of five steals. As part of a strategy change towards a smaller, quicker lineup executed by head coach Alvin Gentry, Holiday seems to fit the exact mode of the more offensively exciting tempo that fans expected when Gentry came to New Orleans from the Golden State Warriors. But it is also clear that being able to run the offense through someone other than Davis makes the Pelicans a much more dangerous team.

As Gentry himself stated, after the Pelicans had defeated one of the premier teams in the league, the San Antonio Spurs (with a burst of scoring from Holiday), “I think it helps any time we don’t have to count on [Davis] getting 30 or anything. When we play with the pace we play with, I think it opens up the floor for Jrue. Jrue is a much more effective player when the floor is open and he has driving lanes.”

Overall the Pelicans were a fantastic 10-4 this seasons through mid-February when Holiday scored 20 or more points, and, not surprisingly, Gentry greatly increased his minutes at the beginning of the playoff run. Meanwhile, Moore continues to be a frequently solid sixth man off the bench, and Gentry seems determined to bring high potential projects Buddy Hield and Donatas Motiejunas the minutes they need to progress but also to spark the team when needed. Overall, Gentry’s game night flexibility, especially changing lineups as needed, has been one of the key differences from recent coaches Monty Williams and Byron Scott.

A trade for a center to bracket Davis just before the playoffs seems like a possibility. Playing the center position can be wearing on Davis, and it has been obvious that he has needed help there for some time. Just before the All-Star game in New Orleans last month, Davis planted his flag squarely on the city of New Orleans by saying, “I don’t plan on leaving, so make sure you write that down.”

Davis’ making the biggest commitment to the city by any sports figure since perhaps 2005 does not come without expectations though. It was clear that Davis demands his team to play hard to make the playoffs, and, even if his team’s front office does not make moves of their own toward ensuring help in the way of trades to push the team there, he says, “We’ve got to find a way to keep fighting. We have a team that is able to compete for the playoffs. … Whatever the front office tries to do, they come to me and ask me my opinion. But right now I’m just trying to help the team win and do my job.”

The Pelicans seems to be trending in the right direction, with a star guard and leader in Holiday who can provide Davis the support he needs to climb the championship ladder — though ultimately more help will be needed to do so.

93
previous Setting the Bar
next Shift in Perspective