The onset of springtime often energizes and inspires one to start anew, aim in a different direction and take chances. Why not savor the flavors of an unfamiliar culture, sip a spirit prepared in a way you’ve never imagined and break out of your comfort zone to experience a New Orleans you’ve never known before? 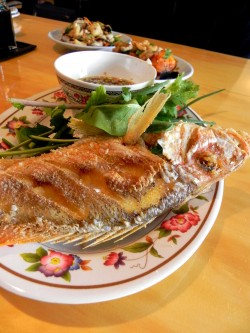 Sip at: Enjoy the cocktails created by bar chef Tyler Chauvin, a native who is “well-versed in the history of libations” at Treo, located on the corner of Tulane Avenue and S. Scott. Taste a Pole Dancer with Becherovka (herbal bitters), Licor 43 and sumac or find out the fuss behind They Call Me Smitty made with Jameson, Hoodoo Chicory Liqueur, crème de cacao and Nocello. If you happen to get the munchies during your happy hour, Treo features Tano — the cuisine of Italy as only Chef Michael Gulotta can create — with dishes like orecchiette with spicy pork sausage, roasted garlic spaghetti with clams and Moroccan barbecue chicken. 3835 Tulane Ave., (504) 304-4878, treonola.com

Catch a flick at: Opened by Brian Knighten and managed by Brian Jones, The Broad Theater is a four-screen movie house that is now open in Mid-City showing independent, foreign and regionally made films at a fraction of A-list movie house prices. Past films shown include The Salesman, an Iranian drama directed by Asghar Farhadi; Kedi, a profile of an ancient city seen through the eyes of a cat; and I Am Not Your Negro directed by Raoul Peck and based on Remember This House written by James Baldwin. The theater also features exhibitions by local artists, matinees for infants and their parents, and weekly dining pop-ups from purveyors like Little Kitchen, Crackburger and Milkfish. 636 N. Broad St., (504) 218-1008, thebroadtheater.com

Revive at: After spending a huge chunk of her career overseeing the bakeries at Whole Foods Market and Rouses Supermarkets, Chaya Conrad decided to scale down her efforts and open Bywater Bakery on the corner of Dauphine and Independence. After wowing New Orleanians with her stellar king cakes during Mardi Gras (can you say Cajun Bouille Custard?), Conrad began offering breakfast and lunch as well. Along with both sweet and savory pastries, like a lemon-rosemary kouign-amann, Bywater Bakery features breakfast go-cups that include options like grits and grillades or boudin hash and eggs. Plus, her freshly brewed coffee is sourced from local roaster Coast Roast. 3624 Dauphine St., (504) 336-3336, bywaterbakery.com

Dine at: There’s a most excellent vibe at Petit Lion, Chef Phillip Lopez’s latest endeavor inside The Troubadour Hotel. Located on the corner of Gravier and S. Rampart streets downtown, this hip, modern restaurant offers the unique flavors that Lopez is famous for in a chic, retro setting. Kick it on a low-slung couch and devour dishes like scallop crudo with passion fruit and pink peppercorn; crab-stuffed deviled eggs; moules frites steamed in vadouvan (Indian spice blend) and coconut milk; or the Petit Lion burger made with Wagyu beef and topped with American cheese and house-made pickles. 1111 Gravier St., (504) 518-5500, petitlionnola.com

Get your groove on at: Located on Frenchmen Street in the Marigny, Maison has it all with a restaurant, bar and live music venue. Featured musicians include both national and local bands — most of the time with no cover — like Aurora Nealand & the Royal Roses, New Legaxy, The New Orleans Jazz Vipers, Higher Heights, Shotgun Jazz Band and Dysfunktional Bone. Maison is open daily starting at 4 p.m. (except Saturdays when they open at 1 p.m.) until the early morning hours. The Frenchmen Street club also offers VIP sections for small groups up to 10 people where you and your crew can chill in style. 508 Frenchmen St., (504)371-5543, maisonfrenchmen.com

Brunch at: Baking guru extraordinaire has done it once again with her third restaurant Toast Fairgrounds located on Gentilly Boulevard. Similar to her popular Laurel Street gem Toast, Toast Fairgrounds offers a lot of the same favorites like sweet and savory crepes, aebelskivers, croque madames and (of course) toasts, but she’s added several worthwhile diversions not found Uptown, mostly in the form of waffles. Try the BLT waffles with thick-cut bacon and a sunny-side-up egg or fried chicken and waffles with maple syrup and cayenne butter. She’s also slinging her first burger made with brisket and roasted tomatoes that wouldn’t be complete without a side of crispy-fried French fries and herbed aioli. 1845 Gentilly Blvd., (504) 351-3664, toastneworleans.com

Ride green at: Grab the whole family and take a leisurely bike ride down The Lafitte Greenway, a 2.6-mile trail connecting the neighborhoods from Armstrong Park to City Park. A $9.1 million project, the Greenway opened approximately three years ago and since has been an essential way for folks to commute from one end of the city to the other. It’s also a great route where pedestrians and cyclists can enjoy new recreation fields, green spaces with shade trees and meadows, and more. lafittegreenway.org

Relax at: Because there can never be enough barbecue, Chef Ray Gruezke of Rue 127 opened Frey Smoked Meat Co. a few months ago in the shiny new strip mall on the corner of N. Carrollton Avenue and Bienville Street. All the usual suspects abound like ribs, brisket, pulled pork and smoked chicken, but Frey also offers pork belly, fried chicken, sausage and burgers — a repertoire any meat-lover can get behind. Try the pork belly poppers with pepper jelly glaze, or a beefy burger with pulled pork, and finish it off with one of the ginormous Frey Shakes — like coffee and donuts, cookie monster or Saturday morning cartoons. 4141 Bienville St., (504) 488-7427, freysmokedmeat.com