Home IN THIS ISSUE Big Men In The Big Easy
IN THIS ISSUE
SPORTS
March 30, 2017 Paul Wegmann 0

Big Men In The Big Easy 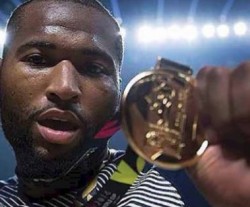 The New Orleans Pelicans roared into spring with one of the most important trades the franchise has ever made, acquiring forward DeMarcus “Boogie” Cousins from the Sacramento Kings. The Pelicans sacrificed arguably little, sending first round rookie Buddy Hield and a future unquantifiable first round pick in return. So it was that a team that had been searching for an identity since the days of Chris Paul, David West and Tyson Chandler suddenly found itself on the brink of possessing the most fearsome twin towers pairing in the NBA since David Robinson and Tim Duncan. If this trade and the prospect of what it might foster in future seasons looks too good, it just might be — as the question immediately arises as to just how the Pelicans acquired a second franchise player for relative peanuts.
There is no guarantee that the pairing would deliver a playoff run in 2017, and, in fact, it did not take long for the Pelicans to fall into a swoon after dealing for Cousins, rendering a shot at the NBA’s post-season tournament unlikely. However the playoffs may have been only the penultimate goal of the trade. The ultimate goal was resolving the future of Anthony Davis and whether the franchise would become about something real, a team with an identity, by most importantly providing a cast surrounding Anthony Davis so that he would not be faced with forever reprising his “one man against the world” role. This is because, in the Association, superstars who do not get support from the front office do one thing: They leave.
Prior to the trade, Davis had delivered six 40-point games during the season, and his scoring prowess was buttressed by rebounding, blocking and movement skills unparalleled in the league. Cousins also had generated top 10 statistics in scoring and rebounding for the Kings. After the trade, together they promised to give a unique set of problems to opponents, as Cousins’ style involved bulldozing big men and small alike, while Davis’ nimble flexibility featured constantly slippery maneuverability around the basket. Both players could shoot reliably away from the key as well. The choice put to the league was obvious: Get run over by Cousins or get spun around by Davis, either way teams would be made to pay.
However the NBA is a point guard driven league in this modern era. Stephen Curry, Russell Westbrook, Isaiah Thomas, Kyrie Irving and Chris Paul are all names that direct winners in today’s NBA. The Pelicans themselves had acted like they had seen that trend themselves when they drafted Hield, and, yet, in less than one year, they turned on their own philosophy in order to take a chance on Cousins. Indeed, since the trade, Hield has seemed freed of the geometry of Alvin Gentry’s Davis-centric offense, and, given the room to aggressively roam, has emerged as a sweet shooting floor leader in Sacramento. Meanwhile, Cousins came typecast as being occasionally undisciplined on the floor, and had the unusual designation of qualifying for an automatic one game suspension for any technical foul received during the season. And it was not long after being transferred to New Orleans that Cousins indeed had to sit out a game for just that.

However, while the risk to teams’ winning dynamic may have been a concern to some franchises, thus lowering the price for acquiring Cousins, for the Pelicans the risk made sense. Superstar players creating complimentary matchup nightmares for someone of Davis’ stature do not grow on trees, and the team needed clearly just that to generate enthusiasm not only among fans but also within Davis himself in terms of believing in his long-terms prospects for remaining in New Orleans. And though Cousins did not by himself create a playoff drive, at the time, his arrival obviously made such a run possible whereas before it had not been.

Opportunity leading to success is about gauging risk. The Pelicans have a tremendous asset in Anthony Davis and another asset in Jrue Holiday, whose standalone value has to be one of the most hotly debated topics in pro basketball circles. How that asset cache translates into success in future seasons depends on retaining those assets. Cousins has another season on his contract, and Holiday could be a free agent as soon as this coming off-season. Resigning Holiday seems imperative as he has finally emerged as a team leader who will choreograph everything inside to Davis and Cousins. That leads the Pelicans back to a precarious position though. Between Cousins, Davis and Holiday, they will not have much cap room to sign the outside shooters, which they now so badly seem to lack. That itself turns the table back to the issue of why Buddy Hield struggled so mightily in New Orleans but has flowered in Sacramento. Arguably, the fit of Davis and Cousins is terrific, but whether Gentry’s offensive strategy can pivot off their advantages sufficiently to consistently win is another matter.

Regardless, Cousins’ perceived weaknesses, his volatile personality and brutish style were a plus to a Pelicans team that so often lacked fire since losing its triumvirate of Paul, West and Chandler. Fans may criticize such seeming undisciplined play and mercurial behavior, but the reality is that the Pelicans needed someone like that on their side of the court. A team must learn to fight before it can win. Cousins can definitely help with that.