You can take the girl out of New Orleans, but you can’t take New Orleans out of the girl. 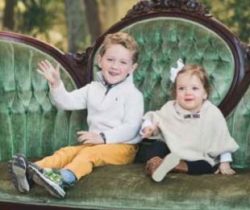 I was 23 when I left New Orleans in search of something new — New York City to be exact. I had never lived away from home (unless you count the years spent in Loyola University’s dorms), and I was itching to leave New Orleans. “It will only be a few years,” I told my friends and family, but, deep down, I didn’t know if I was telling them that because it was true or because it would make them feel better.

When I arrived in New York, all thoughts of returning home vanished. I was intoxicated with the Big Apple and everything it had to offer. I felt so independent living my fabulous Sex and The City life (Well, minus all the sex, fame and designer clothing) that returning home seemed like a long shot. But as the years progressed, I realized that, as happy as I was in New York and as much as I loved living there, New Orleans was my true home. I carried it on my sleeve like a badge of honor, proud to tell anyone who would listen that I was a New Orleans girl.

When I met the man who I thought could be “the one,” I told him that if he wanted to build a life with me he would need to build it in New Orleans. If I hadn’t wanted children, I may have stayed in New York forever, but I couldn’t imagine raising a child who wasn’t from New Orleans. Chris Rose wrote that, “New Orleans is the only city that lives inside you.” It is true. New Orleans is as much of my being as my DNA. The thought of raising a child who wasn’t a New Orleanian was as unfathomable to me as the thought of raising an alien (slight exaggeration). Two weeks before my 32nd birthday and four months before we welcomed our first child, my husband and I boarded a one-way flight from JFK to MSY.

We are now raising a three-year-old boy and a one-year-old girl who are well on their way to becoming full-fledged Y’ats. I wouldn’t want it any other way. Yes, there are days when I curse our decision to move here: days when it feels like it’s 120 degrees outside in May; days when we worry about affordable school options; days when we are ridden with mosquito bites after 20 minutes in the backyard; and days when we can’t enjoy the beauty of a thunderstorm without worrying that our street will flood. But the good days far outnumber the bad.

I will never forget the joy I felt taking my kids to Audubon Zoo and showing them the Tea Room where Mama and Daddy were married. I will never forget the sweet nostalgia I felt lifting them into their first Mardi Gras ladder seats or the excitement on their faces when they spotted the drums in the marching band. I love seeing them experience the kind of moments I cherish from my childhood: going by Mamo and Pop’s house for red beans and rice; getting treated to sno-balls on a hot day; running around Jackson Square like it’s a playground; exchanging friendly “How ya doin’s?” with everyone we encounter. By choosing to raise our children in New Orleans, we are stitching a special fabric onto their hearts.

There may come a day when my children move away from home. If that day comes, I will support them. (I will also cry enough tears to die from dehydration. That will teach them to abandon their mama! But I digress.) I will understand the need to live someplace new, but will pray they choose to raise their families here like I did.

It is often said that when a New Orleans girl moves away she always return home. I can only hope the same is true for New Orleans boys too.