Home IN THIS ISSUE Greatness Arrives At Sunset
IN THIS ISSUE
SPORTS
June 1, 2017 Paul Wegmann 0 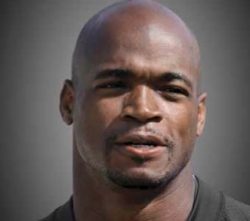 The New Orleans Saints have a long history of being the final home for many a great NFL footballer. Paul Hornung, Jim Taylor, Doug Atkins, Leon Gray and Earl Campbell are perhaps the most prominent names who ultimately hung their helmet for the last time with the city’s franchise. But the last of those names dates to 1984 when Campbell brought his famed oak tree legs and steel beam shoulders to the Superdome turf, bringing a spark to the then perennially woebegone franchise, led by Bum Phillips, that was ever seeking its first playoff appearance. Campbell had always cut a proud figure, never bending, but it seemed the Saints had received him on the diminishing final side of his once glowing prowess. Torn by tacklers, ripped by time and effort, Campbell ultimately wore down before the eyes of the faithful. It would be a long time hence before the Saints would again endeavor to entice an aging potential Hall of Fame candidate to its roster.

In the spring of 2017, everything changed when the powers that be in the Saints’ front office signed certain future Hall of Famer Adrian Peterson to a two-year contract. Peterson, known as “ADP” or “All Day” by fans, is a 10-year NFL veteran with seven All-Pro selections in that span, a former MVP and a former Offensive Player of the Year. Drafted by a Saints’ rival, the Minnesota Vikings, Peterson has run over, around and through NFL front lines since 2007, hammering them for 2,659 carries and receptions, 13,692 total yards and 102 touchdowns. He has run for 100 yards in almost half his games started; he has led the league in rushing three times; and he is second in the league among active players in yards rushing and first in touchdowns scored. By the end of his career, should he end it with the Saints, he has a legitimate opportunity to challenge for the all-time rushing title.

One thing Adrian Peterson has not gained is an NFL Championship — or, for that matter, an NFC Championship. That is because one of his most famous games was the conference championship following the 2009 season when the Saints enjoyed one of their greatest victories ever in defeating Peterson and his Vikings on the way to their own Lombardi Trophy. Peterson shined in that game, piling up 136 total yards and three touchdowns, but he could not drag his team to a title on a day when destiny was plainly on the Saints’ side. Ironically he returns to New Orleans now to chase a championship with the team that blunted his dreams before. Joining Drew Brees, Mark Ingram and Michael Thomas in an offense that seasonally is among the league’s best and highest scoring, Peterson has an opportunity to gain room to run and score like never before.

Only in one season during his 10 has Peterson ever played on a team with a top-10 offense: that very same 2009 season when the Vikings offense was led by a resurgent Brett Favre. Conversely, the Saints have never had an offense ranked worse than sixth in the league during that same span. If that singular season for Peterson — in which he gained 1,819 total yards and scored 18 touchdowns, while playing with an aging but elite quarterback — is any indication, then Saints fans could be in for a scintillating experience in 2017.

The Saints’ run game is traditionally a between-the-tackles, inside-zone scheme that focuses on creating double teams, which allow running backs with straight-ahead instincts to choose their holes and angles instantly. This is the same scheme that Peterson ran in Minnesota for years; however, in Minnesota, Peterson was frequently saddled with poor quarterbacking, which meant that the double team concept was rendered meaningless in the face of stacked defensive lines. In New Orleans, this will be almost impossible for defenses to reasonably attempt successfully as Drew Brees will almost certainly pick apart any mismatches in the secondary and will also surely profit from a lack of edge rush.

Peterson definitely has challenges: age (he’s 32); injuries (he’s missed most of two of the last three seasons with knee injuries); and a new club after 10 years with one team. However, Peterson has a reputation for overcoming adversity, not just his recent quarterback and offensive line woes in Minnesota, but his devastating ACL injury in 2011 that threatened to end his career. Peterson’s response the following season was one of the most remarkable single-year performances by a running back in league history. He piled up 2,097 rushing yards, including a mad dash at the all-time season rushing record in the final game; a roaring 201 total yards; and a two-touchdown exhibition against the rival Green Bay Packers, in which he accelerated past exhausted defenders, leaving just eight yards short of the all-time record.

Stacked with Mark Ingram, who holds certain similarities with Peterson’s run style, and their usual center and guard emphasis in the middle, the Saints may finally have a thunderous running back combination sufficient to meet Head Coach Sean Payton’s oft cited desire to feature a run game equivalent to the passing game that has so long terrorized the league. The theory is that having a strong running back game will protect an aging, but still effective, Drew Brees, while keeping a developing (but in the recent past often very vulnerable) defense off the field, while also chewing up clock and keeping coordinators guessing. In practice, this game plan has been rarely accomplished by the Saints, but, when they have pulled it off, they have succeeded mightily. If the team can pull it off this time, Adrian Peterson may close out his career at the top of his form and carry the Saints with him into the playoffs.