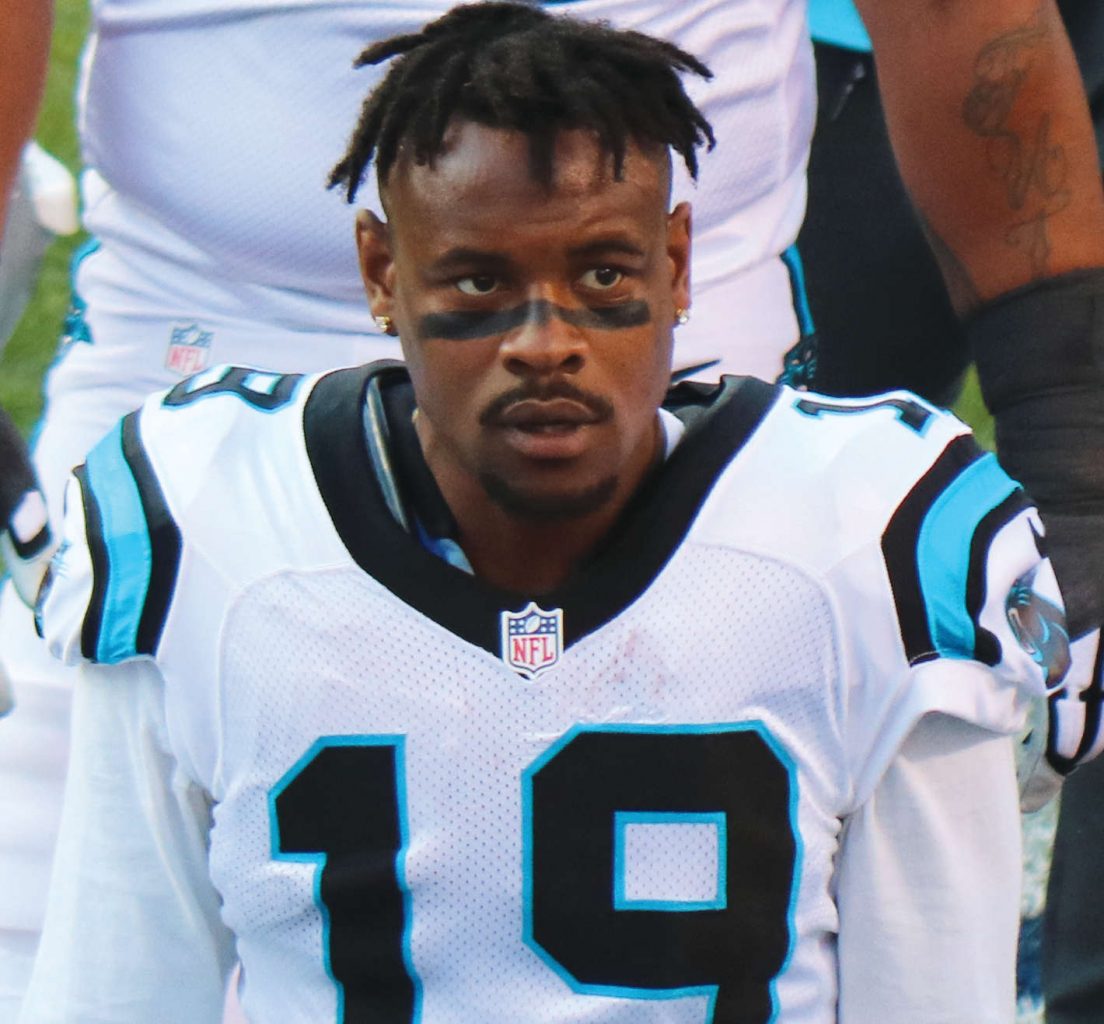 You can never have too much of anything good, or really fast. To paraphrase New Orleans Saints Head Coach Sean Payton at the beginning of the team’s off-season program, the Saints will offer a varied range of wide receivers in 2017: Mike Thomas with his physicality, Ted Ginn with his speed, Willie Snead with his shiftiness and Brandon Coleman with his size and strength. All year long, opposing defensive backs will have to cover the entire gamut of skills and athleticism, meaning there will be a receiver for each and every game matchup and situation. In training camp, Brees immediately opened his yearly exhibition with a few deep throws to Ted Ginn, and the Saints’ all time leading quarterback was effusive in sharing his impressions of him. “I could not be more impressed with Teddy,” Brees said. “I think he is great for that room, just being a veteran guy, he has been around a long time, played a lot of football. I think he has played some of his best football over the past few years too as he has become more veteran. He brings a great element to that room. I think wisdom, leadership and he’s still extremely productive. He certainly doesn’t look like he’s lost a step. He can fly.”

The Saints emerged from the 2016 post-season having traded their steady but scintillating speedster Brandin Cooks for what, via the draft, would ultimately prove to be a much needed offensive lineman, Ryan Ramczyk, and a new potential third down running back, Alvin Kamara, an exchange which becomes seemingly become more prescient as the new season draws near. However, the trade left a sizable hole in the offensive game plan, which Cooks had once occupied — 246 targets, 2,311 yards and 17 touchdowns in the last two seasons, or 123 targets, 1,155 yards and 8.5 touchdowns per year. Presumably filling his spot as second wide receiver would be Willie Snead who could likely pick up a fifth of those targets. Meanwhile, over the last two seasons in a rushing oriented offense captained by an occasionally erratic Cam Newton in Carolina, Ginn averaged 49 catches for 746 yards and 14 total touchdowns. However, now with the Saints, 100 targets, 65 receptions, 800 to 900 yards and 8 touchdowns seems very possible for him.

Drafted ninth overall in the first round of the 2007 draft by the Miami Dolphins, Ginn has had a long trek to his arrival with the Saints. After playing much of his early career in Miami with an assortment of journeymen quarterbacks, Ginn later played in a series of rush-first programs in San Francisco, Arizona and Carolina. So while Ginn did ultimately get to demonstrate the talent that had earned him such recognition in his college days at Ohio State with such elite quarterbacks as Alex Smith, Carson Palmer and Cam Newton, the opportunities to do so were only occasional to rare, while playing for ground-it-out head coaches such as Jim Harbaugh, Bruce Arians and Ron Rivera. Playing for Sean Payton and his aerial circus should be another matter altogether.

Ginn has a very comparable build (at 5-foot-11-inches, 178 pounds) to Cooks (at 5-foot-10-inches, 189 pounds), and, perhaps being one of the handful of players in the league who can fairly claim to be as fast (both have clocked in at sub-4.3 40 yard times), should fit squarely into his deep threat role.

Ginn’s ability to take the top off defenses, which forces defenses to devote additional safety help, is important to what the Saints do on offense. As Ginn’s ability to gain separation is also a feature of the Saints’ offense. Despite one of the most prodigious passing tallies in NFL history, Drew Brees has never been a powerful deep thrower, often relying on his accuracy, ball placement and timing with receivers who are required to run nearly perfect routes leaving them open in the exact place and time desired. The one aspect of Ginn’s game that has generated criticism in the past has been a relatively low 51 percent career catch rate. (For comparison Cooks had a 66 percent catch rate; Mike Thomas had a 76 percent catch rate; and Willie Snead had a 60 percent catch rate.) But a full off-season of workouts and extra training with Brees himself has done wonders for the development of receivers of all sorts over the years, especially in the way that Brees engenders a personal bond based on dependability and trust.

One other factor for Ginn could be his age. At 32 years old, he will be the oldest Saints receiver on the roster. But again, the Saints and Brees have drawn career years out of older, previously under-appreciated receivers in years past — not the least of which was Benjamin Watson, who, in 2015, set across the board personal bests at age 35. One final piece to the Ginn puzzle will be his skills as a returner as he can also serve as an effective punt and kick returner — a position where the Saints have lacked a serious, reliable threat for several years, at least since Reggie Bush’s and Darren Sproles’ heydays. Ginn has had six seasons in the top 10 for punt return average and is currently ranked third among active players in career total punt and kick return yardage (Sproles of course is ranked first).

The Saints showed faith in signing Ginn to a three-year contract, and Ginn still seems intent on proving that he is not just a return and deep threat specialist but rather the receiver with the full skill set that made him a top 10 pick 10 years ago. Ginn may have found just the one perfect situation in the NFL that will finally make him a receiving star.

64
previous Backyard Magic
next Enshrining the Past, Illuminating the Future