A Plan to Grow UNO

As the president of the University of New Orleans, John Nicklow, PhD, champions the university for students and the city alike. 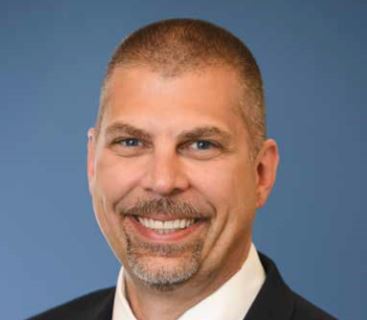 With national studies showing its graduates start their careers with lower debt and higher salaries, it’s no wonder that the University of New Orleans has been called the region’s best kept secret.

And frankly, that irritates UNO’s president, Dr. John Nicklow, to no end.

“There’s no reason that has to be a secret,” he says. “I’m going to shout it from the rooftops and tell everyone who comes here. It’s a prestigious degree, a well-received degree nationally. And look at what we’ve done in terms of campus life and feel. When students visit — it’s a welcoming, supportive and beautiful campus we have here — they typically end up attending this institution.”

Dr. Nicklow says he doesn’t have to look far to brag about the value of a UNO degree. In fact, the Brookings Institute just released a study showing that UNO is third in the nation of selective four-year public research universities for educating the highest share of students from the lowest income households. “It’s something we’re very proud of and a great sign of the work we do to boost social and economic upward mobility for our students,” he says.

Other statistics he’s eager to share: According to payscale.com, UNO students have the highest early career salaries in the state for all four-year public university grads. A US News and World Report ranked UNO 16th for lowest graduating debt load. The University generated a $470.5 million economic impact for the city in fiscal year 2015. Finally, there are more than 42,000 UNO alumni living and working in greater New Orleans. “So the city literally does not work without UNO at its side,” he says.

But Dr. Nicklow doesn’t just want to spout numbers. He wants to show you the new fountain in the center of campus, which has become a popular study spot. He wants you to tour the labs so you’ll see the research opportunities available, even to undergraduate students. He would like you to take a long look at the myriad undergraduate, graduate, doctorate, and even online and non-credit certification educational opportunities, from accounting urban studies and all the math, engineering, hospitality and fine arts in between. There you can join the increasing number of students; freshman applications are up 20 percent since last year and new student enrollment numbers are up 25 percent for fall.

For Dr. Nicklow, it isn’t just about developing UNO’s local presence and boosting enrollment — even though he has set an ambitious goal of growing student enrollment to 10,000 within five years. It’s more about helping kids succeed.

“I try to connect everything I do back to the student,” he says. “We don’t exist if not for our students, and that is our mission: to educate those who would otherwise not have the opportunity. That’s what drives me to affect a larger number of lives and make it transformational for so many.”

In fact, he left a solid civil engineering career designing wastewater collection systems on Native American Indian reservations to get his doctorate and focus on research academics. He soon found he was as interested in engineering student success as he was teaching civil engineering itself. He served in multiple department-chair and provost positions at Southern Illinois University in Carbondale before coming to UNO as provost.

After just eight months to get situated, he found himself taking the reins as the seventh leader of the university. Now despite state budget shortfalls, he’s constantly building relationships, seeking new revenue opportunities, reaching out for local partnerships and trying to kickstart more federal grants. All in order to serve the students. Like one freshman in particular who came in with an idea for a magnetic engine. Dr. Nicklow helped connect him with a professor and a grant.

“He learned a lot from it,” Dr. Nicklow says. “And it gave him ideas for the next level of research. This is how new ideas are developed. That’s one of the reasons I’ve only worked with research universities, sharing the ideas that make industries flourish or are going to cure diseases. I’d rather that than sharing what we already know.” uno.edu

Earliest memory: “My father called me ‘doc,’ and I have no idea why,” Dr. Nicklow says. “He always remembered that. And [after getting my doctorate] he said, ‘See … I told you, Doc!’ My father — who passed away a year ago — and four of his six children are all some sort of educator. Education runs deep within my family — and all of it public education.”

Craziest memory: “I wrestled a steer,” he says. “It was part of a rodeo on a Navajo reserve. I survived … I’m not saying I would do it again, but ….”

New memory: “New Orleans is just wonderfully full of culture and a diverse community of people,” Dr. Nicklow says. “Our campus is the same — wonderfully accepting of people and ideas. I’ve been nothing but welcomed here. My whole family has. I think my 16-year-old son put it best, ‘Dad I think I found my people.’”

170
previous Made The American Way
next Delivering on Expectations