The Dish on Diabetes 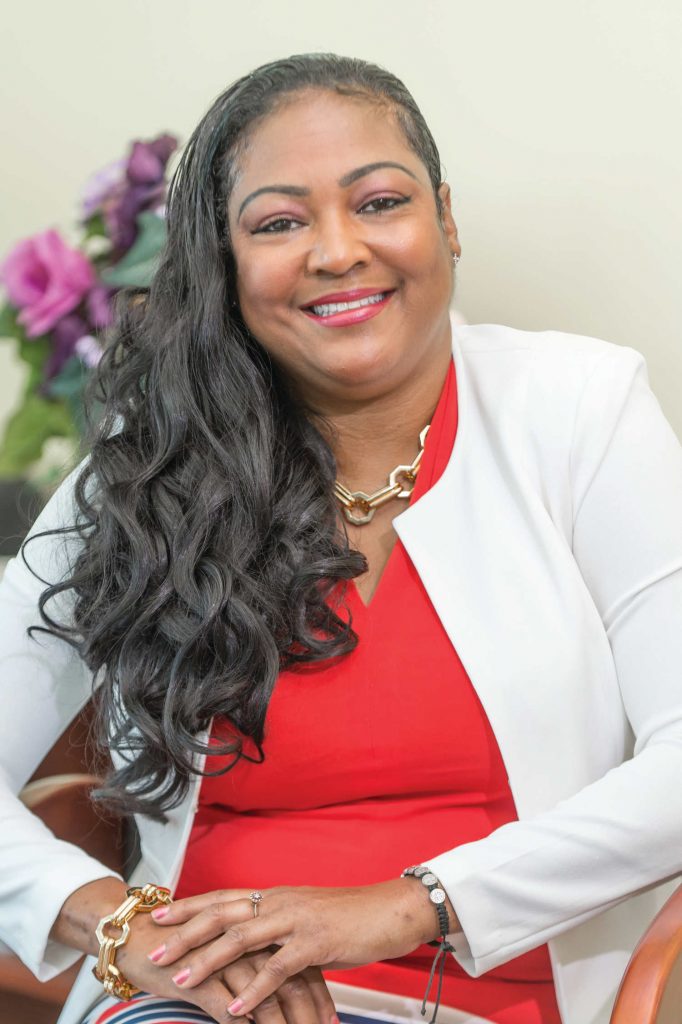 Felice Mitchell Guimont was born and raised in the Lower 9th Ward as the eighth of nine kids. “We lost my brother Maurice to undiagnosed diabetes a few days near Christmas,” she says. “He was two years and I was one month old. This resulted in my parents becoming more aware of the signs and symptoms of diabetes. At the age of 11, my parents noticed that I had a dramatic weight loss, began bed wetting, was always thirsty and ate like a longshoreman. My parents checked my urine at home with Test Tape, and instead of being yellow, my result was black, which was consistent with diabetes. I was brought to our family doctor, David O. Shurden M.D., who diagnosed me. He was very progressive and had a holistic/medical approach to diabetes management. I was educated on how to eat, and began an intensive vitamin and supplemental regimen. He cared for me into adulthood … I’ve thrived with this disease for over 43 years.”

Having diabetes inspired Guimont to go into the medical field; she has had a successful career as a registered nurse for 27 years. Now, the Certified Diabetes Educator is helping people learn to deal with diabetes on a new television show called Reversed — hosted by celebrity chef Charles Mattocks (a world diabetes advocate and nephew of Bob Marley).

One reason that diabetes is such an important issue for Mattocks is that he has the disease. “I have seen what uncontrolled diabetes can do, and it’s nothing I want to deal with,” he says. “Also because I have traveled the world and have seen many that I have come to know and love suffer and even pass away from diabetes complications. Also because it needs a face — it needs a bigger voice. Diabetes needs a superhero that can push this movement and message forward, and I hope I can play that role. Every day I hear about new stories and see friends that are in the hospital or just simply lost with this condition. So the fight is very personal.”

For Guimont, it’s important to find a cure for this deadly disease. Her rationale for being on the show was from a desire to not be a wasted resource. “I reached out to Charles Mattocks because he held similar ideas about educating people on a large scale,” she says. “Reversed will allow for access to diabetes education on a wide scale regardless of access to medical support, insurance issues or ability to afford education. It also gives privacy in the home for people who may be reluctant to be in a group setting, or those who are embarrassed about having the disease.”

There are five people featured on the show, which premiered July 17 and runs for 10 weeks until Sept. 18 on the Discovery Life Channel. The show’s focus is diabetes, but it also focuses on overall health. P”eople with diabetes suffer from many other conditions such as high blood pressure and cholesterol issues,” Mattocks says. It’s a great show for anyone that wants to improve who they are from a mental to physical standpoint. Awareness is key and we need to help get people tested and also pointed in the right direction to those that can help them.”

Currently, Guimont is continuing to work with the Reversed cast and crew, and she is working on completing a documentary that Ochsner Health System is making for diabetes. She has a Facebook page entitled: “Diabetes: Beating the Bully and Enjoying Life.” facebook.com/beatthebullydiabetes, reversedyourhealth.com

“My motivation for maintaining my nutritional goals is keeping my quality of life and independence,” Guimont says. “I sing in a popular band here in New Orleans named the Revealers, and perform at many local festivals. I enjoy filming documentaries and am featured in One Note at a Time, which focuses on the wellness of New Orleans musicians after Katrina. I believe my purpose of having diabetes is to be a living example of how ones quality of life is not predicated by a medical condition.”

“I eat mostly fresh, non-starchy vegetables and a lean protein like baked, skinless chicken breast, baked fish or an occasional lean cut of beef,” she says. “I allow myself to enjoy holidays and special occasions. A piece of pie on Thanksgiving isn’t a problem, if we do what we’re supposed to for the rest of the year. My fuel is usually grilled chicken, fresh collard greens, a small baked sweet potato and a tossed green salad,” she says. “I love this, especially when I use Caribbean seasonings. I almost always drink lemon and water, or add other infused flavors. My favorite food is boiled crawfish. If I feel like they’re too salty, I boil the salt out and enjoy. The caveat about living with diabetes is to make lifestyle changes at an individual pace without putting one self at risk.”

“The success for me in regard to being on Reversed is my satisfaction around fulfilling my purpose,” Guimont says. “I have a burning desire to reach as many as I can transparently and authentically. After witnessing the horror stories and misinformation circulating about this disease, I’m compelled to attack it on a wide scale. Too many people are dying unnecessarily from diabetes. It can be deadly, but it is very controllable. I also was gratified in giving others what I always wanted during the course of my life with diabetes: love; support; non-judgement; and accurate education.”
WISE WORDS

For those living with diabetes, Guimont says:

It’s not your fault.
You’re not a bad person.
You don’t have diabetes because you’re lazy.
You don’t have diabetes because you ate too much sugar.
Balanced blood sugars come and go. Every day is a new opportunity to start fresh.
Think of the people who love and care for you before you make a poor decision.
Set goals for what you want to have happen with your health.
Be courageous enough to ask your provider for help with understanding diabetes.
Watch Reversed to see what happens when positive behaviors give real results.

Know what diabetes is and how to manage it.
Know how to test and why you’re testing.
Find great doctors and specialists like diabetes educators and dietitians that can help you in your journey.
Understand the complications and figure out ways to avoid them.
Exercise and get an eating plan that works for your body.
Stay away from bad foods that are harmful to your healthy lifestyle.