They say a child will lead us. 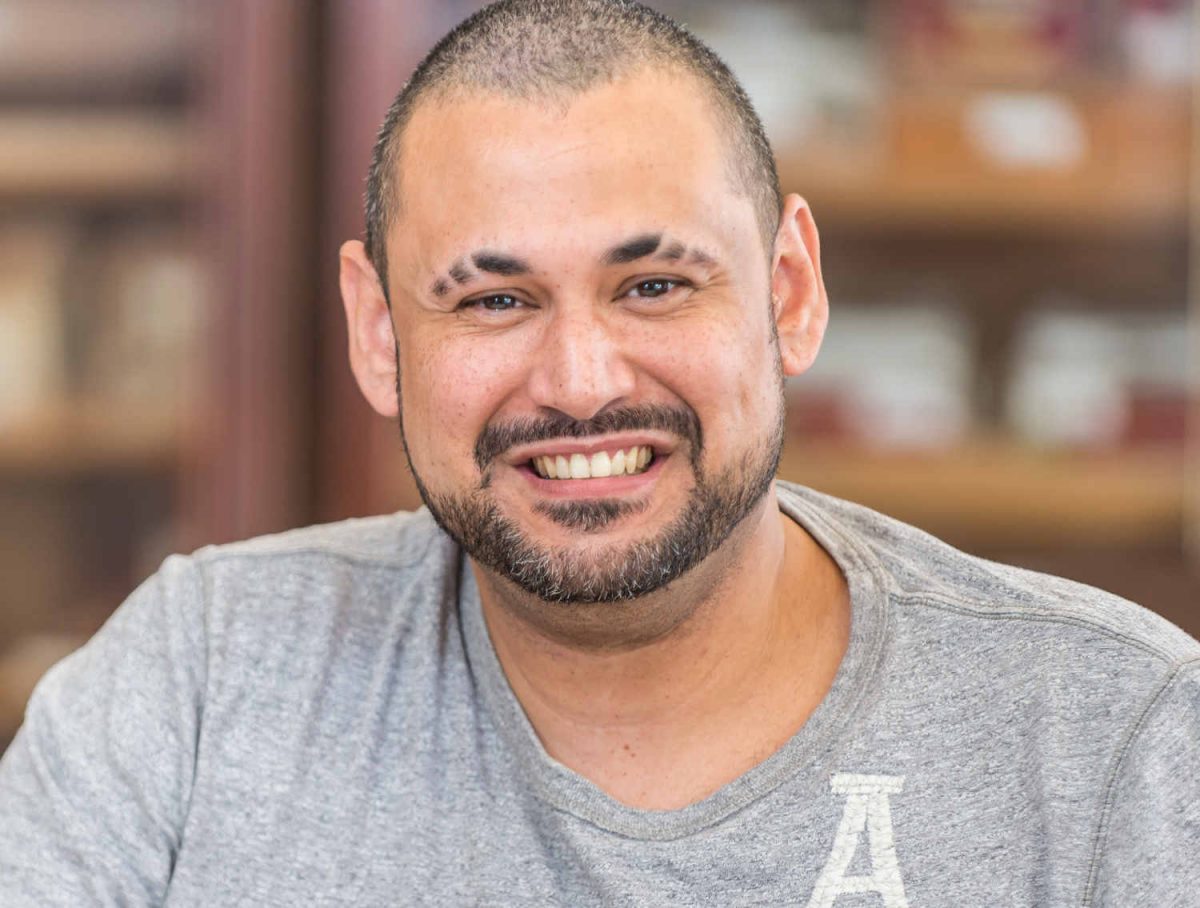 They also say a child will follow your example and not your advice.

When Josh Cazabat’s 6 year-old daughter asked why he wasn’t in school, he realized while explaining it to her that he didn’t have a very good answer. “How am I expecting to get her to finish school if I don’t even have something that’s equivalent?” he asked himself.

And so that child’s question led him back to the books and finally to the stage at Loyola University this May, when, at the age of 34, he was awarded his high school equivalency General Education Diploma. As he crossed the stage, his big, extended family went bonkers.

“They were jumping up and down,” Cazabat says. “My wife was in tears; everyone was so excited. The kids were the biggest part of it.”

Cazabat’s success was thanks in big part to the Adult Basic Education programs offered through the Literacy Alliance of Greater New Orleans. In addition to advocating for increased resources for adult education, LAGNO champions adult education instructors. And every May for the last 10 years, graduates like Cazabat have received their diplomas at the LAGNO graduation.

That piece of paper has huge significance for Cazabat, his wife, Elizabeth, and his five children. Instead of looking for the next “better” job, he feels he’s looking at a future. “It has changed things drastically,” he says. “I’m looking at a career scale of going to college. Even though I have kids and a family to support, I’m showing them that education is No. 1. My wife and I want to make sure they look up to us and say, ‘My parents did it, so I have to do it too.’”

He and his wife, with the support of their loving families, plan to start a business administration degree at UNO together next year. “We’ve made it a point to be stern about it,” he says. “We are going back.”

Cazabat says getting to this point wasn’t without some tremendous struggles. Just making it to and through class was an undertaking. At his weakest moments, his teachers got him through, he says. Several times, when it was too much or he thought he might need to quit and take on more work hours, a teacher would pull him aside to encourage him. Once, when his car broke down on the way to class, he sat on the side of the road, defeated, but his teacher saw him as she passed and stopped to offer to pick him up.

Cazabat and his wife have also struggled with depression since their teen years. Now he’s writing a book (an adventure/love story for teens about a family overcoming depression) and planning a series of YouTube videos to share his motto: “Stay alive, keep living.” He wants to lift people up so they don’t give up.

“Don’t let what we go through dominate us — we have to dominate it,” he says. “I grew up in a negative world being told that I couldn’t do things. I used to be scared, and used to wonder and stress-out worrying. I’ve learned that fear held me back enough in my life. At 34, I’ve waited so long. I’m not going to let that fear stop me. No matter what comes up, I’m going to be able to conquer it.” literacygno.org
Cazabat’s motivation: Twins age 7, and three other children, ages 6, 3 and 4 months. And of course, his wife of 10 years, Elizabeth.

Past jobs: Bartending, clothing sales and massage therapy after attending a tech school program (but he didn’t enjoy it).

Dream job: Owning his own business with his wife (and publishing his book).

What works best for depression recovery? Two things: love and family. “I never realized how powerful love could be,” he says. “Love comes in all shapes and sizes, whether you’re religious or whether you’re just living life. But on the spiritual side, believing in God has helped. And also, every single time I look at my wife, seeing her go through depression causes me to be stronger for her. It’s a choice. Am I going to let this fear overcome me or am I going to be strong enough to be there for my kids, to be the father and husband I need to be, and be there for the people who need me?”

194
previous A Plan to Grow UNO
next Meagan Miller: Faith and Fitness