It’s the hottest month of the year, especially in New Orleans, but we’ve got lots of suggestions on how to heat up your weekend, while still maintaining your cool. 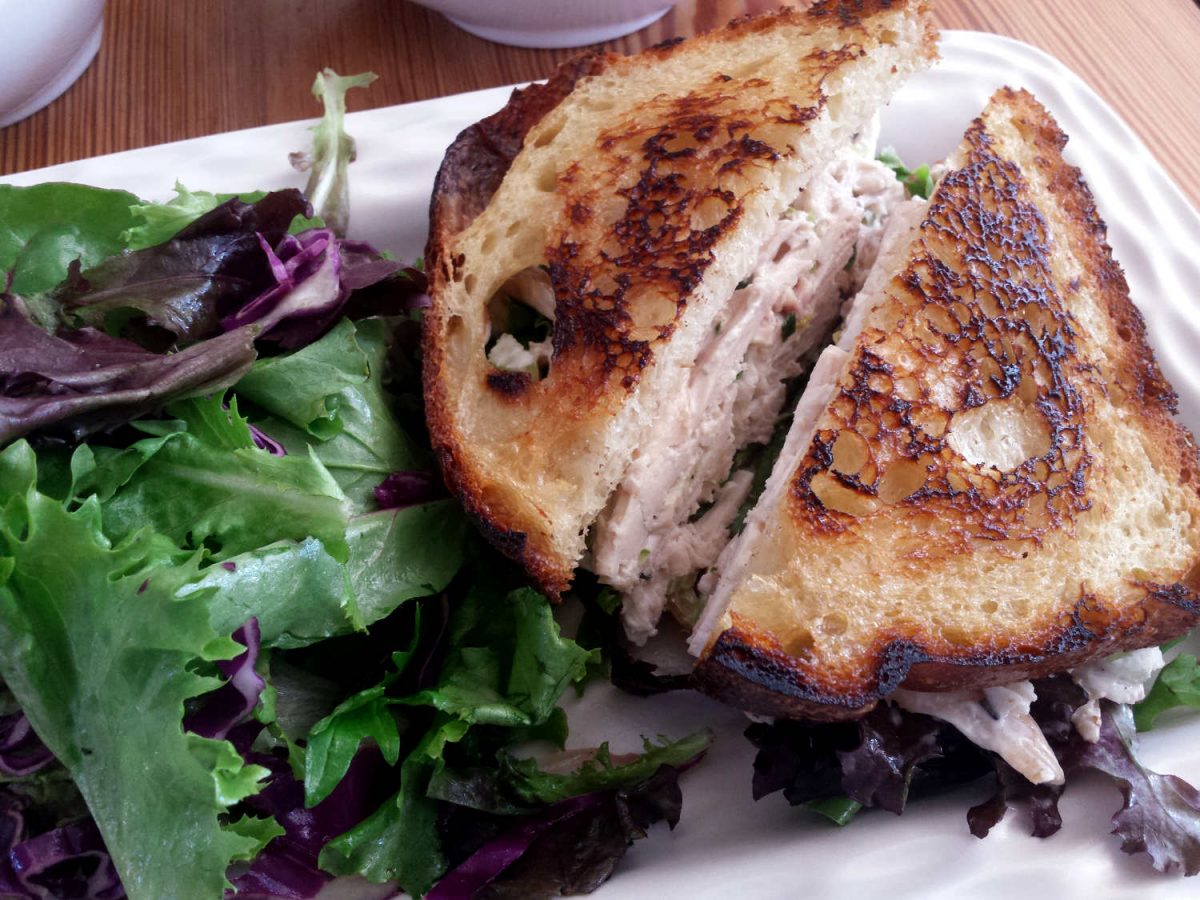 Lunch at: From the folks who brought you the Fat Falafel food truck, 1000 Figs has quickly become a neighborhood gem in Bayou St. John, one well-worth a slot on your list of favorite lunch spots. Owners Theresa Galli and Gavin Cady have created a cool atmosphere for their simple, yet delicious menu, featuring dishes like falafel (of course); ricotta toast; summer squash; spiced lamb and pork hummus; burrata; French fries with toum; and an irresistible chicken salad sandwich on semolina made fresh from Leo’s Bread. 1000 Figs is open Tuesday through Saturday from 11 a.m. to 9 p.m. 3141 Ponce de Leon St., (504) 301-0848, 1000figs.com

Explore a Louisiana landmark at: The Pitot House, which is more than two centuries old, is the only Creole colonial country house open to the public in New Orleans. Originally built as a country retreat along the Bayou St. John, The Pitot House now serves as the headquarters for the Louisiana Landmarks Society, which painstakingly restored the property to reflect the style popular from 1810 to 1819 when James Pitot (the third Mayor of New Orleans) lived in the house. Restoration included the home’s unique stucco-covered, brick-between-post construction and double-pitched hipped roof. Inside, the home is furnished with American and Louisiana antiques. 1440 Moss St., (504) 482-0312, louisianalandmarks.org/visit-pitot-house

Sip at: Enjoy well-crafted cocktails from one of the country’s most revered bartenders Chris McMillian at Revel Cafe & Bar. Open for more than a year now, this Mid-City bar and restaurant on North Carrollton Avenue serves an incredibly huge range of cocktails from the classics like a Sidecar or an Old Fashioned to house creations like The Sazerac Royale with Old Overholt Rye Whiskey and sparkling wine or the Doctor’s Orders with Woodford Reserve Bourbon, crème de cacao and Benedictine. Revel also features great eats from McMillian’s son-in-law Jose Ayala who formerly baked at La Boulangerie. Menu items include crispy chicken wings in a garlic ginger sauce, smoked drum tacos, Gulf shrimp salad and a crawfish grilled cheese sandwich. 133 N. Carrrollton Ave., (504) 309-6122, revelcafeandbar.com

Revive at: Located in the basement of a double Craftsman-style house in Bywater, Sólo Espresso is a “third wave” coffeehouse offering affordable coffee drinks and a laid back attitude. Serving Miami-based Panther Coffee (and others), this quaint and virtually hidden cafe offers drip, manual brew and espresso drinks along with tasty breakfast pastries from Port City Pantry, weekly pop-ups and specialties like cardamom soft-serve for an intoxicating affogato. 1301 Poland Ave., (504) 408-1377, soloespressobar.com

Dine at: If you’re looking for a West Coast flair in your dining adventures, look no further than Paladar 511. Located in the Marigny, this neighborhood pizza joint is owned and managed by a team of California — Jack Murphy, Susan Dunn and Ed Dunn — who have brought their pizza and pasta to the Deep South and have flourished. With exposed brick walls and a warehouse feel, Paladar 511 offers a comfortable, casual environment with touches of elegance like unique chandeliers, colorful artwork and, of course, incredible cuisine. Try the house made raviolo bursting with the flavor of maitake and porcini mushrooms and oozing egg yolk and ricotta; share a small four-cheese pizza with crisp crust and roma tomatoes; or devour the delicate pappardelle served in a spicy pork sausage ragu. 511 Marigny St., (504) 509-6782, paladar511.com

Laugh at: Founded by Chris Trew, Tami Nelson and Brock LaBorde in 2009, The New Movement is a 100 percent comedian-owned and operated company with improv theaters in both Austin and New Orleans. Not only does TNM offer hilarious, interactive comedic performances, it also teaches improv and sketch comedy to children, adults and businesses. Support our local comedians and catch a show at the theater on St. Claude Avenue. Performances include an “anything goes” show dubbed Dean’s List, an Austin troupe called Claws with Fangs and an LQBT storytelling and stand-up showcase called Greetings, from Queer Mountain. 2706 St. Claude Ave., (512) 788-2669, newmovementtheater.com

Brunch at: Tucked away in the Riverbend on Hampson Street, you’ll discover Carrollton Market, a neighborhood gem that opened three years ago and has been wowing diners since. Chef-owner Jason Goodenough is drawing foodies from near and far with dishes like his flash-fried Oysters Goodenough with Benton’s bacon and Bearnaise or pan-roasted sea scallops with Indian-spiced potato and tamarind chutney. For brunch (which was recently extended to Thursdays and Fridays), get a taste of the poutine with cheese curds and sausage gravy or the Creole cream cheese-stuffed French toast with Mississippi blueberry confiture. 8132 Hampson St., (504) 252-9928, carrolltonmarket.com

Relax at: There’s nothing quite like a restaurant where you can arrive in shorts and flip flops and be treated to the same, incredible food you’d be served if you were wearing a suit. Welcome to Chef Edgar Caro’s Basin Seafood & Spirits on Magazine Street replete with courtyard and patio dining — a perfect spot to end (or begin) your weekend frivolity. Share an octopus ceviche with satsuma and habanero, seafood gumbo with popcorn rice, or cornmeal crusted and fried farm-raised catfish with corn maque choux and pecan bacon. You’ll also want to take advantage of the well-crafted cocktails like the Cucumber Firecracker with Wheatley Vodka and pineapple or a taste of the Good Life with Hendricks Gin, fresh basil and Peychaud’s Bitters. 3222 Magazine St., (504) 302-7391, basinseafoodnola.com

Catch a late-night flick at: Open for more than a century, the Prytania Theater run by the Brunet family has long been a go-to for local denizens seeking the old-school charm of a classic theater. Though the Prytania often has current feature films, it is also well-known for showing silver screen classics on Sunday and Wednesday mornings like Alfred Hitchcock’s To Catch A Thief or From Here to Eternity with Deborah Kerr and Burt Lancaster. The theater also features a “late-nite” series on Sundays at 10 p.m., which recently featured the works of director Christopher Nolan like Memento and Inception. 5339 Prytania St., (504) 891-2787, theprytania.com